The Onyx group was first on the place of the mission.
On the left flank was be both Ikadrons, E-drone, Nexus operative and Med-Tech. On the middle – Q-drone. On the right flank – link of Unidrons with Nexus hacker and Bit. The Imetron was lost after landing. My opponent has all the main forces (link Dakinis, Camos, Shukra and Apsara) is located on the middle. On the flanks put Lamedh’s and one Netrod, the second was lost after landing. From the reserve to the flank tried to infiltrate Greif but failed the mission and was direct in front of the main forces of the opponent. In response to the right flank deployed Mk5 and behind of link Mk1 engineer.
The battle begin.
The Bit goes to the HVT simultaneously capturing the antenna. Then successfully extracts data from HVT (get objective HVT: ESPIONAGE). Then place repeater near by link of Dakini with speculative fire. After E-drone hacks interphone system (Exile programm) Dakinis link and cancels it. Trying to take advantage of the commotion q-drone and Unidrone-sniper is trying to kill a Dakini sniper, both were stopped by a well-aimed shot. To remedy the situation involved drop unit. Fraacta successfully dropped into the blind area on the left flank. Where, in the back, successfuly shooted Shukra, Mk5, Lamedh and Naga KHD in camouflage. Next order, Greif tried to retreat into a large building but was shooted on the way. The OSS group has Lost of Lieutenant. Using tactical reserves (2 Command tokens), the opponent managed to defuse Fraacta (but it took 4-5 orders) and regroup. In my turn, i’m use tactical reserves to reinforce in to the first group two Ikadrons. Unidrone with Spitfire in the link gets a Assisted Fire from Nexus hacker. Link is attacking the center. Defusing the resistance of the Dakini-sniper and the Dakini-HMG, took control of two more antennas on the middle. After recovering from the loss of OSS stormed the position of link. Dart in camouflage eliminate with one E/M grenade off three Unidrones. Then go to assault the nearest antenna with two Dakinis and the dart. But Unidrone with K1 Combi with three precision shoots stop them all.For secure the success, Nexus lieutenant tried to take under controll another antenna from the right flank but was killed by a MK2-Sniper. Nexus hacker made a breakthrough to the far antenna on the center with success taking it under control. One Ikadrone received a buff ARO (EVO: Overclock) stood up from the flank for control two Central antennas. Engineer OSS sacrificing himself in his turn repaired one Dakini completing the objective TEST RUN.
The results of the mission: Onyx controls more antennas. (4 points). Onyx killed more specialists (2 Dakini-paramedic, Mk5 FO, Naga Hacker, engineer MK1 vs Nexus operative. 2 points). The data extracted by Bit turned out to be false (counter-espionage rule in the mission). OSS complete one classify (1 point). 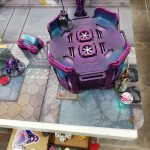 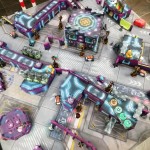 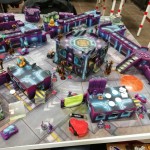 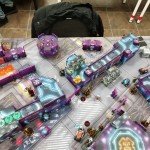 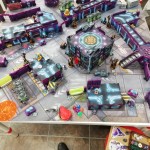 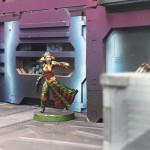 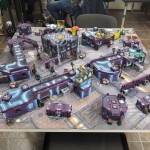 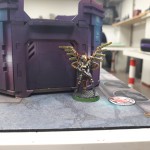 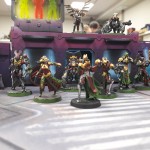