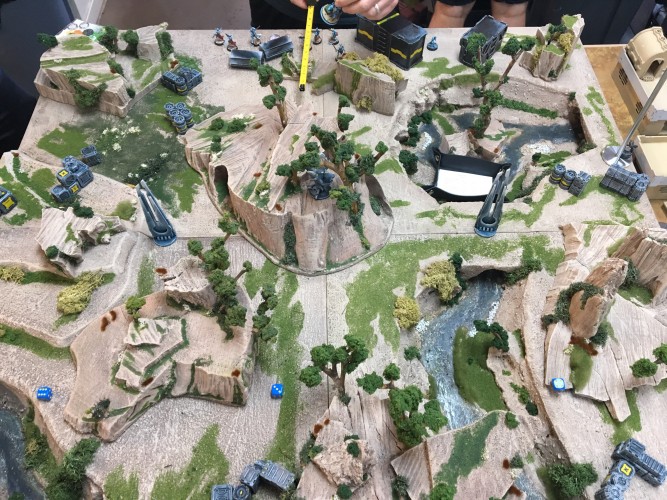 An Incursion Force from the Military Orders is discovered moving through the desert greenhouses towards traffic control. 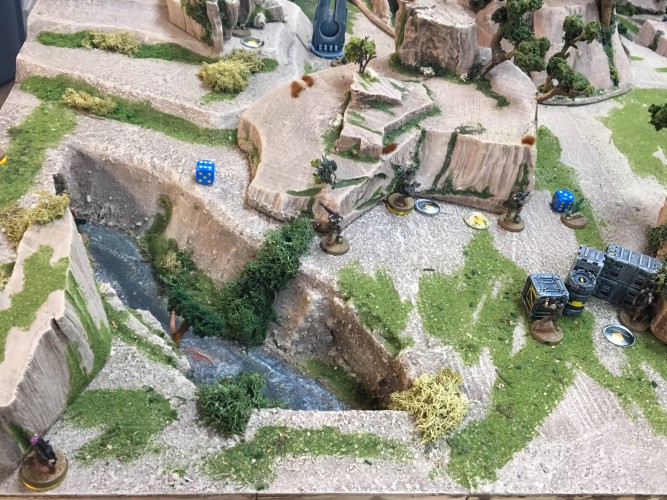 The Ghulam and Muyib teams hold down the center and left flank. 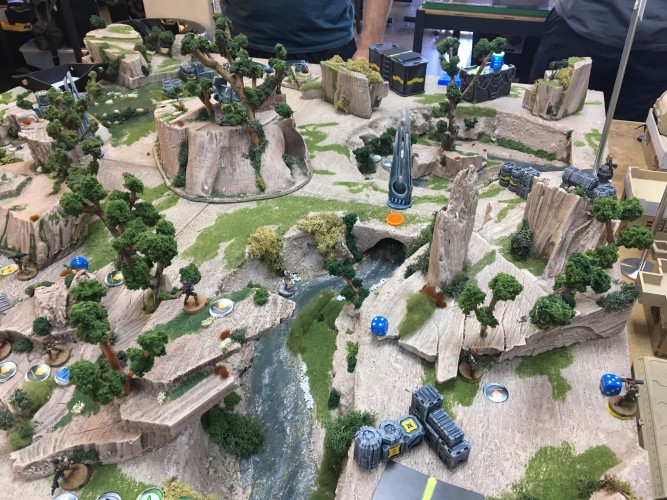 A small group of irregulars easily protects the right flank with the help of the natural terrain features. 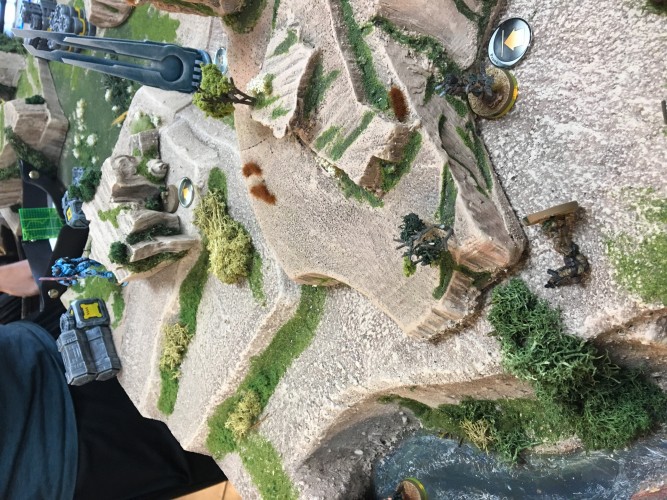 The enemy Tikbalang thrashes our left flank before we can regain the initiative. 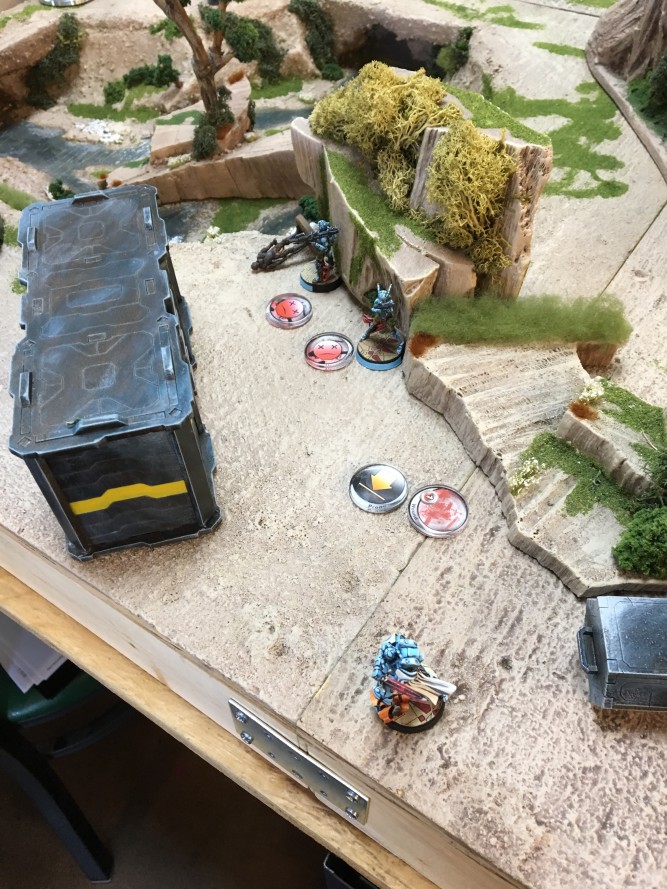 The Fiday downs four light troops, but gets shot down by a Father Knight’s spitfire.

Generally, even enemies of Haqqislam have the good grace to steer clear of our arcologies and hydroponics on Novvy Bangkok, as such examples of nature are rare. But not so the haughty military orders. The broke through the hermetic seal and advanced on the Traffic Control center from below, laying waste to human and nature alike.

We were hit almost immediately by an enemy Tikbalang, which killed several daylami and Muyibs before we were able to launch a counter attack. A pair of Muttawi’ah charged forward, blasting with their E/Marats but to no effect. Every projectile bounced off the TAG’s thick skin, although a single anti-personnel mine blasted upward and did some minor damage.

I ordered our fiday to attack from the right, and a brutal use of shotgun rounds saw the enemy’s machinest and three Order Sergeants down for the count, while the Ghulam team’s missile launcher accounted for a fourth. But the Panoceanian Force wasn’t through, and attacked again despite their casualties. 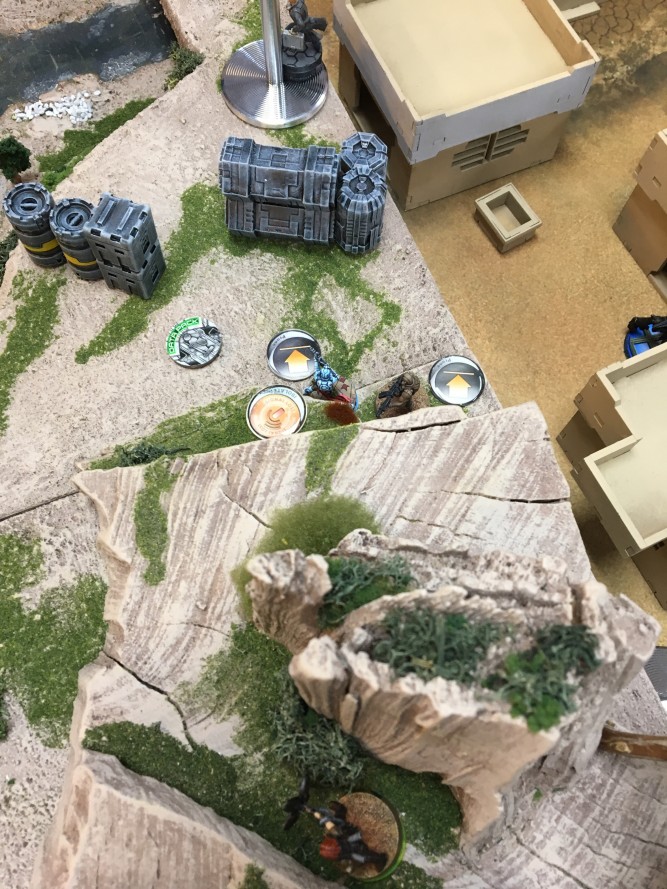 With the help of our last Muttawi’ah, we eliminate the enemy’s Liaison Officer; no negotiation. 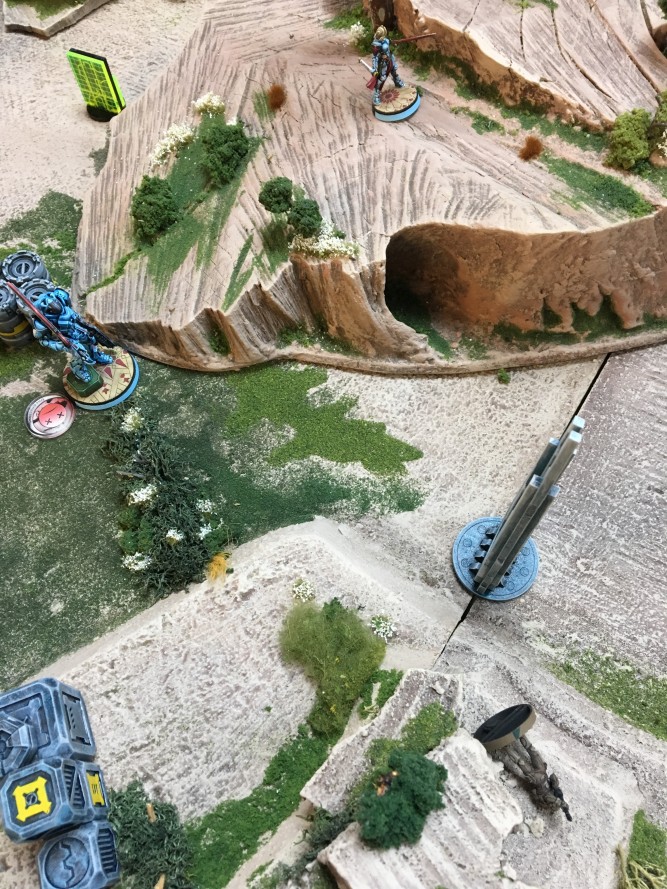 The Tikbalang finally goes down to Combined fire from the Farzan and the Muttawi’ah. 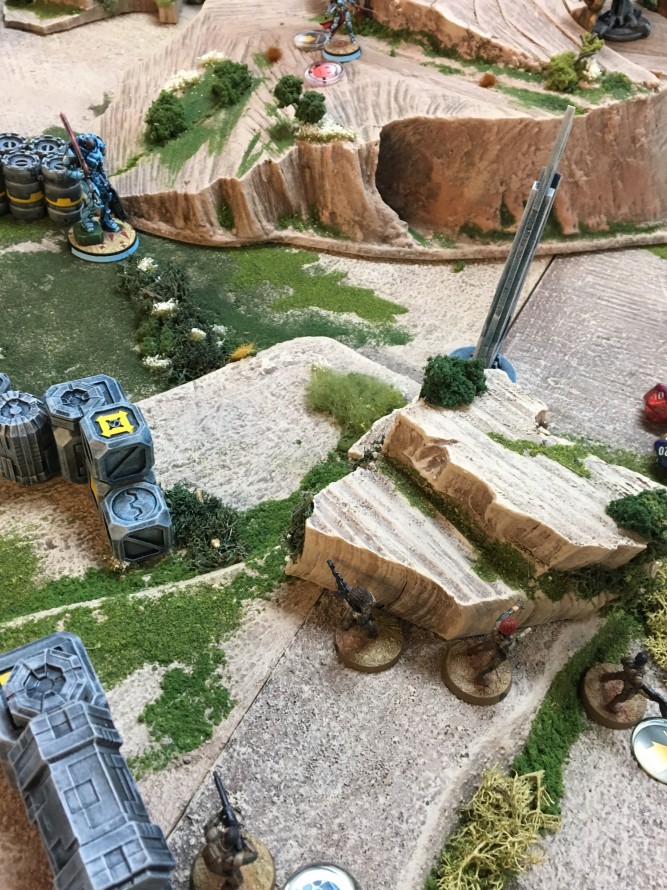 Dakka dakka dakka!!! The Ghulam HMG shoots down Joan of Arc, the Tikbalang, and the Father Knight.

The enemy Tikbalang sprang to life again and attempted to retreat, but our Farzan minelayer put two shots into it with his boarding shotgun and took it down; he died to the flamethrower. With the threat of the Tikbalang removed, it was time to donor die.

I ordered the Ghulam team to engage the enemy. Rising from cover, the heavy gunner engaged Joan with a full burst of fire, putting massive holes in her armor and causing her to hit the deck. With the immediate threat removed, they charged up the left flank to do as much damage as possible. After a bit insubstantial run, the rounded a rock formation and removed the threat posed by Joan. The heavy gunner then leapt from cover and finished off the Father Knight for the departed fiday.

With only a confused Tech Bee remaining, we secured the arcology and reported the victory back to the High Command. PanO would make no inroads today.

OOC: cconner and I played frontline for the first round of Arizona Armageddon. It was a great game and I can still hardly believe I survived his first turn. It was a fun game and a pleasure to play.