Fought At The Gallery Maze: The Passageways
1090 days 9 hours 9 minutes ago

Another try at the Maze

We continue to lurk in the shadows of the Maze. Today our scouts report the sighting of the PanOc troops, but sadly, we were too late to seize the initiative. They saw us first and start to advance on our positions. Thankfully, one of our Overdrons were in the right position and threatened the Patsy and her link. She dodged but we still saw them and continue to harass them. In the meantime, enemy Cutter slowly advanced to our positions, keeping fire on another Overdron. It fought bravely, withstand damage after damage, surviving falling debris from above even. Nevertheless, it fell. Seeing no more opposition, Cutter went straight to the console, damaging it a little. One of our Unidrons tried to prevent that, but fell victim to the enemy TAG.
That was the time then we seize the initiative. Our Bitt and Kiss operatives outflank that annoying TAG and immobilized it with adhesive. Deal with that problem they went after supply box. In the meantime, on other part of battlefield Overdron continued harassing Patsy and her link, covering his slow advance with fire, downing one of fusilier. Reaching another supply box it tried to open it, but failed. Seeing that we were starting to lose the initiative, our glorious command ordered it to stand in suppressive fire to continue harassing Patsy.
To help Patsy, enemy commander send they Lieutenant to attack our TAG with jammer. We avoided an attack at the cost of our suppressive position. Feeling confident, enemy commander order Patsy and her link to take actions, but under our fire, they start to take casualties. First, it was ORC, then seeing the opportunity Kerr-Nau sniped enemy medic with plasma rifle, taking someone in a camo with him.
After some more firefight, enemy link have been scattered and destroyed. Only Patsy remains. She managed to destroy our last TAG.
Seeing that our time on this battlefield was coming to the end, we order Bit to take d-charges and destroy the enemy console. She and Kiss found them in a supply box and with at the cost of the life they planted them. Sadly, the power of the detonation was not enough to damage it. Trying to make the situation less dire, Legate attempted to kidnap the enemy HVT, but failed the task.
In the end we lost, but gain a valuable experience. I’m sure, the next time we met, we’ll be more ready and deadly. 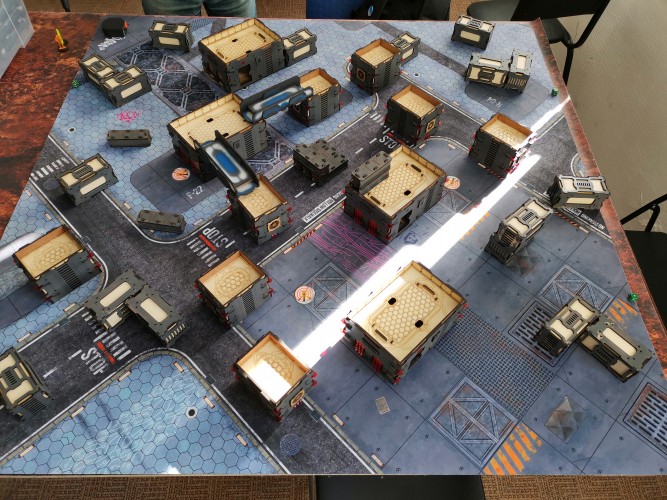 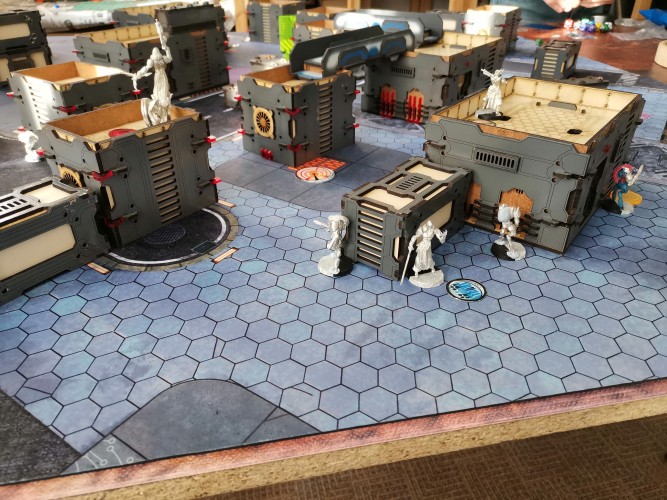 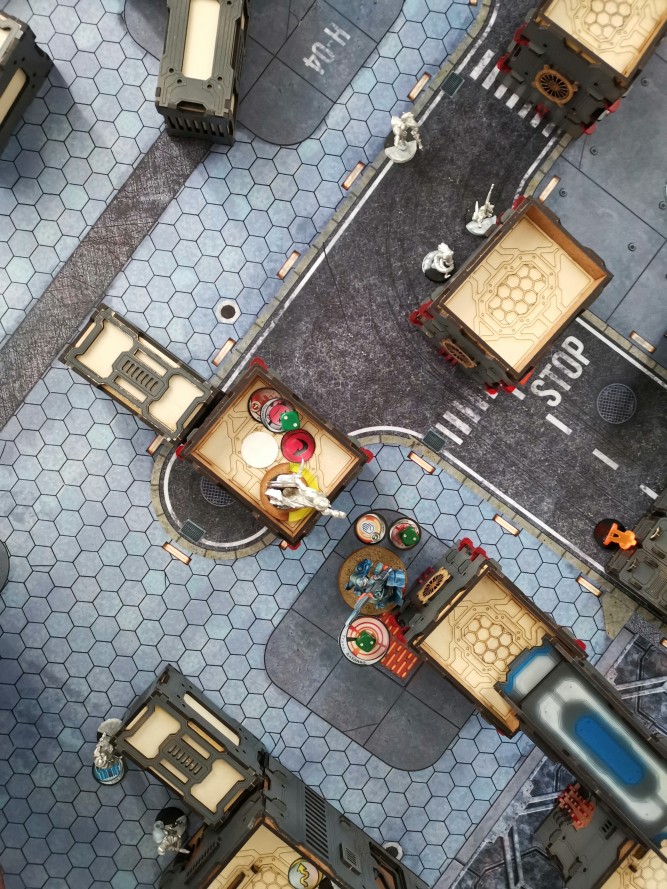 With magick and glue Cutter was turned into an usless brick 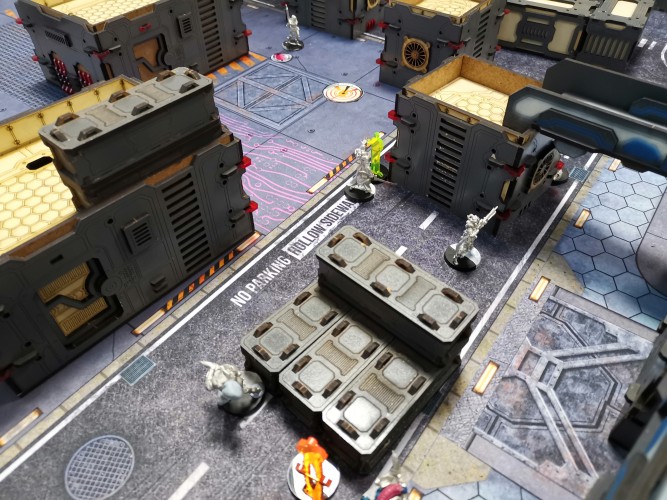