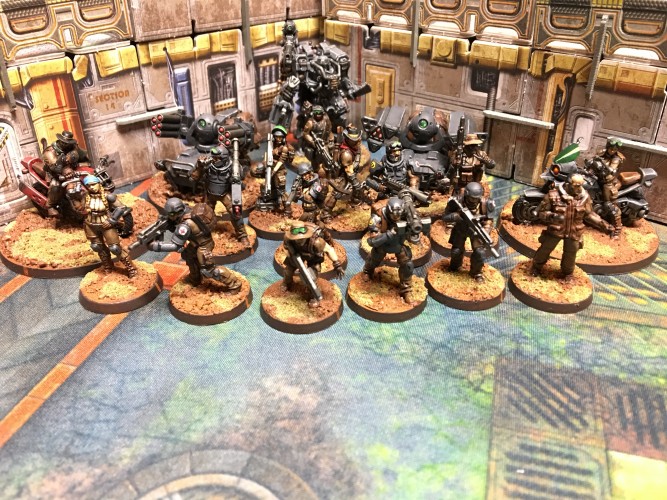 Picture was from my previous game but the list is the same. 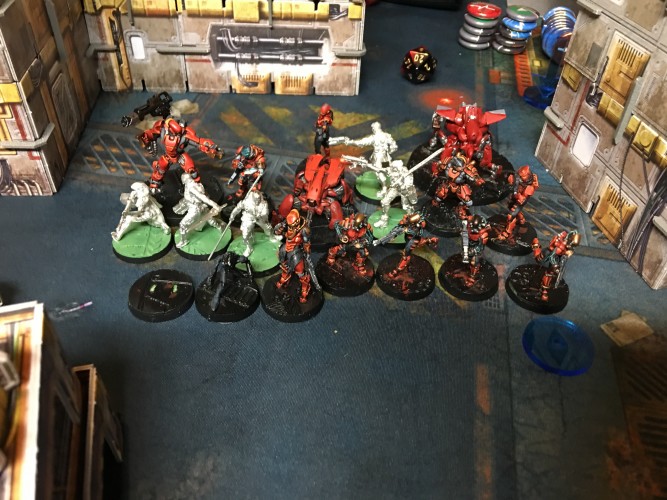 I didn’t get a picture of my opponent’s army this game, but it was fairly similar to this game. See his army list below for variations. 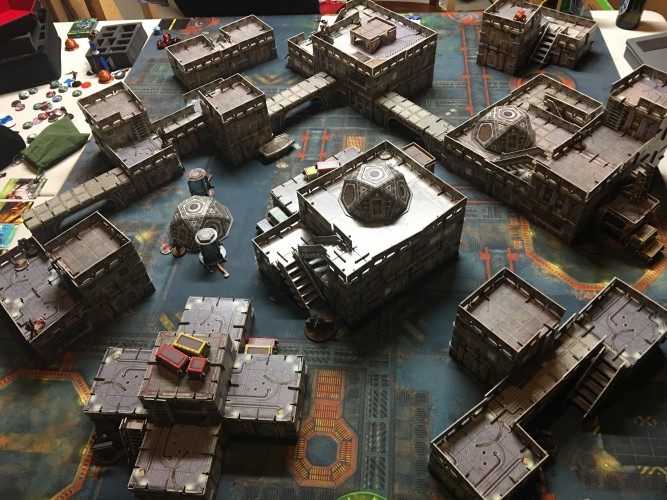 Lt: Grab that HVT and lets head to HQ!

Marcus: Hey... uh Lt. Hate to be the bearer of bad news, but looks like word got back to the Yu Jing HQ pretty quick about that little.... miscommunication we just had. They are moving up behind us in force.

Marcus: TR bot, up high, and some big un’ moving up the middle. Rooftop. Haven’t seen this one before.

Ryan: Already on [THUMP THUMP] it. TR bot down.

Cardenas: Like clock work. Moving up to deal with that fat assh- [WHUMP WHUMP- EXPLOSION] [Static]

Ryan: Keep your head down. I’ll cover you while you pull - [THUMP] [WHUMP WHUMP] [Static]

Marcus: I think I can get around it. [POOMP] They’ve deployed smoke. Left flank [BRRRRRR] [Static]

Jack: Lt! Movement on the right flank! Big one.

Jack: Sir, I’ve crawled up. I’ll see if we can burn him out. [FWOOOSH] [Smoke clears as flames lick off of the blacked armor] [WHUMP WHUMP] [Static]

Lt: [Looking at Shawn] We’ll, ever heard of a place called Australia?

Lt: Nevermind. Fuck it. DIE YOU SON OF A [CRACK CRACK] [WHUMP WHUMP].

HQ: Lt. Kobli. The next available immediate extraction will be available in thirty-six hours. Shall I confirm your reservation? [Static] HQ to Lt. Kobli. Come on Lt. Kobli

I won the dice roll and decided to go first. My opponent chose a board edge with an elevated position that covered majority of the lanes of advance. He took the Yan Hou with the Nerocenetic double missiles. I had several 50/50 ish chances of putting it down, which is not ideal and I failed all of them. Lost most of my hitting power on my active turn of turn one. It finally convinced me of taking the Molotok Marauder for the Haris. The HRL has become redundant since being able to take the ML MM in the Grunt core and Rosie in the Marauder Haris. Being able to forward deploy inside the Yan Hou’s zero range band and having the B5 Molotok would have been a better solution to that problem.

I was able to forward observe one of his models for the secondary objective and wip the HVT for one primary. On his active turn his Ru Shi smoke killed my Foxtrot, a sniper grunt, but was put down on a crit from my Haris Marauder.

My turn two was pretty uneventful. I couldn’t get any more objectives and killed a couple of his minor pieces. His turn two saw his Mowang stomp through my right flank and kill more of my stuff.

I had a chance to win, by forcing him to kill my Marauder and put me into retreat, but I dodged out of the way. If I’d been in retreat at the top of my next turn, I would have won, but I didn’t think of that until it was too late.

My turn three, the Haris Marauder made a Hail Mary run for the HVT, but sadly the chances weren’t EXACTLY a MILLION to ONE. He died.

My opponent scored a secondary and a second primary for the win.

It was a good game and hard fought. Cudos to my opponent. He just started playing Infinity about eight months ago and has learned so much. It was exciting to see him beat the tar out of me. 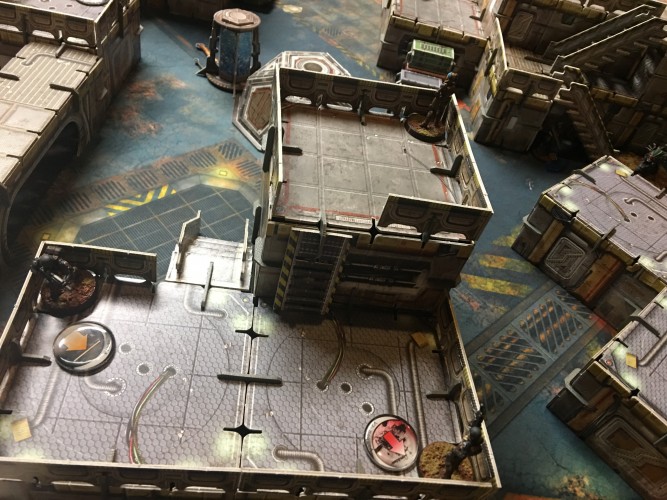 My grunt core after my active turn. Devestated. 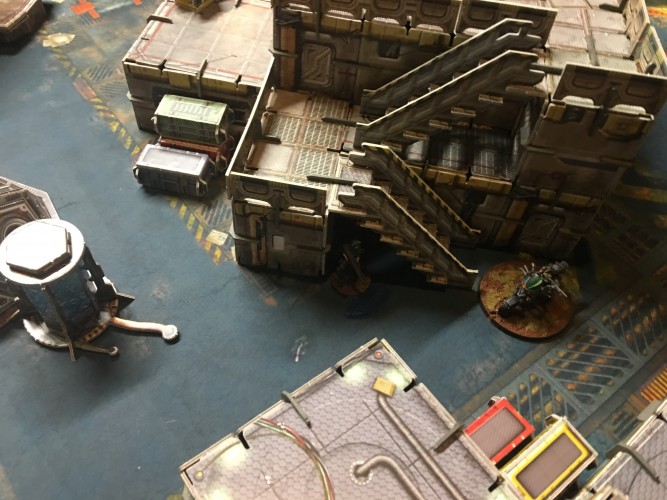 Medic racing up field to try and save the day. Sadly he never made it due to a dropping tiger soldier. 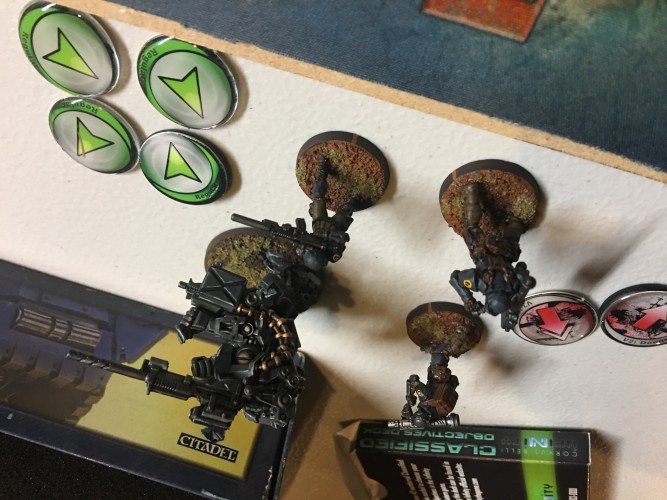 Casualties after my active phase turn one. Ouch 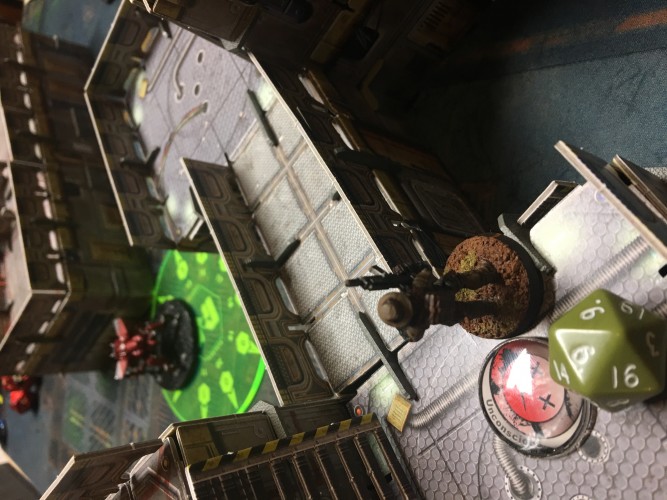 Foxtrot having a bad day. 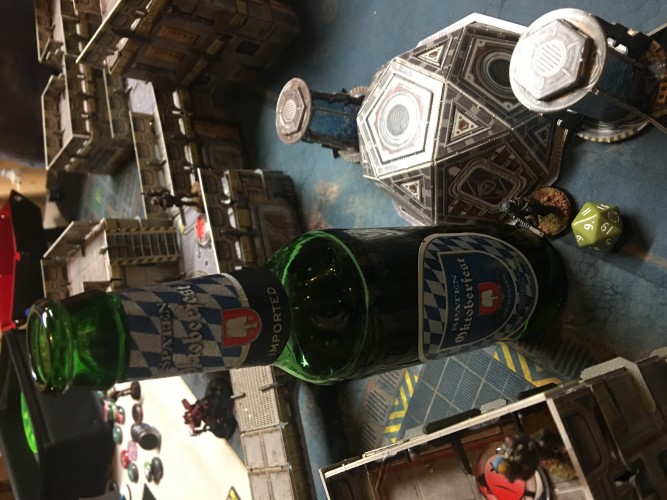 Marauder getting a crit vs smoke Ru Shi. He earned the beer. 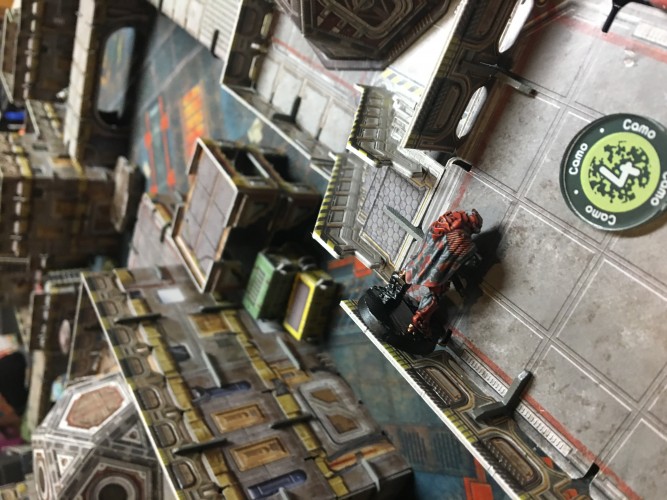 Marauder getting a second crit on a 3. He was my MVP.

Sorry there aren't a ton of pictures. After we were several beers in I remembered to start taking pictures.