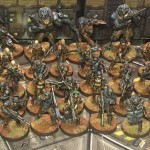 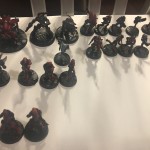 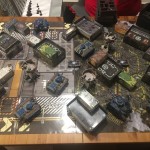 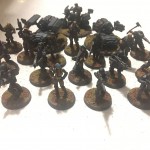 The Package is Secure

Lt: Alright ladies, you know the parameters. We are here for a routine sweep. You find any of those Combined bastards, you shoot on sight. That said, while we're here, the spooks say they've got a contact in the district. A simple grab and go. We find the drop site, grab the goods, and get back to HQ in time for din...

Mick: Lt. how many f'in times do we have to tell you, we never make it back in time for dinner.

Russel: Hold on Rose, looks like we've got company. Hey Lt. looks like the Jing are out in force today.

Lt: You know the parameters the Yu Jing are our allies they are *GUNSHOTS*

Mick: Back in time for dinner my -

Russel: Bot has been neutralized, shall we press the advance Lt?

Lt: No. Secure hold the field while we secure that intel. We don’t want to escalate our engagement with these Yu Jing.

Marcos: Lt! Those codes the spooks gave us are no good. These crates are locked tight!

Russel: Hey Lt., I know everything’s going great and all, but it looks like the chinamen brought friends. Looks like they are moving up en mass.

Lt: Damn it. Ok. Dig in and give em hell while HQ gets their heads out of their ass. You are clear to engage, but DO not advance. If this is going to go sideways, we aren’t going to get strung out for it.

Mick: I told you it wasn’t a waste to bring the missiles...

HQ: Greeting Lt. Reeves. We have been digging through our intel briefs and have -

Lt: Do you have the codes or not?

Lt: Rose, hold tight where you are. Field ops, get that intel and pull back to extraction zone.

[Smoke begins to fill the streets]

Marcos: Lt. We got a kitty pushing up our left side (indicatict gunfire)

Mick: One step ahead of ya boss!

Mick: Hey Lt. Looks like they don’t like being blowed up. Haha. They’re tucking tail. Guess they are yella’ ... wait, what the f— [Explision]

Gin: [Double crack of a sniper] Whaterver that was, it’s dead.

Lt: HQ, we have secured the intel. Request immediate medivac. We have three down.

Lt: I hope that intels worth it... Alright ladies, get that Intel secured. Doc, see if there’s anything left of Alpha team. Bravo, get that extraction zone locked down. No more surprises.

I won the roll off for initiative and chose to go first. My opponent chose deployment zones and had me deploy first. Out table was a little narrow so we chose to use the full 48" width and then shave down the depth of the deployment zones. Having a 4.5" deployment zone really hurt him and the extra deployment range for my MI really helped.

I set up a strong middle and then used my Foxtrots on the wings. My opponent deployed conservatively.

My first turn was frustrating. My Marauders advanced and got the middle of the table, but do to him rolling exceptional armor saves, weren't able to capitalize on their games. I then,using three command tokens, failed 9 WIP checks in a row to grab the supplies. Ultimately, I was able to get all 3 boxes and move them back to my side of the board.

My opponent used smoke in the midfield and a ninja to kill my marauder haris. But due to a strong ARO presence from my grunt core, he was unable to make much progress.

Turn two saw my MM with a missile launcher get into a nearby tower and rain down missiles on his clumped up models. His turn two saw more losses to ARO and he conceded the game. 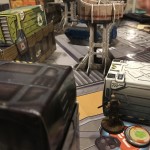 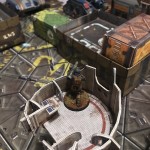 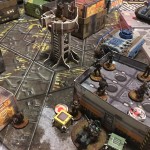 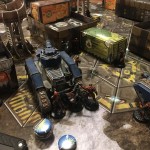 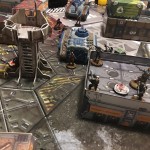 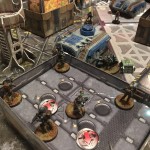 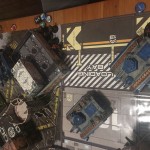 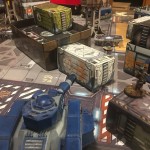 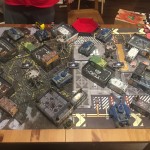 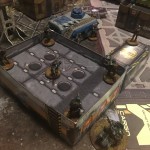 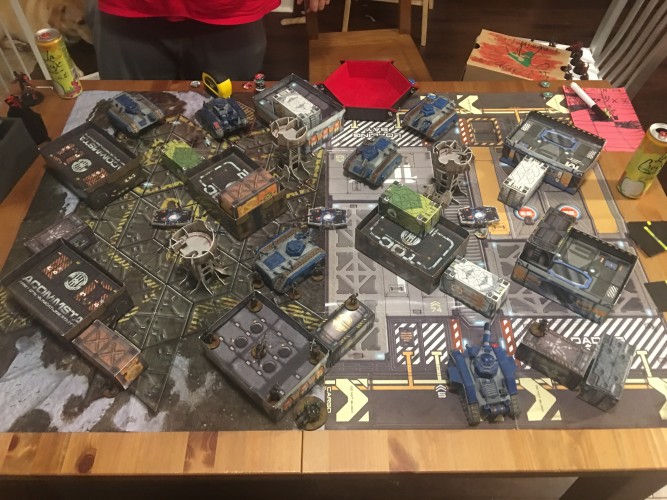 The table after both sides have deployed. With a narrow DZ due to board size, the extra distance for MI and the Marauders FDL1 really helped. 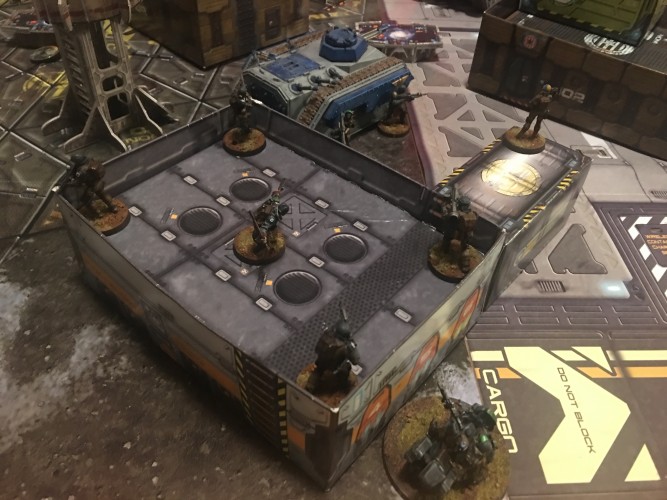 I was able to get my dual sniper and ML MM deployed in the center of the board with strong lanes of fire for AROs. 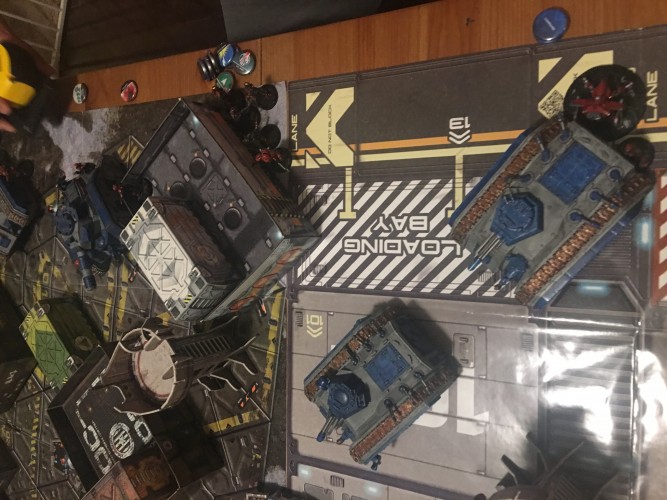 My opponent was forced to bunch up. Thankfully for him, I failed my HFL Grunt infiltration roll. In games against this guy, that was my fourth failed roll for this in a row :( I thought I’d be able to make a play with the Haris Marauder HFT, but his Spitfire not soaked up about six orders. 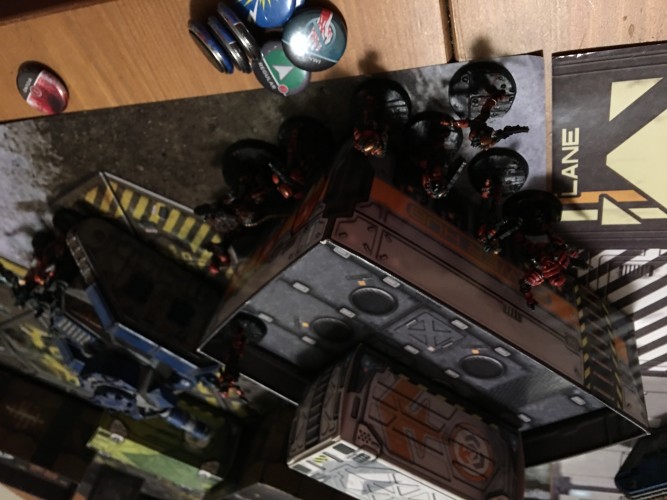 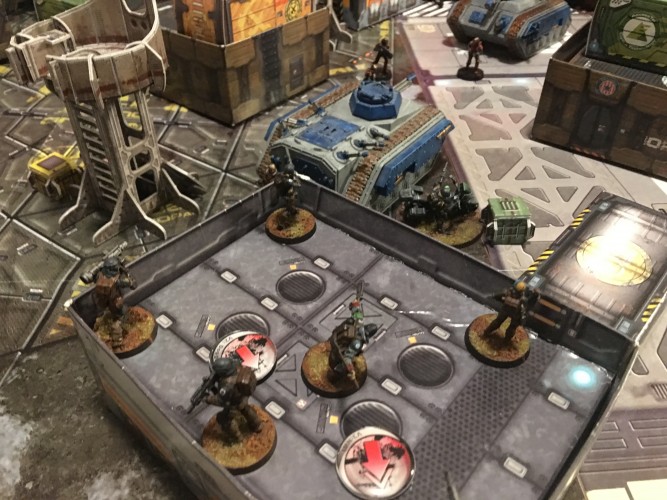 His penal troops did not fair well against the MMML 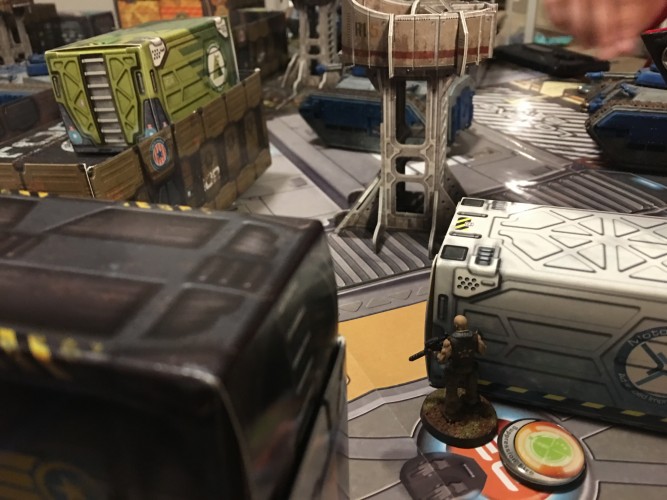 Van Zant didn’t have much to do this game. He was able to come on from my right flank and pop the final penal troup and go into suppression. 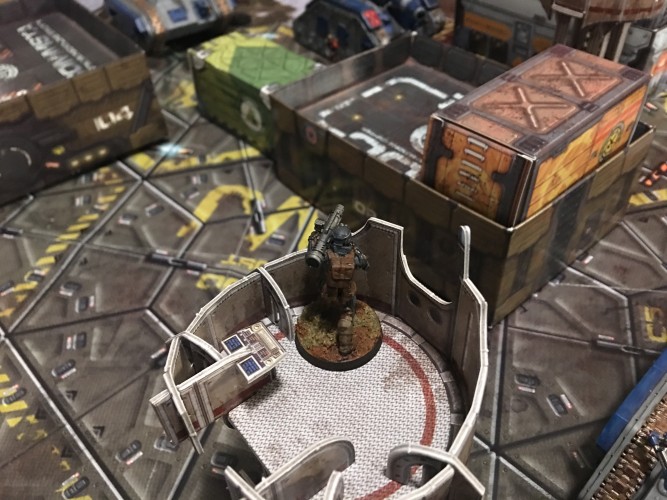 With the right flank and center secured, the Minuteman was able to advance to the tower and rain down pain on the clumped ISS. It was a bloodbath. 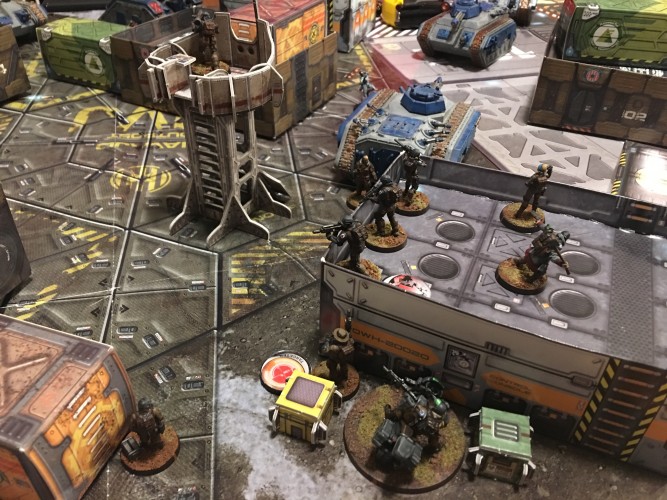 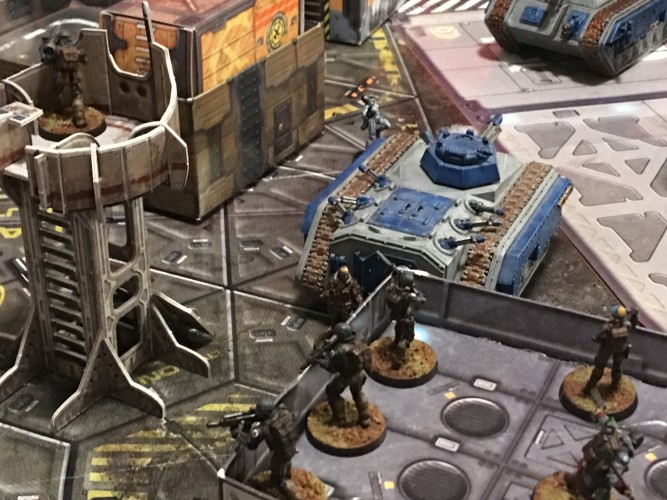 Dr Bawlz’s only play was to make a desperate run with his ninja to try and secure the supplies. With the smoke support already eliminated he was going to have to rely on dodge and ODD. The USARF snipers were going to have none of it and rolled double crits.