Countermeasures in the Ops Hub

Tarik is terrifying. My normal opponent recently expanded to Ramah. Hannibal paid the price if learning his fatal ways, but not before taking care of a few crucial classified objectives. He killed Hannibal, Massacre, and a Fugazi before finally being dropped by a Wild Bill haris.

It all began really well for Hannibal, and ultimately, he did his job. A lucky draw on cards and my opponent’s unwillingness to deploy any ARO pieces allowed me a nice little alpha strike. By the end of the first turn, I’d completed two objectives with a third CASEVAC’d with Massacre and deep in my own territory. Further, my opponent’s deployment allowed me the opportunity to pick off some orders.

Little did I know Tarik could match up the board and murder everything in his path, take a beating, and just keep ticking. Lucky for me, my opponent spent all his orders ramboing Tarik. Unlucky for me, Massacre was no longer conscious enough to keep the HVT kidnapped. Avicenna collected Tarik’s info with In Extremis Recovery to get me a fourth classified.

By the end of my second turn, Tarik was dead. Unfortunately, not much else was. However, my opponent seemed almost lost once Tarik went down. He basically threw a Janissary missile launcher away in the hopes of getting a template on several poor souls huddled in a corner after the trauma that was Tarik. Then, did the same with a Ghulam doctor. He almost gave up his last four orders of the turn because he felt like he was out of tricks. Then, he decided to try out some work with a Namurr instead. He killed off Valkyrie to finish his turn.

Up four classified to none, I decided to clean up. I left him with a pair of Ghulams and a Camo token. He started his last turn in Retreat! That was the game. 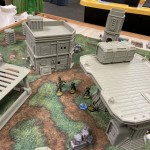 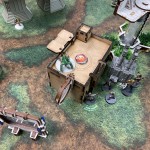 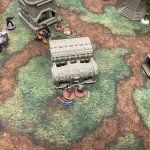 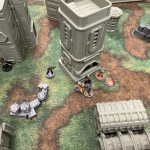 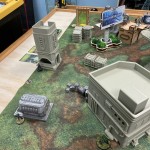 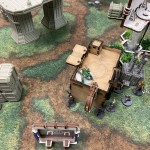 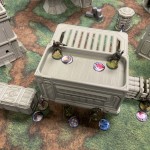 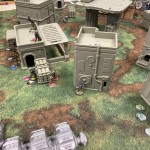 No one has recommended masterg8er for commendation. Log in to be the first.