Spiral Corps is here again, this time we've planned the invasion of the spaceport, we're prepared to fight against PanO forces but to our great surprise we find Haqqislam again. We faced this army three times causing it many losses, apparently they're presence in Novyy Bangkok is massive, our task is to send them to wander among the sands, dead if possible.
After winning the dice roll, I decide to start my match for first, this time I too have many models and many Nanopulser, flame and a very good ARO, but as usually, I prefer to face Haqqislam after leaving them some models. I've the mighty Igao, played only twice with tohaa, I chose the combi rifle one 'cause Haqq has many template.

After the deployment, starts my first turn. I've no target for now, so I've to move. My Camo Igao is the first, I wanna see if I'm able to kill some Ghazi or some enemy CAMOs but my first target is a defiled Kameel that I see just barely, the REM is unconscious and my Igao travels along its path, the next is a camo marker, at first I discover it, it's a Farzan, with another action I kill it, my last target is finally one ghazi that uses dogged but I've few orders and decide to hide my unit. Now it's first group time, my special tricore moves but I need many orders just to kill something, the Draal discovers and kills an Al'Hawwa hacker and a Famous, after I decide to fall back and reach a better position just to not leave my triad to exposed.
As usually, Ghazi movement phase starts. One of them is free to move, the other two are targeted by the Taagma and one helot but only one fo them dies. In the second group the two Ghazi use many orders to move, place smoke grenades and use their jammer against my mine and my Igao that fortunately reset well. After that, is Mukthar time, my friend manages not to be targeted by my Taagma and the Haqqislam model kills my revelead helot, after, the model moves and kills my flash pulse diplomatic delegate. Then, it starts a fight against my Taagma but takes a wound that is enough to kill it, we're all equal in front of Viral Ammo xD. After, the HMG jannissary avenges his friend and my sniper is down.

Now Haqq front is more open. The super Draal kills the Ghazi near my Igao from the distance and kills the last camo that is a simple Liberto. Now that my Igao is free to move, I'm able to devstate Haqq left flank, another Kameel is unconscious and after some orders I'm able to engage the prone Fasid that after two round falls unconscious. Now I see the Ghulam doc but I've no more orders in my second group. I go back to the first one but I've no easy target, so I reorganize my models to have a good ARO.
The Ghulam doc kills my Igao, I failed one armor save, after the last Ghazi cover some zones with smoke grenades. The jannissary moves but has no targets except for my last helot, I failed my ARO and my little alien dies. I've many template and the last ghazi decide to suicide itself trying to kill one of my kaauri but I save my armor and the enemy dies.

The enemy Datatracker is too far, so I decide to use the tricore Draal to finally kill the HMG Jannissary that is Haqq last offensive model, then i kill also the near nasmat, after I fall back with everything just to avoid an enemy finally massive attack with 4 naffatun. We decide to end the match, my opponent has no many actions to do. I win and thanks to my many baggages is 7-0. 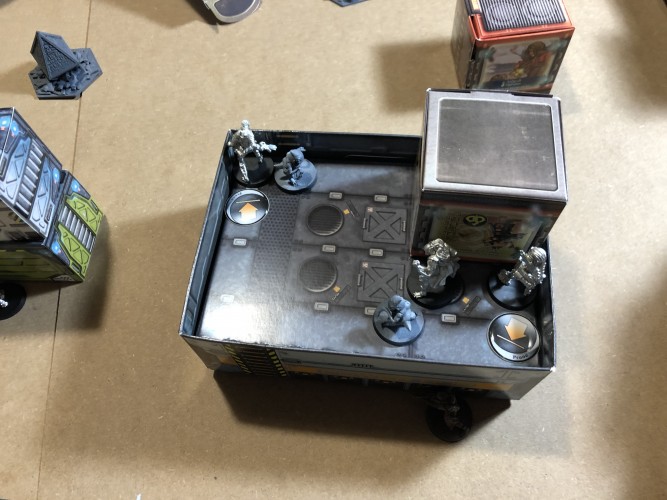 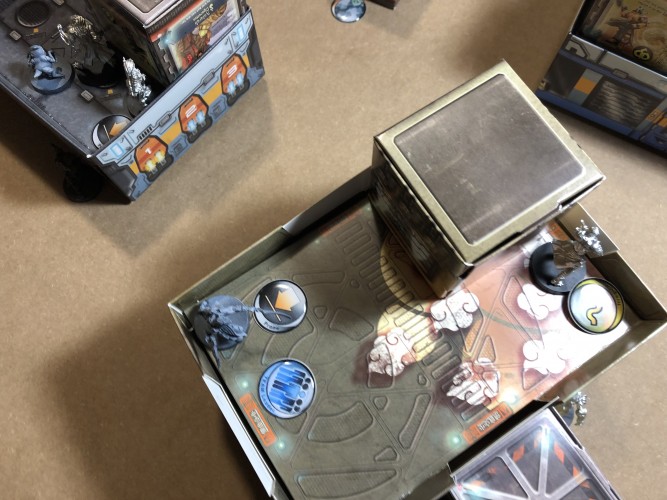 This was my Kriigel Lt., I decide to play it in triad but in this match never used it. 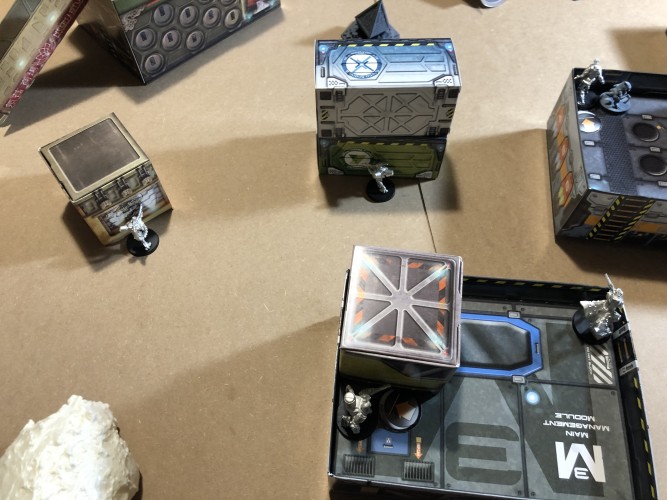 The mighty Taagma and my Kauuris, some of my lines of defense 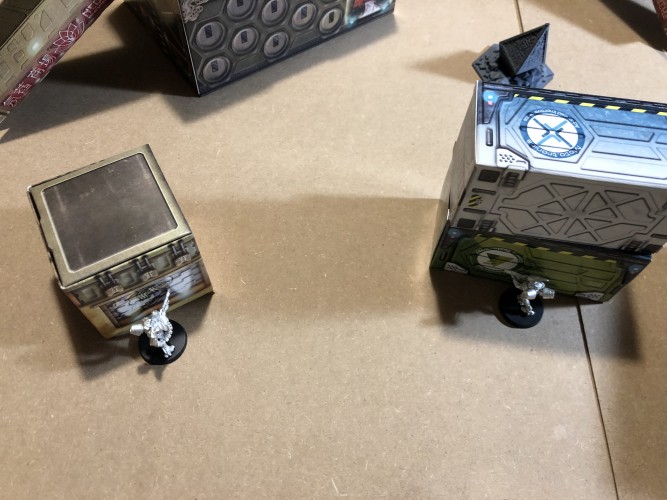 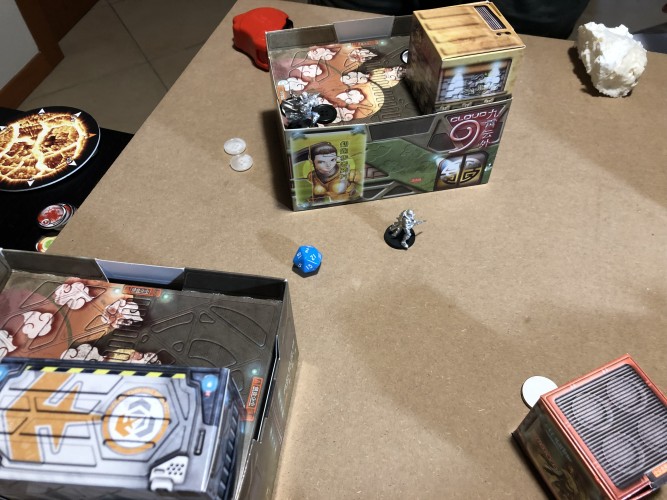 The HMG Jannissary was with no doubt Haqq man of the match. 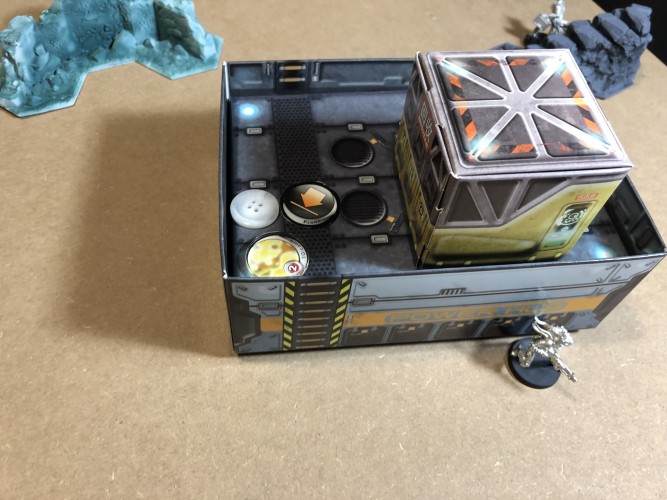 And here's my Alien of the match, the super igao. 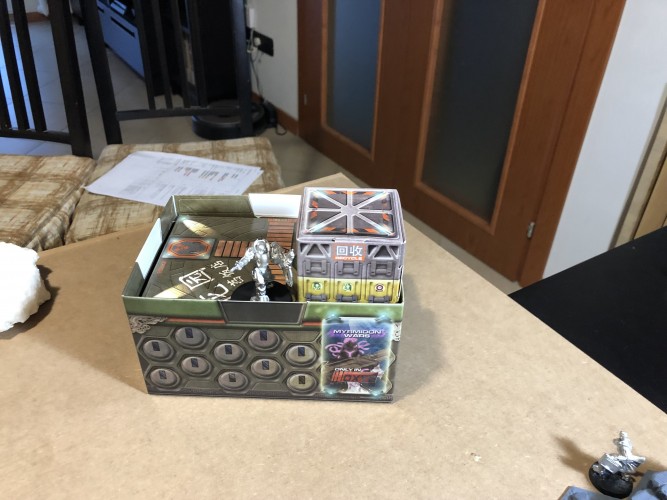 And my Igao last victim, the HMG Al Fasid.