Trouble in the Bar

So, another night at Harry's Bar.
And another time my mercenary Aliens have to face the Haqqislam forces, with many desperate soldiers among their ranks.
The mission is always the same but this time I want to test something different, my friend bring an interesting list, with many models and very strong and annoying units.
I win the WIP roll and decide to go first, I want to remove some of my opponent orders, he has too many.

The Aro Fasid is a problem, I've my linked sniper and I hope it solves my problem, I open fire against the HI and I win the first duel, causing a wound, I do it again and Fasid is unconscious, but the near nasmat is a problem. Without this noise mode, now I can move my tricore, I've a near Daylami, the other one is too far, Draal discovers and kills the enemy and my advance continues. A Hunzakut suffers the same fate of the Daylami and my last victim is a Fanous remote. After that, I put my triad in the middle deploying mines ti cover my flanks, I've Taagma and 2 camo helot in a good position and my Rasail is in suppressive fire in my left flank, where a Fiday is quite near.
The first Ghazi moves and dies thanks to my Draal, another one dies 'cause of my Kosuil boarding shotgun and Taagma, the last is able to dodge everything with a crit. The nasmat moves and reanimates the Fasid, but my Taagma kills the little REM, so next time no return. On my left flank, the impersonation model moves and after some orders see my Rasail but it must make the long way to avoid the chaksa flame and I've many others ARO. Finally it reveals itself, is a Fiday with mines that shoots to my Rasail, I loose my pokemon and the chaksa, later it engages me but I take no wound and before it is in contact, I reveal one of my helot that kills it with submachine gun. Mukthar and Asawira can target the tricore but they would expose themselves to many AROs, so the Fasid tries to kill my Draal but Taagma and its target finally kill it.

I lost nothing, so my first action is trying to kill the last ghazi but another crit saves it. Anyway, I've many orders but very few targets, I decide to use my Surda to kill something but after many orders only a Kameel and a naffatun dies. I move again my tricore and the Draal is able to kill the enemy HVT, it's my Data, so 3 points are mine.
The last ghazi use its smoke grenade to help the Mukthar, its targets are my Draal and the Kosuil but I loose onyle the pokemon and the engineer saves its armor, I decide to hide them. Mukthar next targets are my Kerail and one of my helot, both dies. The last daylami panzerfaust tries a suicide mission to kill my Taagma but my alien sniper has more talent.

Now I'm forced to reveal my clipsos 'cause I need to kill my enemy Lt., I spend many orders and after killing another Kameel and the last ghazi, the naffa LT. is mine. In the other gruop, I fall back with my Rasail and with last orders my Draal moves into a good position. now covered by the Taagma.
In the final Haqqislam turn, the Asawira finally moves, kills my clipsos but for my friend there's no other possibile actions to take some points, the HVT is too far, the Asawira moves again but my Draal survives and the Taagma sniper wounds it. With his last orders the Mukhtar opens fire again against my tricore, the Kosuil is unconsicous but my Draal finally kills it. 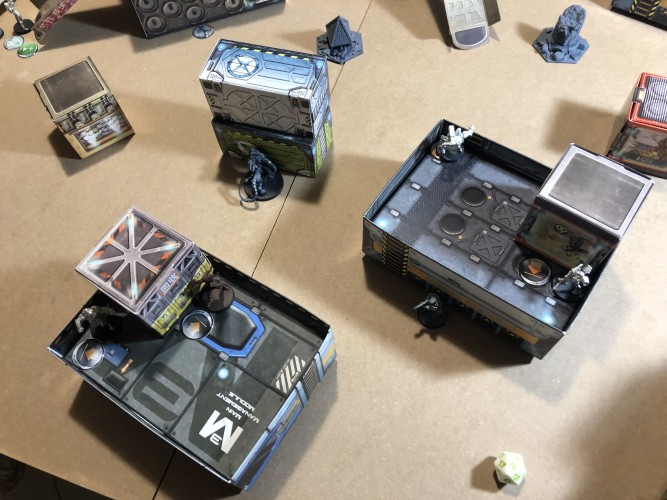 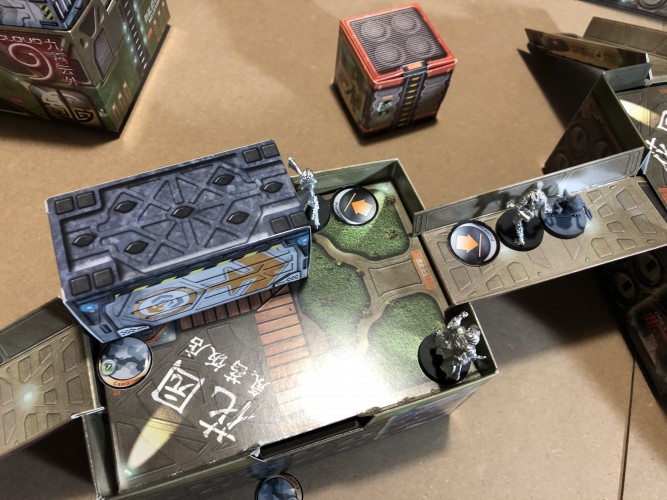 The amazing tricore takes position and hold the downtown ;). 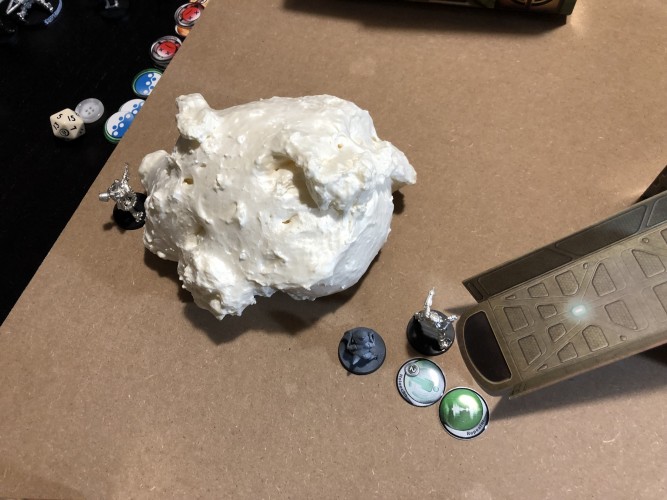 My Rasail was really able to stop the poor Fiday, it's a Oak. 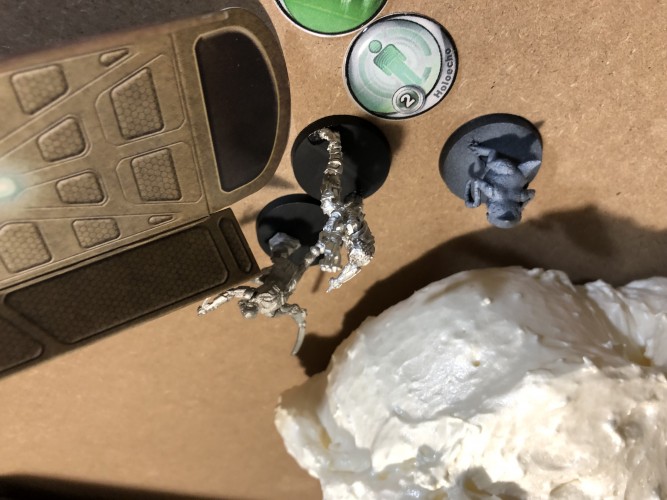 Another pics about the fight 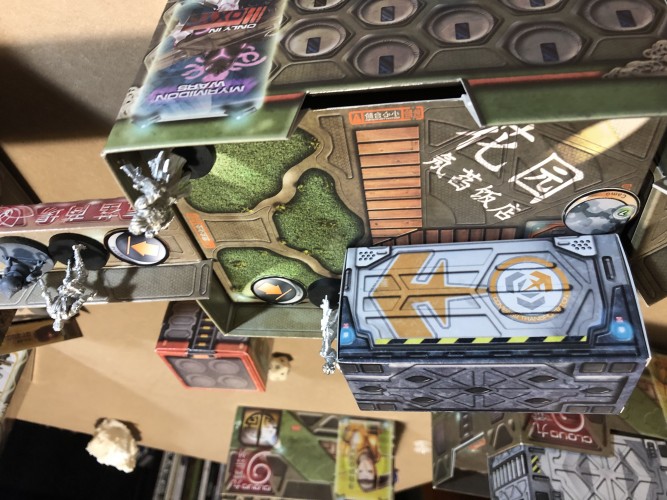