It's time to attack!

So, finally my attack at Jiyuan starts.
This time I faced again Haqqislam and was a short but brutal match.

Haqqislam starts the match, the impetuous ghazis are killed by the Taagma and by one of my helots, the 2 Kum riders are safe, but one of them is killed by the little alien immediately after. The HMG Djanba targets my Kosuil and one of my helots, I lose the engineer but my helots crits and the enemy is unconscious. After, the other Djanba, the sniper one, start a little duel with the Taagma sniper that win, so another enemy is gone. A solitary Ghulam uses many orders to move and final kills thanks to a crit my Taagma but anothe rhelot kills it. the impers assassin moves and is discovered by one of my kaauri, after Al-Djabel shoots to my Taagma, I save my 2 armor and the lord assassin is killed by my nanopulser. With his last orders, my friend uses a Sekban spitfire to kill one of my helot and the first enemy round ends.
I decide to activate my Rasail, after moving it to group 1. The enemy forces opened the line and lost many models in ARO. My first target is wild bill, the gunslinger dies, after, it's sekban spitfire turn, also leaves us after failing the dodge, the other one, a sekban with ap rifle, suffers the same fate, but my pokemon is lost thanks to the chain colt. I move the alien Rambo again and I'm able to use the chaksa to target three models, a Naffa HF, Leila sharif and a Ghulam, I lose my little beast but kills all three models. The enemy forces surrender, Haqqislam suffered too many losses and only 4 models are on the battlefield. 10-0 and a good strike in YJ territory.

My friends played too aggressively in his first round without getting too many results and losing too many useful models, this allowed me to hit really hard in my first round. 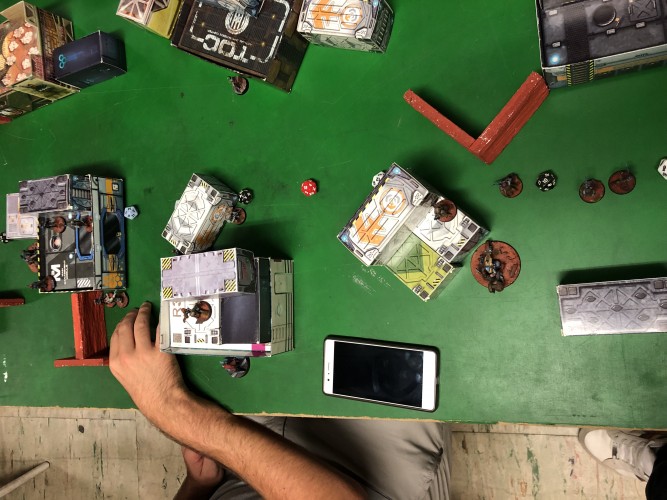 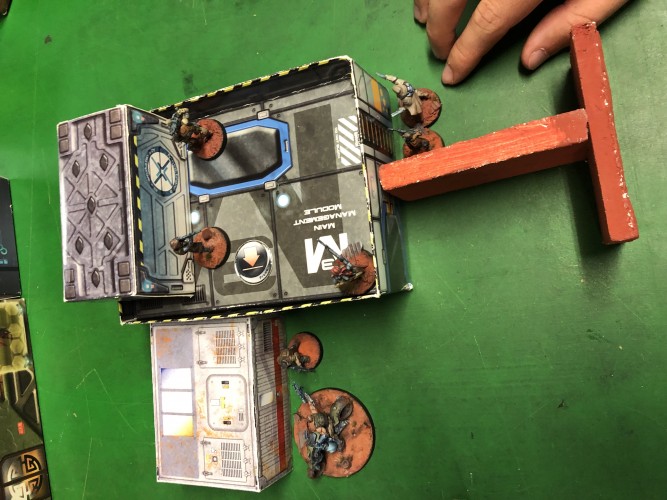 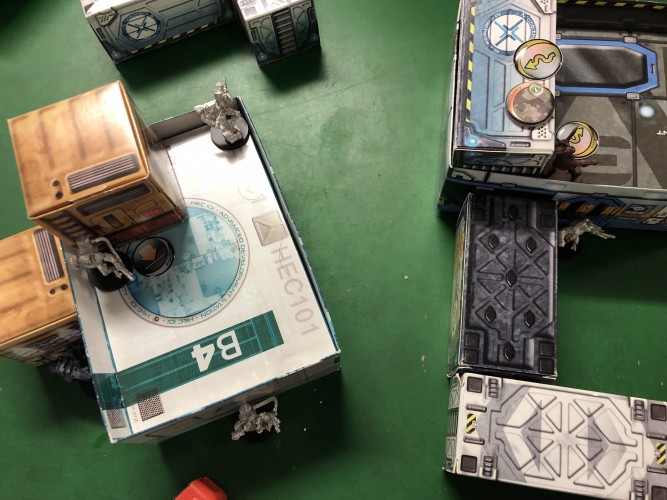 One of my deplo zone 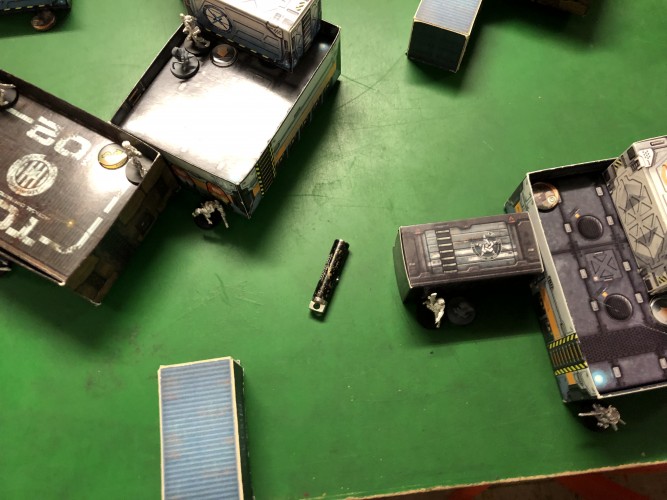 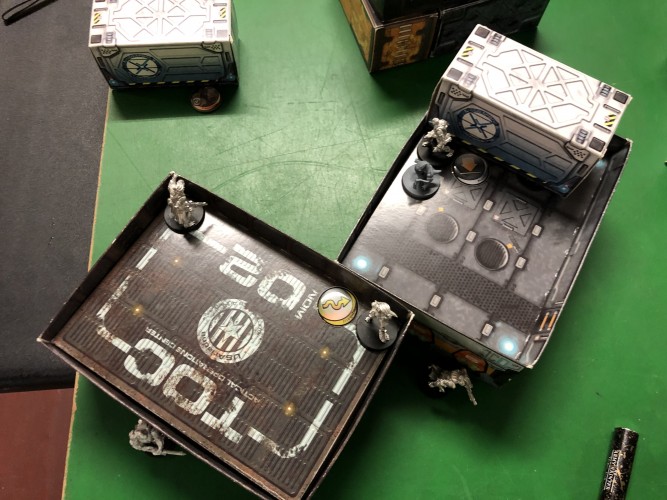 Another pics of my left flank, Al-Dja was put near the outermost side of the building 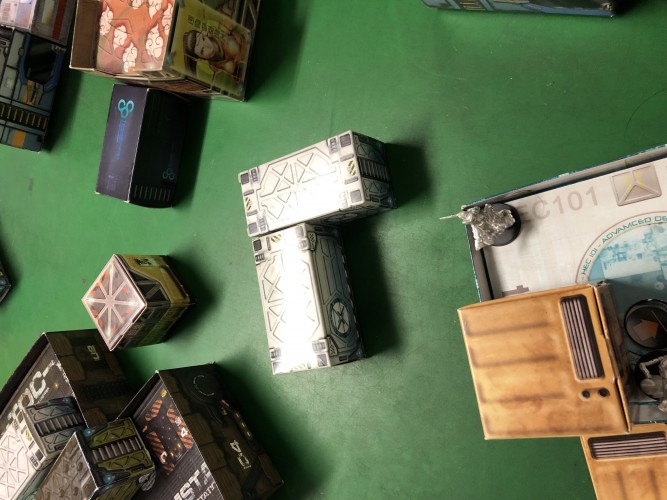 The Taagma sniper was another time a great sniper :) 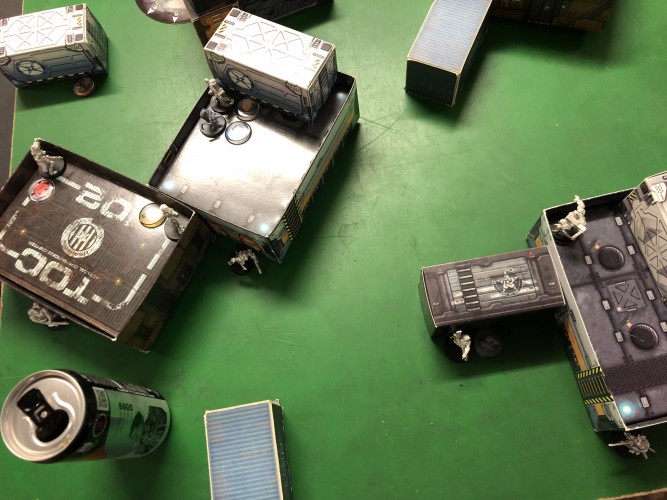 The tricore is broken thanks to a HMG crit on the kosuil, but al dja he was not able to do damages... 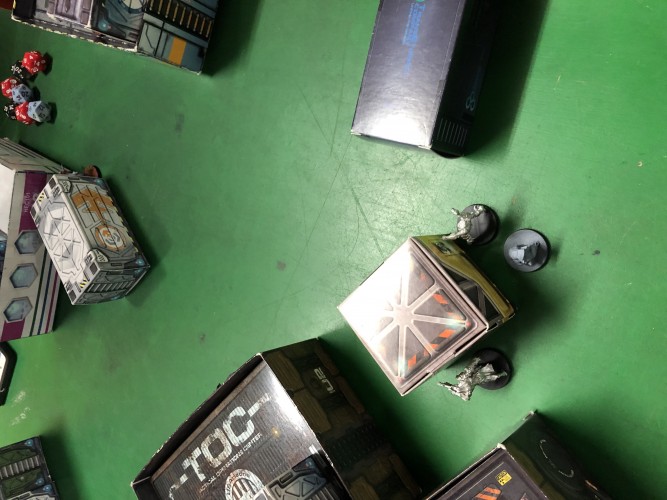 My Rasail and its first victim, after that the massacre has begun... 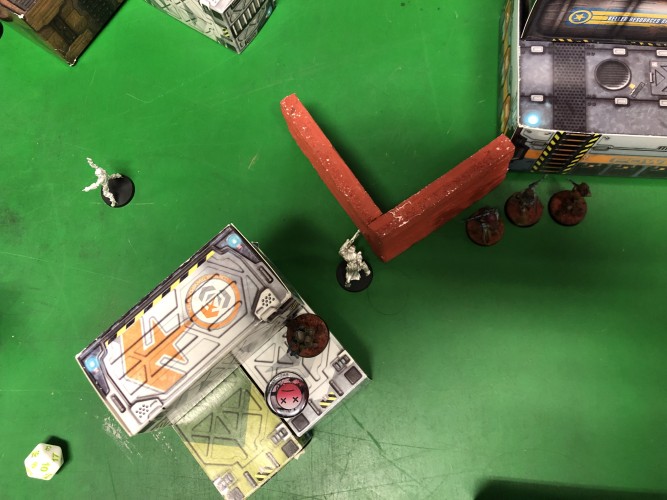 The match ended with this amazing triple killing...