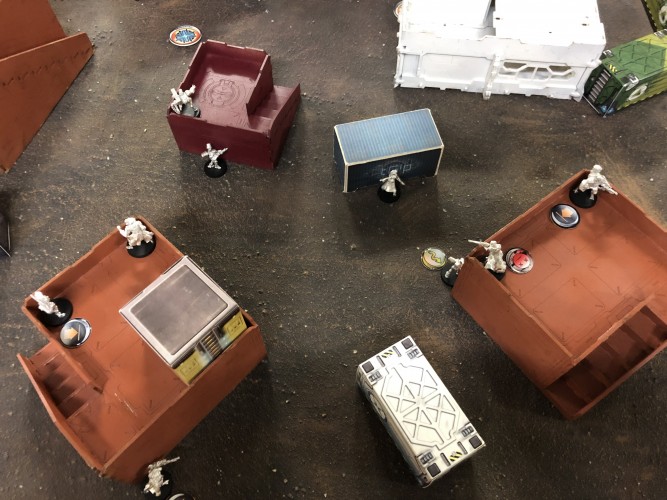 So, here's another BR, this time I faced Haqqislam in Xaraks Battery, the mission is, of course, Acquisition.
This time I win the dice roll and decide the side and to be the second in order to deploy, forcing my opponent to go first.

The three Ghazi move on the battlefield, one of them is killed by my Taagma sniper, another one dodges the LRL helot and the last save its armor. A mighty Jannissary with HMG moves and targets my Taagma sniper, I win the first duel and the other two, killing the aggressive HI. After, the Lasqi suffer the same fate against my revealed helot and again versus my linked sniper. My other helot on the other side is killed by the Mukthar FO and the Krakot tries to kill the other one but my submachine gun is better and the morat is k.o. Now it's fiday time, the assassin kill my sniper taagma with its rifle and after tries to kill the last helot but my alien is a nice guy and another enemy is killed. My friend lost many models in ARO, he want to use his last swc weapon, the red fury Mukthar, to kill my linked Rasail, I crit with my panzerfaust and so, haqqislam offensive models are almost all dead. With his last orders, the camo al hawwa capture a communication antenna.
In my first turn I've, thanks to an excellent ARO, very few targets, I've to eliminate the al hawwa and other specialists, I use my surda to kill the last Mukthar, my beast dies but completes the mission, after, the tricore with Draal, Kosuil and Taagma moves, I take one antenna and kill a fanous remote, after, I move my Rasail, I discover and kill the Al Hawwa and my turn ends.

The last two Ghazi die, my last helot is ruthless, the Rafiq moves just to give me some noise for the control of the antennas, Haqqislam has no more aggressive models and my opponent turn ends.
This could be my last round, I reveal my clipsos FO that goes to the other antenna and takes it, my Data Draal takes the Tech Coffin and my Rasail kills just a naffatun , the Rafiq is killed by my Kosuil, the match and at the beginning of the next turn, my firend is in reatreat and can't do anything, I win 8-0, I forgot to control the left console and my classified, no matter, it's not a tournament.

As usual, some considerations. Haqqislam was very unlucky in gunfights, the HMG Jannissary roll always over 13, Mukthar was critted, and the others died very bad against my taagma and helots, these last guys are really strong, I played in Varuna and in Spiral are perhaps even more effective. Another lucky match for me, but I must also say that I deployed quite well, defending well every area. 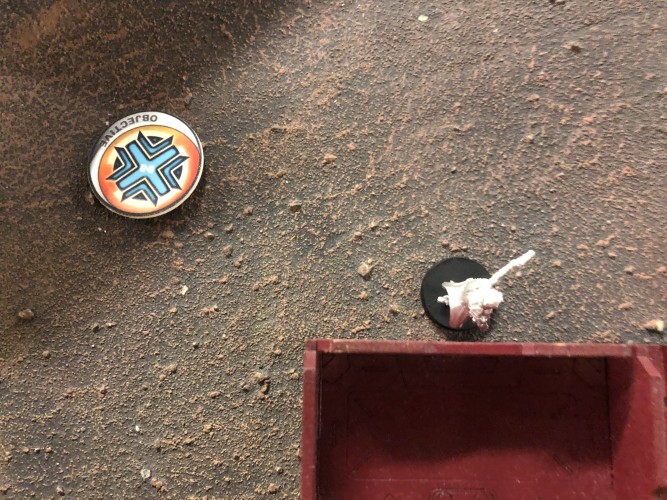 My nice Clipsos. I played it few times but is amazing.

My zone, the aliens are ready to fight! The unconscious Taagma had an honorable death. 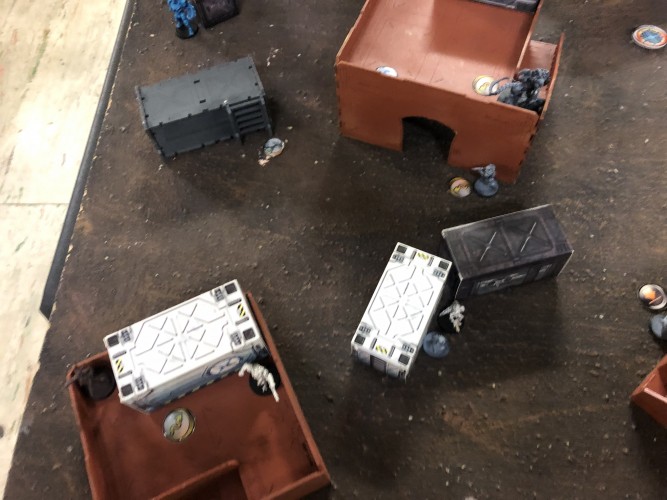 My zone vol.2, this time the surda was more protagonist. 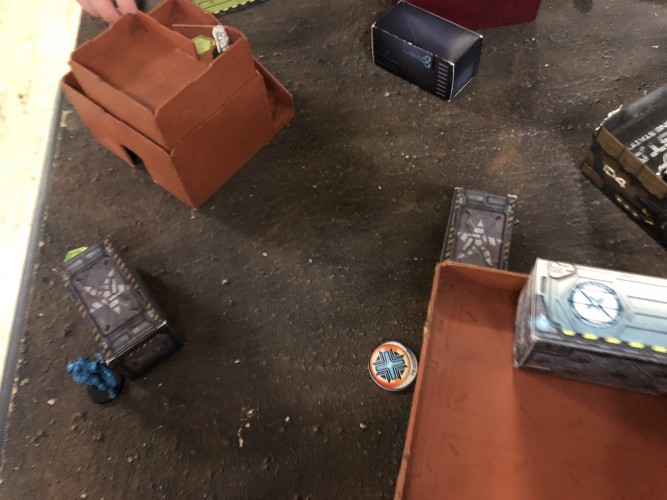 The enemy Lasiq and the Maximus HVT. 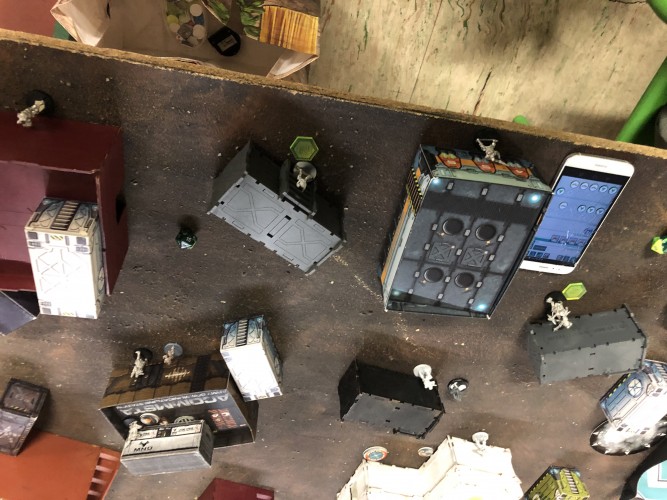 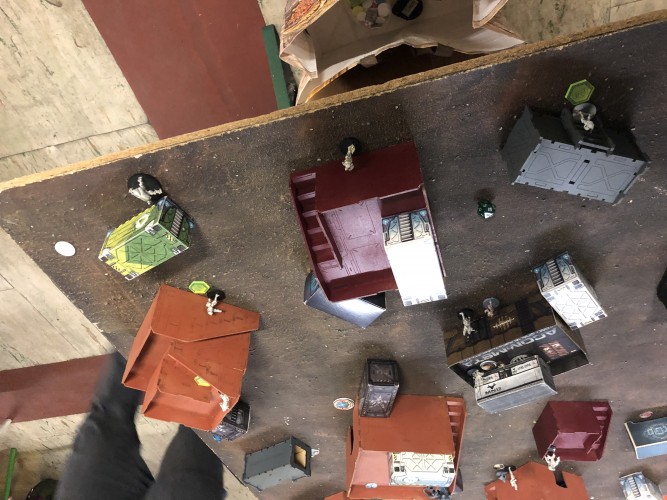 The other haqqislam zone. 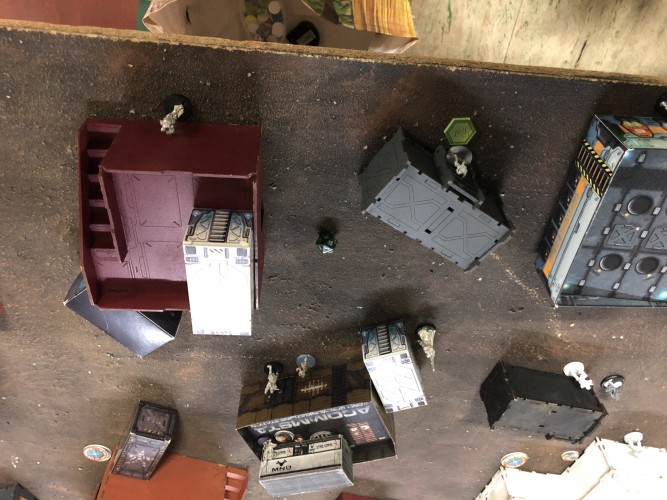 The Hsien/Jannissary HMG, its death opened the massacre of humans.