I am currently at a two-week vacation in Istanbul, with my models with me in a little bag, and yesterday had a game in the local club. My opponent Onur (playing Corregidor) agreed to have a game withing the campaign and Jiyuan open-pit site, so I had the chance to continue the search for the drunk Yuan Yuan.

Ikari had the positioning advantage, and the nomads used initiative to go second, trying to see what the Ikari will do. I had four objectives for my first turn: kill the Intruder (he was not prone), kill the mobile brigada, land a Yuan Yuan near the tightly packed aguaciles and get my Tanko onto the tower in my half of the table. Out of the two Yuan Yuans trying to land, one managed to do it, and then killed three alguaciles out of five, dying in the process. Good job. I then send the Krakot, who had rolled up dogged and total Immunity, after the Intruder, who had previously been discovered by the warcor. I make the mistake of going too far, so that the jaguar near the Intruder can see the Krakot and throw smoke. Result: intruder survived two chain rifles, Jaguar dead, Krakot survived the pistol shot from Intruder; most importantly, the Intruder is in smoke. Have to risk it, and shoot the Intruder with my MSV2 brawler – fortunately for me, no bad luck here and Intruder goes down as expected. I then move the link against mobile brigada, but only manage to hit him once, and he makes one of the saves, subsequently voluntarily failing the guts roll and retreating to total cover. Tanko goes onto the tower, the rest take defensive positions nearby. I then spend the remaining orders to kill two more models behind the bus in Corregidor side with Krakot and Ninja.

Corregidor tries to strike back, and manages to kill both the Ninja and the Krakot. He then tries to go at the Tanko with a coordinated order with three combies (including two on landed Hellcats) and Lupe’s Panzerfaust – but the ranges are bad for him, so the Tanko kills Lupe and only gets hit by one combi shot, saving it. We both have two quadrants, and I have my Karakuri datatracker in one of mine (his datatracker was Lupe).

This turn, my goal is to kill both bandits, of whom one is already revealed (he was used to kill the ninja). I use a Yuan Yuan to discover the other one, and then use the Liberto (whom I had transferred to the big group) to kill both. Karakuri then goes over to far right quadrant in the house in cover and goes enters suppressive fire. Suddenly remembering that there is a helcat in my deployment zone camping near the warcor, I use remaining orders for some repositioning of my defensive ranks. During this time, Tanko gets hit by a combi again and suffers one wound.

Seeing that he needs to start getting into quadrants, my opponent first tries to finish the tanko with his remaining HMG Alguacil (but he dies), then tries to just tank the shot with Brigada (who dies), and then gives up, just putting several models into suppressive fire. I have all four quadrants, with Karakuri data tracker in one of them.

I finish the clean up by killing the hellcat in my DZ with Yojimbo (with a smoke-assist by a Yuan Yuan and the Koala ARO-baiting technique – to make it reliable). Corregidor can’t really do anything else now, as they are in retreat. We score again, with me having all four quadrants, with datatracker in one. I also get Secure HVT, for a 9-1 victory.

The drunk Yuan Yuan will be found! 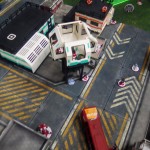 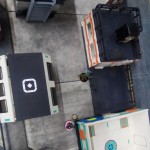 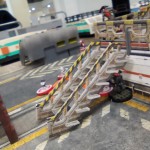 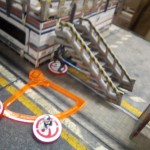 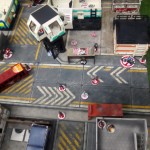 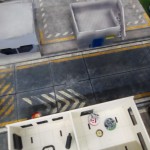 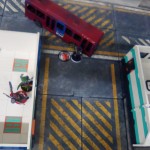 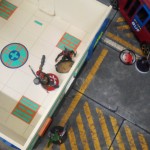 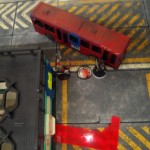 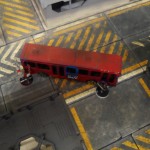 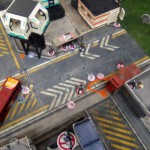 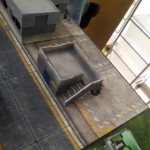 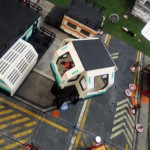 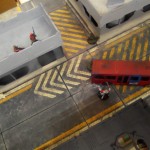 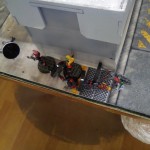 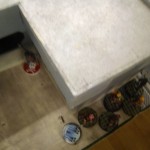 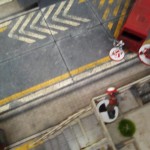 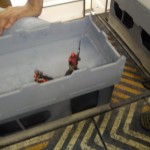 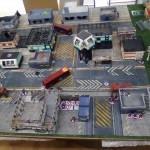 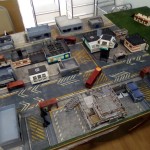