Repelled by rogue Aleph troups from the Xaraks Battery.

Upon entering the fire control module to take control of sensitive devices in the area, we found the sector occupied by aleph forces. As we had not been notified of an Aleph presence, our detachment approached cautiously. Our Gamma approached to make contact with a posthuman troop who immediately opened fire with a heavy rocket launcher. After a few exchanges, the Gamma was able to neutralize the proxy, suffering only nominal damage. The Gamma then engaged with a Yadu team, opening fire on an individual resembling Shakti, forcing her to fall back.

Our Sirius unit then moved to secure the first antenna. Another aleph trooper, apparently the ex-aristo Dart, revealed herself, throwing an e/m grenade. The Sirius bot was able to glue down Dart, freeing the sirius to take control of the antenna. Finally one of our gangbusters attempted to hack Shakti via the Sirius bot while a naga deployed a mine.

The naga fired on the gangbuster to no effect and was secured by the Sirius bot’s riotstopper. However the mine went off, disabling the Sirius bot. The Yadu advanced, killing the gangbuster and myself, forcing back the Gamma. Our press attache was able to blind the HRL troop with his camera equipment, but was then killed by the Yadu team’s machine gun. The Yadus then moved down to the first floor of the building they occupied while another posthuman proxy took over the antenna our sirius had previously controlled.

Without my command, but with the assistance of our cyberghost, our Delta medic deployed early, attempting and failing to secure two of the Yadus. Our Omega was able to kill one of the Yadus and our Gamma forced two out of position. Our Sirius troop made a valiant effort, but was gunned down my the Yadus and Proxy.

The Yadu team gunned down the delta, the Omega who’d already engaged them and the Gamma before moving with the post human into a nearby building, shooting our remaining gangbuster in the back.

At this point, too many men had been lost, and our remaining troops retreated. I wish to file a complaint with Bureau Thoth regarding the actions of this aleph detachment and with our own command regarding our lack of coordination with the Operations Subsection. I would also request that, upon resurrection, my squad and I all be issued proper uniforms. Our Omegas are using second hand Swiss Guard armor and I myself am having to use a spare sophistes uniform. I cannot imagine this situation is good for moral and suspect it may be having an effect on our troops performance in the field. 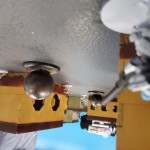 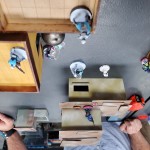