Notes: We apologize for the unpainted and proxied models, the latter of which is entirely my fault, as I forgot my models at home.

The Yu Jing player won the roll off, and decided to take deployment (and make me deploy first). I decided to take first turn myself, and so the bloodbath was about to begin.

First turn I rushed Tarik Mansuri up the board on the right flank. I wounded his Zhencha and was wounded by his Zhanshi. As part of the move, however, I moved Tarik back.
I succeeded in killing one of his Zhenchas and wounding his two Zhanshi paramedics (through the use of grenades). With my last order, I then moved Tarik up some stairs to what I assumed was a safe position...

Yu Jing's first turn
...What I hadn't accounted for was the Zhencha's stealth and climbing+. So because of my bad decision in having him face the wrong way, he could point blank me with a shotgun. Tarik got hit by both shots and was just instantly off the board. He then proceeded to move the Zhencha to a nearby console and his Zuyong Invincible further up the board, near some crates, so he would be ready to shoot at my team, once they started moving forward.

On the second turn, I moved my team out. I shot his Zuyong with a missile launcher, won the shoot-out and wounded him once. At which point he fell back and out of my line of sight completely.
I then moved the team further up, taking a shot his Zhencha near the right-most console (sadly, through the saturation zone). This did nothing and he fell back. I then moved my team up next to the console in the middle. This is where I made my greatest mistake... I'm used to playing quite a bit of Warhammer 40K, so I have tendency to automatically group up my units/fireteams... Which is less then ideal when you have a nearby enemy model with a shotgun.

Yu Jing turn 2
So he started firing his Zuyong with HMG against my Khawarij, failing and getting his Zuyong knocked unconscious in the process.
He then realized what he could do with his Zhencha because of my poor placement...
Hello shotgun template, goodbye Ghulams.

On the third turn I activated the heating console and made a run towards the heating unit, firing on his Zhencha along the way. Sadly nothing happened and that was the end of my turn. (at which point I was the only one within range of his HVT

On his third turn he took potshots with his Zhanshi lieutenant at my Khawarij, but nothing happened.

He finished the game with more kill points than me, but I had completed my secret objective (converting it to secure the HVT). The game ended 4-6, with the Yu Jing player coming out on top.

In hindsight I really need to work on my positioning. And to read up on the rules of my opponent's armies. The climbing+ and stealth combo really caught me off guard. This was also the first time I used grenades in a battle, and it was surprisingly effective, so I need to make sure to remember to use those another time. 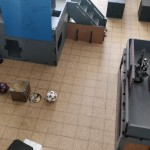 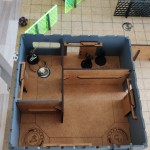 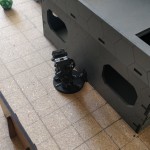 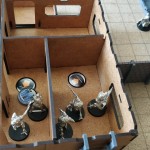 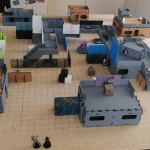 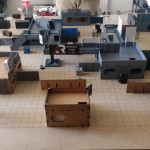 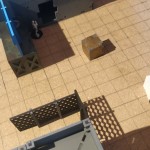 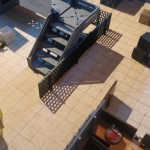 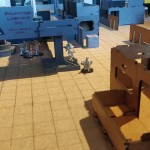 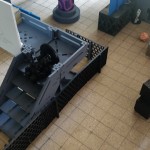 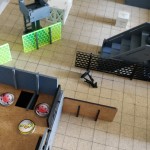 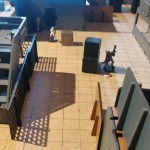 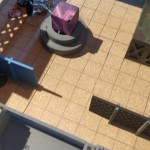 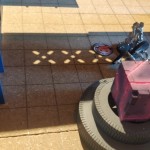