Fought At The Gallery Maze: The Chimneys
1053 days 6 hours 2 minutes ago

The small ship had been docked at the abandoned mining facility for around twenty five minutes, and the Dark Star Logistics Company workers had performed their duties admirably, the crates were already unloaded onto the tractors, some had even been installed into the control node delivered previously. Watching the workers move now beyond of sight of outsiders it became clear that the workers were not human.

A nexus operative hunched menacingly over the tractor, clearly impatient, a trait unintentionally instilled by the Umbra during their training.

The humans had definitely detected the shuttle. and even now were being led into the jaws of the trap.

A Panoceanan patrol from the Neo Capitoline Army. 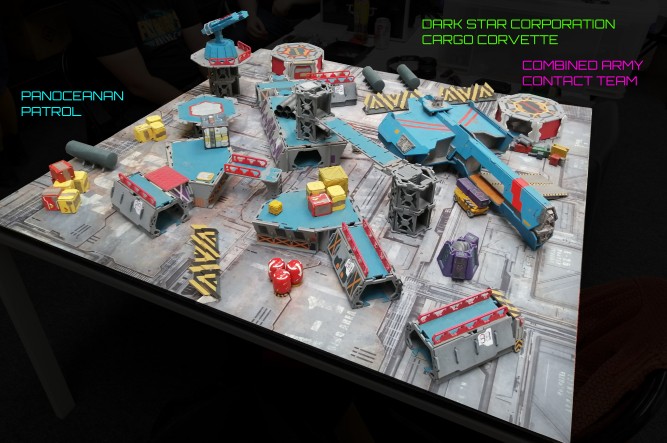 The Sigmaa Greif operator had already made contact with the NCA team in an initial attempt to divert them from the landing site but their scanners had already detected the unique heat signature of the craft, having accepted his failure the Tohaa changed his story, as part of the Pioneer corps he was scouting this area and would instead rendezvous and guide in the Pano strike team. 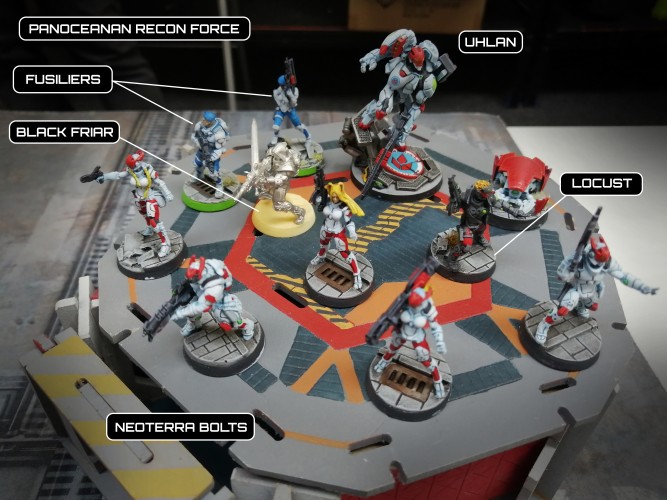 It seemed to be a standard patrol of Bolts with some specialist backup, they certainly didn't indicate they were carrying any more heavy weaponry than a squad mounted HMG and a missile launcher, just in case the shuttle tried to escape. 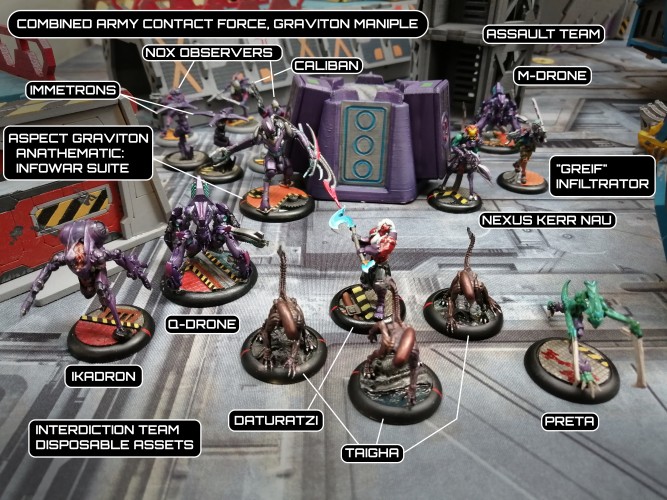 Unbelnownst to the patrol the shuttle had also delivered an EI war armature, for such a delicate situation as was on Novyy Bangkok the EI in it's wisdom had dispatched an Anathematic. While the uplink could not sustain a full automated EI battlegroup, the fledging network installed by the Shasvastii expedition was now strong enough to support an Aspect, The Anathematics piercing red eyes blinked to life as the armature downloaded the consciousness of Aspect Graviton, an aspect who delighted nothing more than in guerilla operations and terror ops.

Other crates were opened and a variety of beasts rose from the stasis pods. 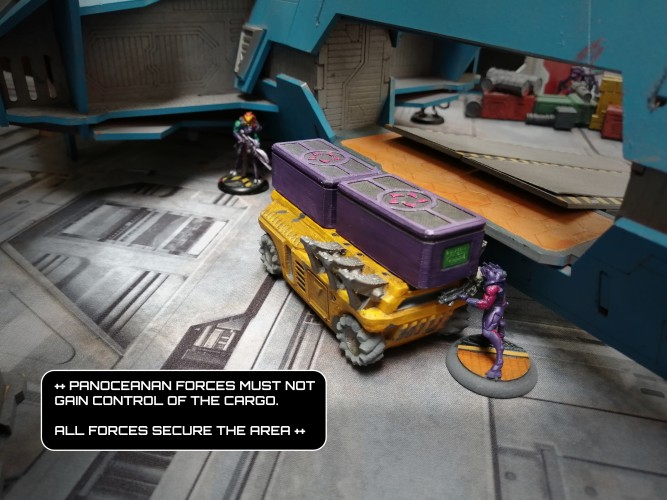 ++ COMMUNICATION LEECH ESTABLISHED ++
"I dunno mate, this Tohaa could be anywhere"

"Yeah but the shuttle landed this way, anything landing this far out in the boonies at an abandoned station is clearly up to shenanigans."

"Corporal, get up on the tower and give us some cover, all seems a little suspect"

"Bolts, on me we're going for a stroll" 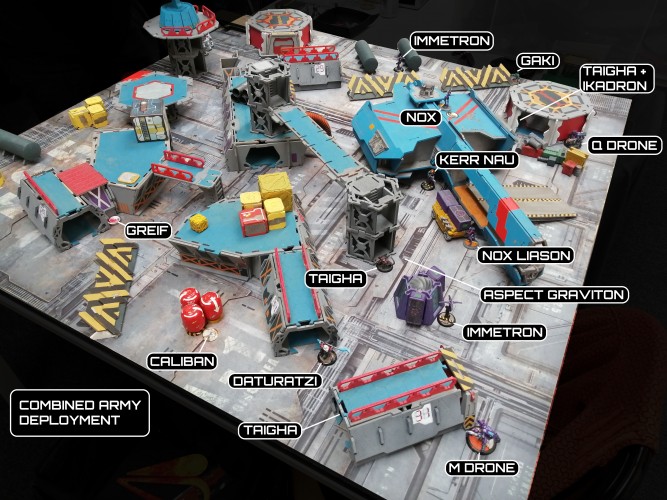 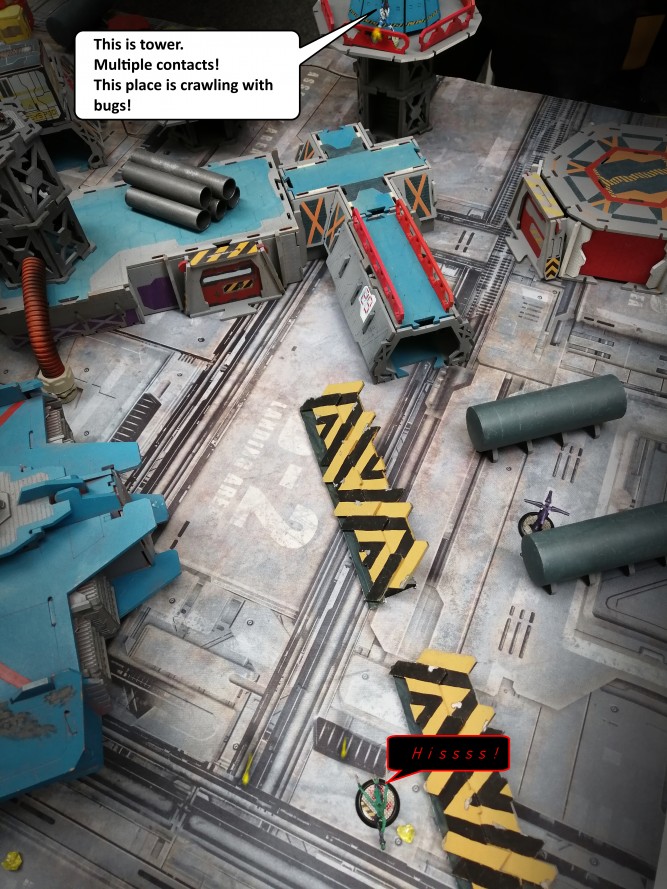 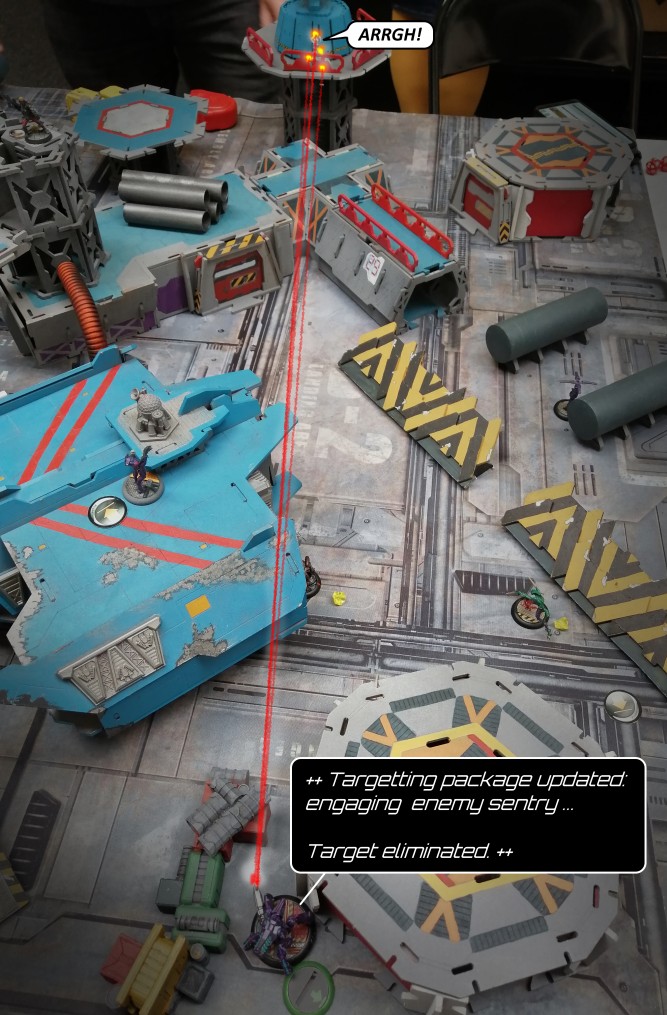 "Specialist, do you have eyes on tower or the assailants?" 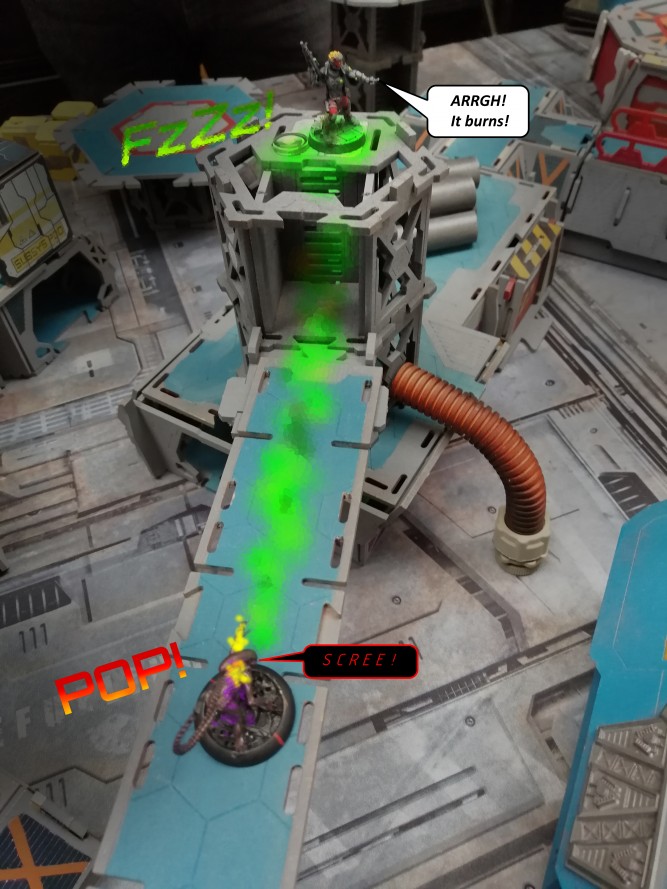 "Specialist come in... Are you there? what was that?"

"Sarge, got something on sensors coming in fast!" 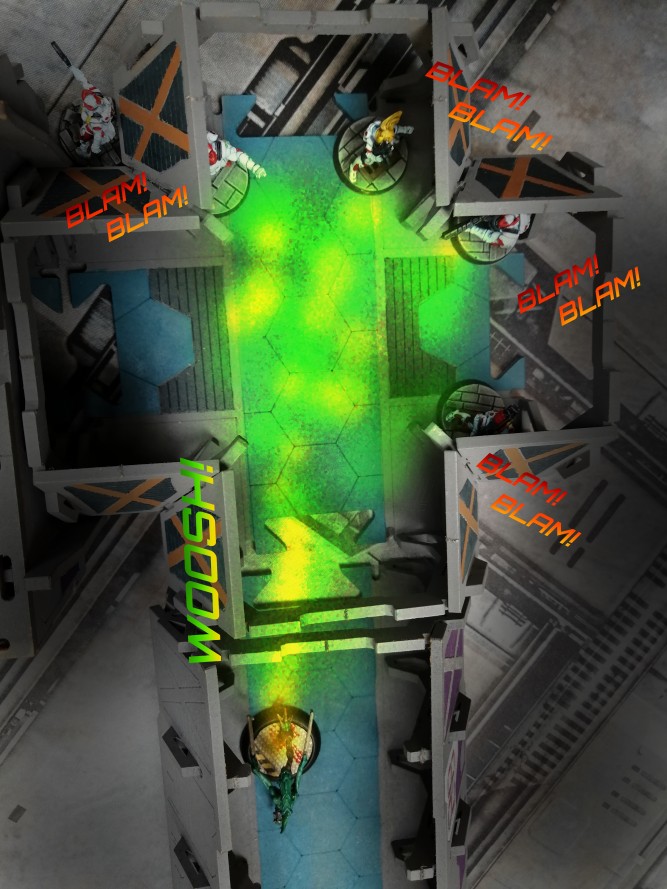 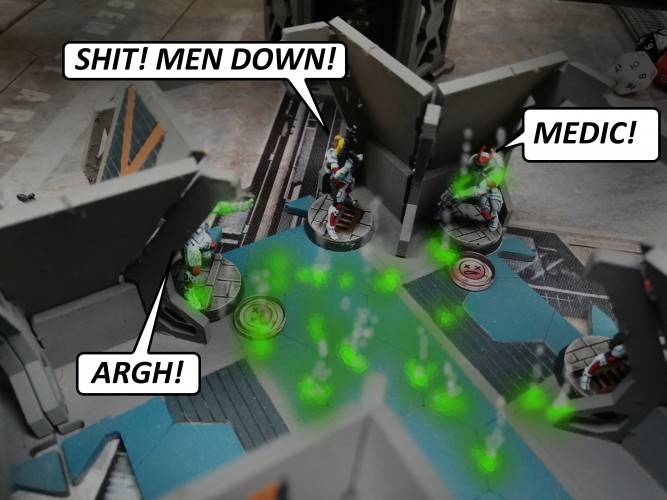 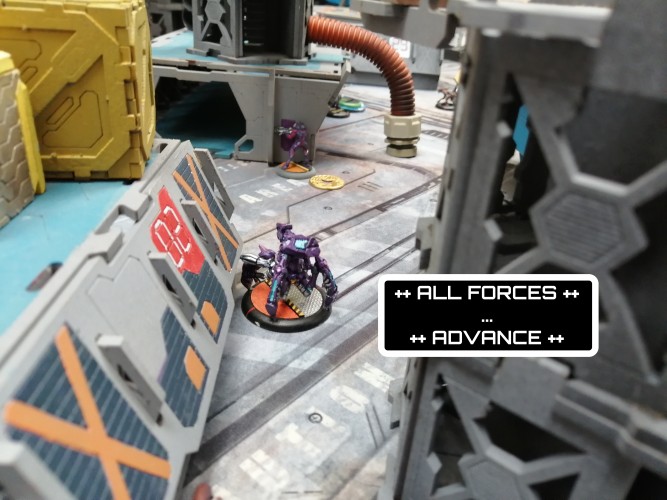 "The door in the next room just opened, two readings, one of them is big but i can't get any data!" 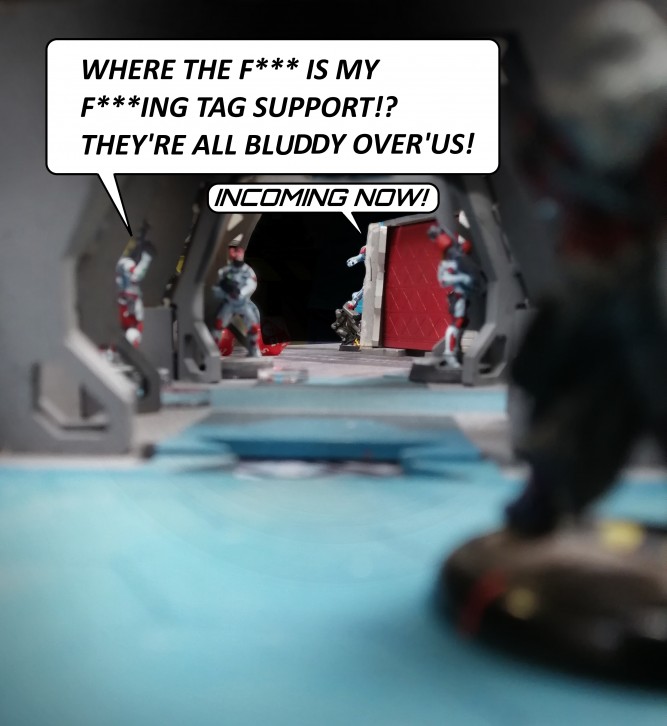 ++ ENEMY ARMOUR HAS REVEALED FROM CAMOUFLAGE ++

++ DATURATZI DOWN, BOLTS SERGEANT HAS FALLEN BACK ++

"SERGEANT, I HAVE SOMETHING ON MY SCANNER, DO YOU HAVE EYES ON?" 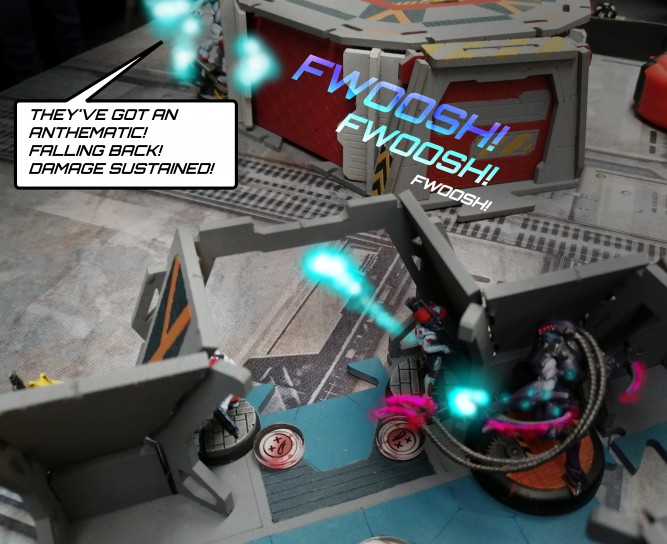 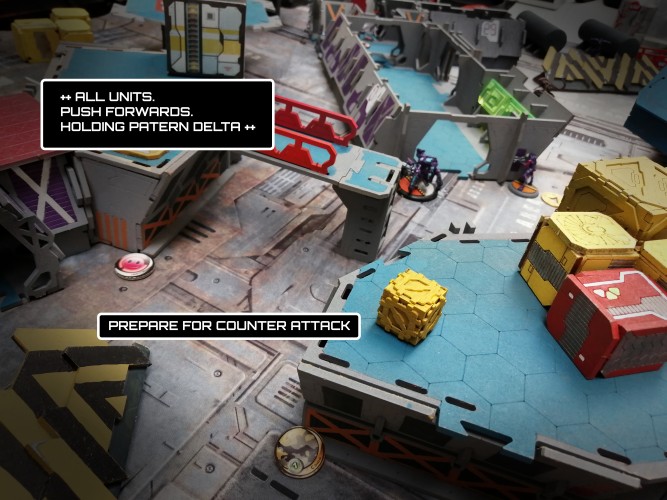 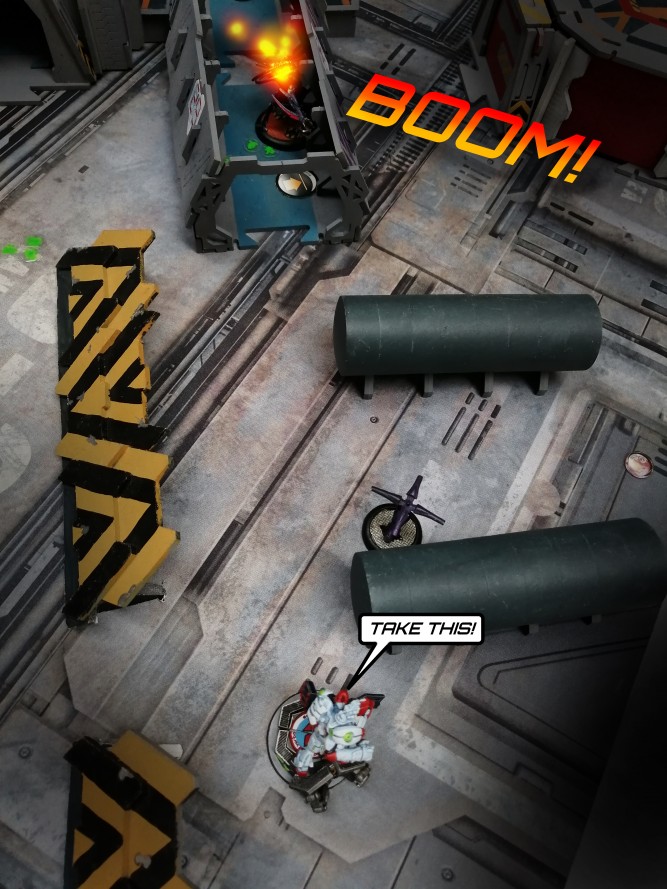 "Medic what the status of Robertson?"

"Medibots are doing a good job on Johnson tho!" 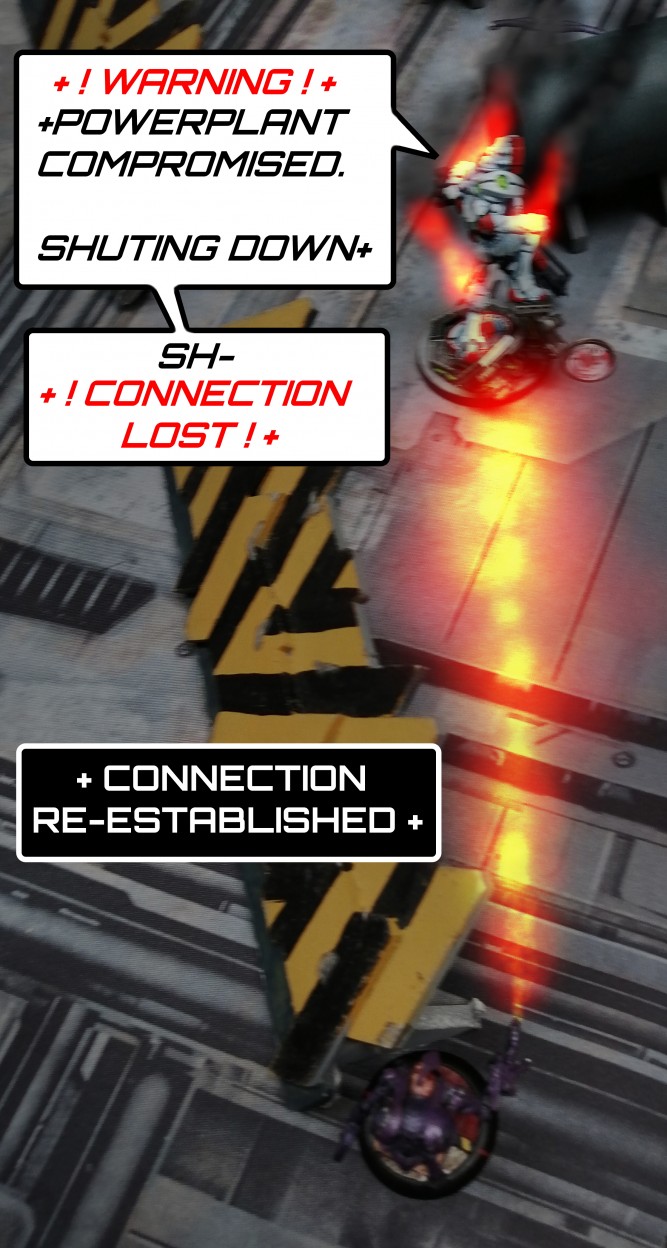 "Bollocks Johnson is down again!"

++ ALL UNITS, ADVANCE AND SECURE THE LANDING ZONE ++ 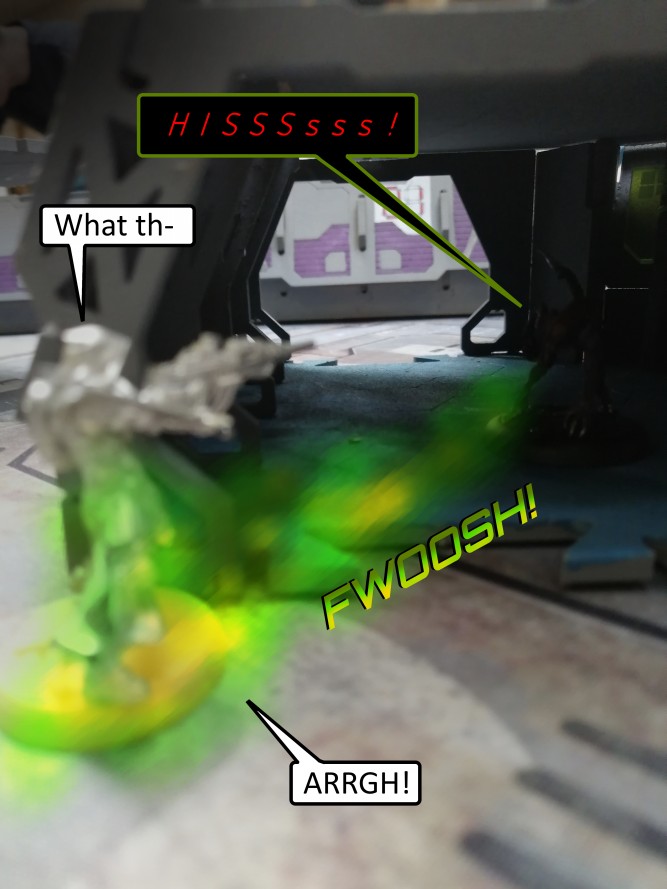 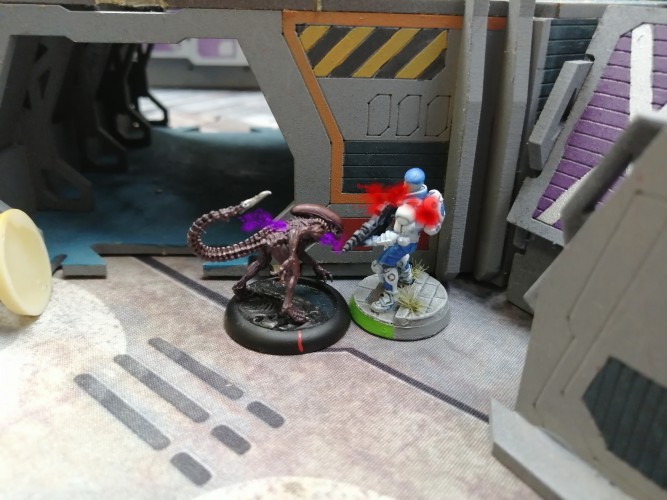 "Shit we're flanked! taking fire from a shasvastii with a Rocket launcher!"

*Sound of nearby explosions*

Caliban: " These bolts are good at dodging aspect, they've gone to ground"

"Sarge can you walk?"

"Bled out, Johnson too"

"OK We're gonna make a break for it, we've gotta get back to the tunnel crawler and evac"

The Aspect relinquished direct control of the Ikadron and returned to the tactical network, the shasvastii were already collecting the damaged armature and placing it into one of the coffins before the tractors set out into the depths of the Gallery Maze.

A number flashed up on the tactical net: 72%

Well I've irresponsibly written off an anathematic in this mission so I banned myself from taking it in the next one. Wasn't quite expecting NES to one shot it with a Feurbach, but then i did kill off his Uhlan with a light flamethrower so I think we can call it equal!