Friendly brawl in the armory. 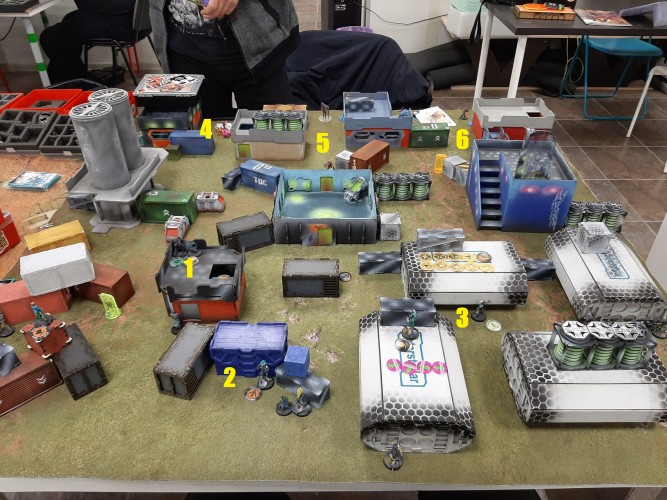 The opponent won the WIP roll, but I still choose the second turn.

Tohaa.
1. The triad of Draal with an agent and Makaul.
2. The triad of Commando. Next to them will be Kerail from the reserve.
3. The triad of Sakiel and Tagma (disguised as an agent with a grenade launcher)
Libertos in the center. Chaksas cover the flanks.

Nomads.
4. Puppets lurked behind the containers.
5. On the central houses are 2 TRbots.
6. The position of Kriza and Libertos.
Krakot stands in front of the armory door.

Nomad’s first turn.
Kriza enters the position and kills the Commando with the Pokemon from one salvo. Puppets begin inexorably to advance on the left flank. As a result of their advance, I lose; diplomat, agent, Macaul and Chaksa.

The first turn of Tohaa.
Kerail and Liberstos hardly kill two puppets, the third is hiding next to the armory. The beast breaks the doorway of the room, goes inside and finds a nanopulser in the box. Sakiel from the first order burns Kriza to the ground (2 crits), but on the next order he dies from the salvo from TRbot (2 crits).

Nomad’s second turn.
The last puppet and Libertos kill my Libertos and Taagma, but they themselves die. TRbot shoots the beast, and Krakot captures the armory.

The second turn of Tohaa.
I am reassembling the triad of Commando Lieutenant, Draal and Makaul. Take the armory and kill Krakot. Draal is trying to kill the hated TRbot, but 2 crits again stand in his way.

Nomad’s third turn.
Makaul is hiding in the smoke from the fire of robots. An engineer tries to defeat Makaul with intuitive attack and burns from a flamethrower.

The third turn of Tohaa.
Makaul sacrifices himself and closes one of the passages with smoke. Commando captures the armory. 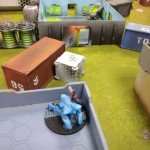 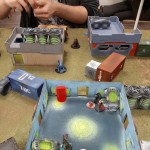 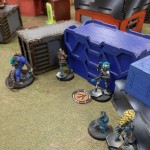 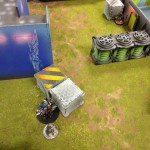 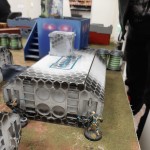