Death in the darkness 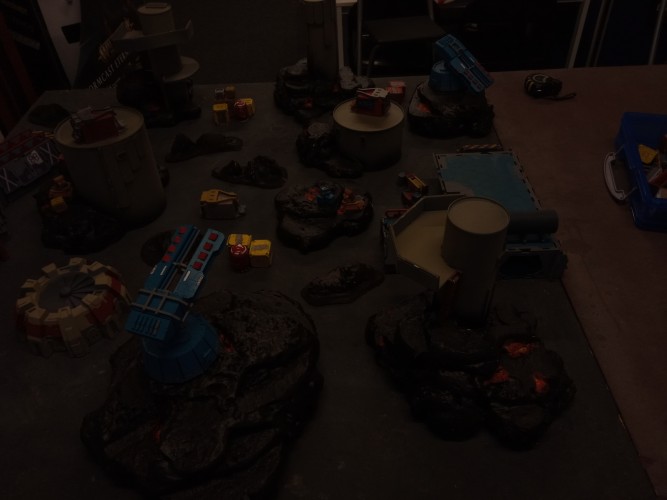 The Xaraks Battery, cloaked in the depths of perpetual night.

Arman shifted nervously in the gloom. Over amongst the tunnel entrance he could hear the terse chatter of the Druze mercenaries as they took up their positions, the grenadier clambering up the wall. This godforsaken rock held hidden menace in the darkness.

Tasked by his superiors to scout out the power supply to the defence cannons, he was uneasy in the quiet. His troops were similarly suppressed by the heavy mantle of the night; there are no companionable constellations out here in the depths of the Human Edge. High above on one of the looming gantries that overshadowed the central power conduit, the shadows hid another menace - the grim Djanbazan Yousef waited with the patience of the mountain Lynx. 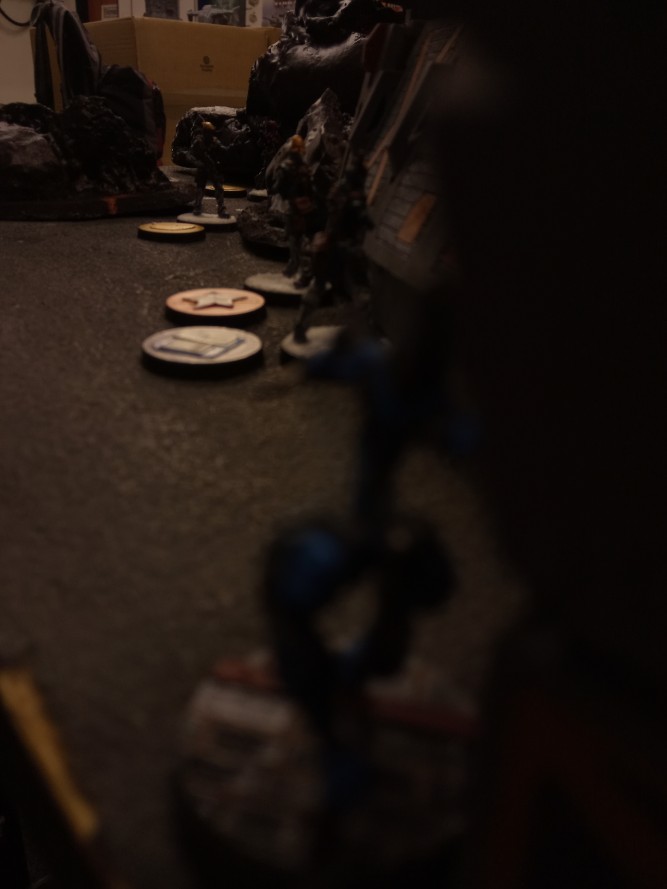 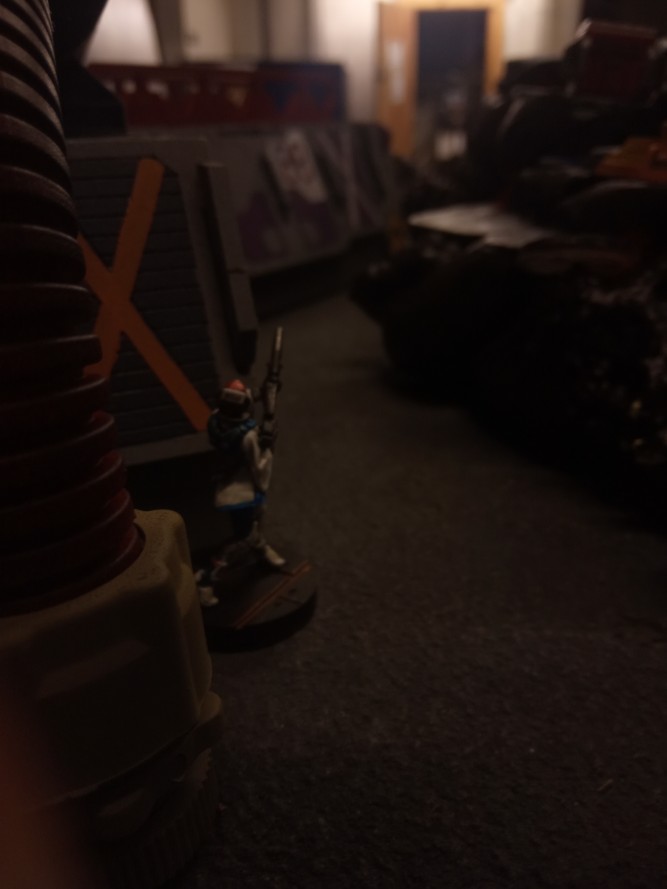 The Aleph units had already begun their own preparations to seize control of the power supply. A team of Dakini robots advanced to log onto the nearest control system, whilst a Proxy engineer accessed the furthest, before scuttling to monitor the central conduit. 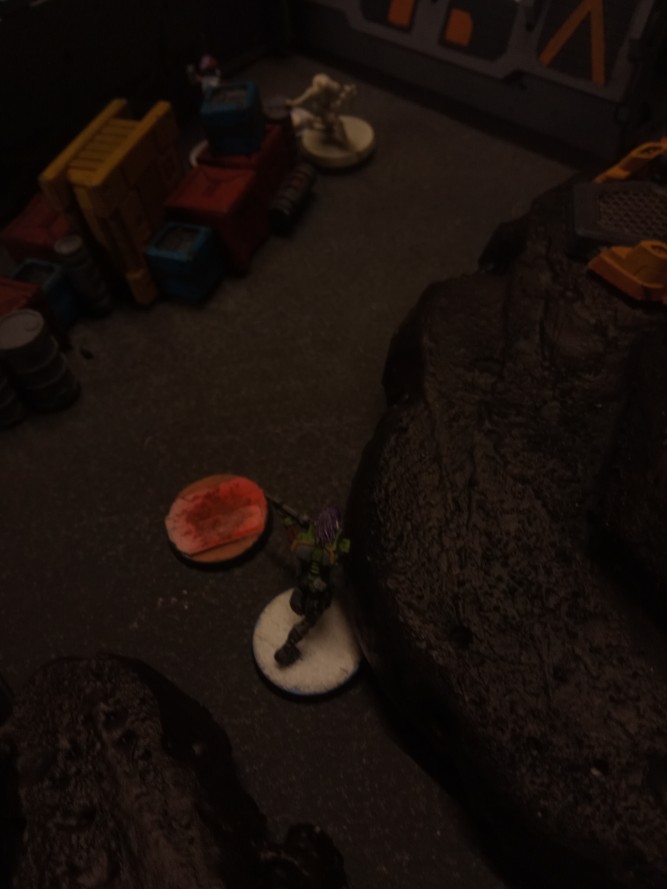 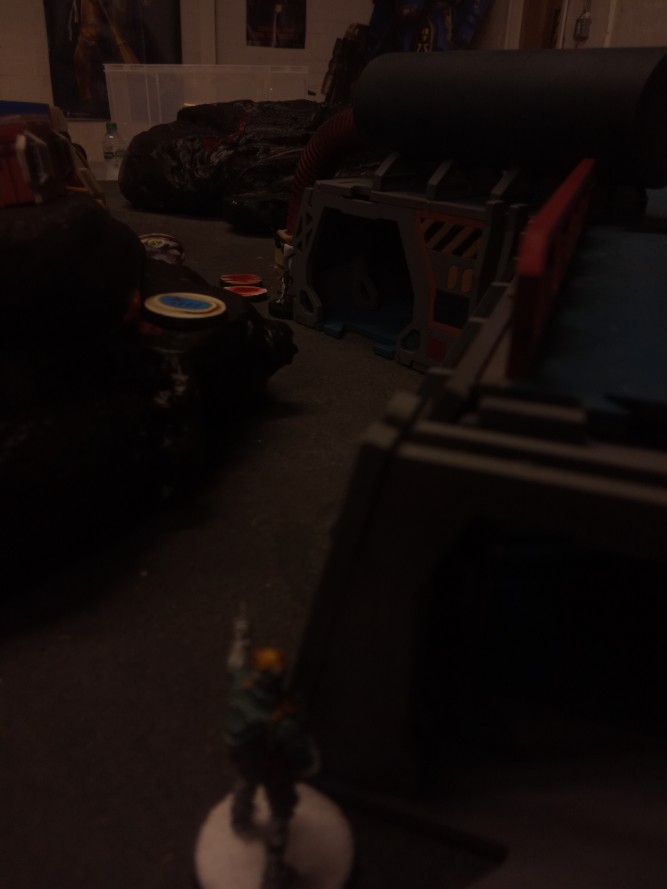 The combined hackers overwhelm Shakti, before the Druze mercilessly guns her down.

The streak of contrails overhead, and the accompanying screech of air-braking drop troops sundered the Aleph preparations as three Yuan Yuan corsairs yee-hawed into their midst. One miscued and fell like a duck. Meanwhile, the Druze team started their work with efficiency. The grenadier dropped a close E/M grenade amongst the Dakini team, isolating and imobilising the paramedic. Then the hacker dropped a repeater into the midst of the console preparations and through it all three hackers sought out the electronic heartbeat of Shakti, snuffing it out whilst she was overwhelmed. Moving up, the Druze hacker confirmed the kill with a burst of gunfire. 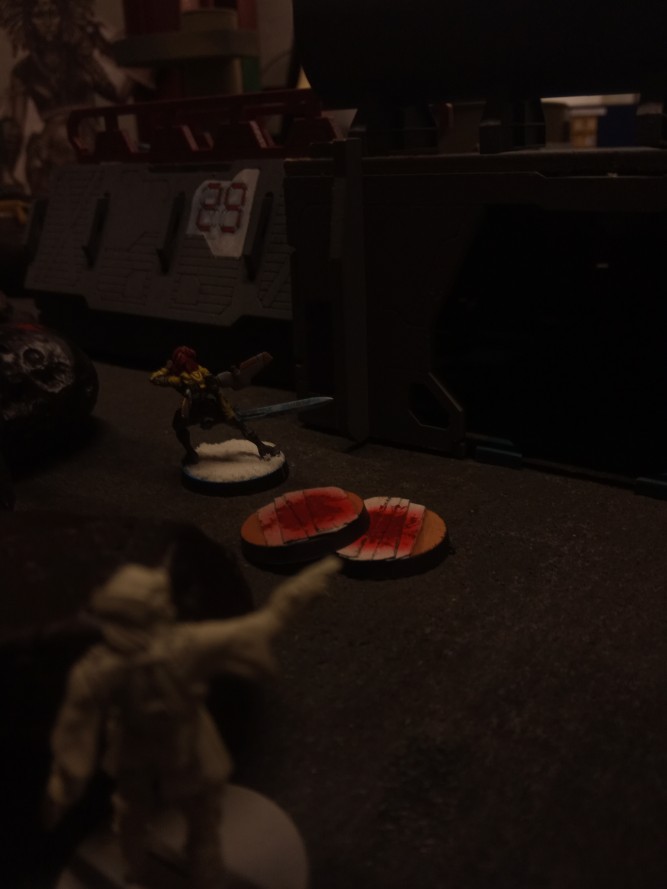 The Yuan Yuan is mown down easily. 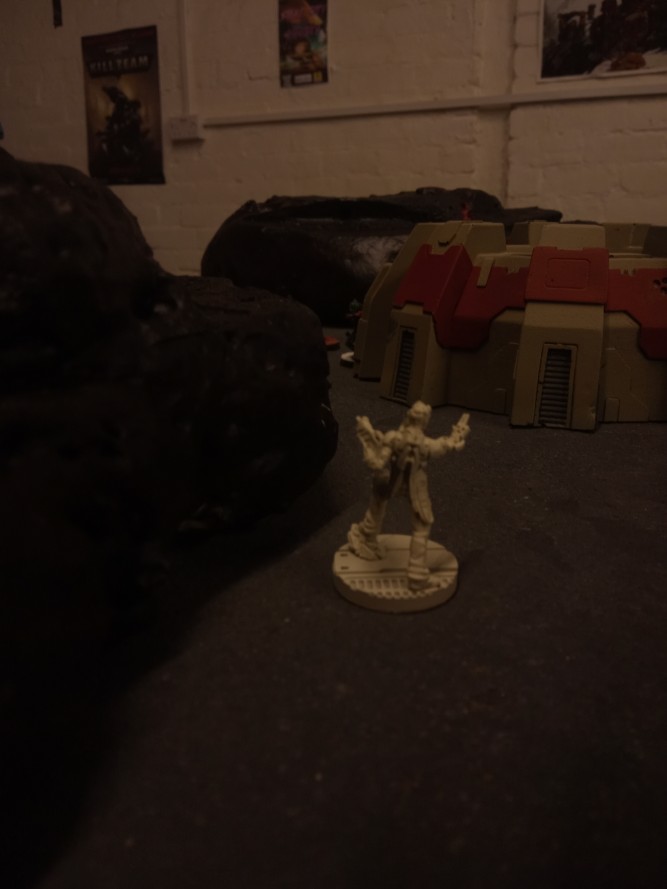 The Deva spitfire finishes the other Yuan Yuan

Realising that the initial rush hadn't disrupted the Aleph enough, Arman sent the Druze team forward into the tunnels. The HMG stalked through the tunnel, as the grenadier crawled along the roof. Stocatto shots echoed dully off the silos, but the screams over the comms bore Arman the tidings of death. Grasping at strands slipping through his fingers, Arman called Yousef to eliminate the materialising Proxy sniper. Yousef caught a clear glimpse of the camouflaged sniper in his scope; one short burst ended the threat, but also revealed his presence to the deadly attentions of the automated Zayin.

Desperation forced Arman's hand - he called for the circling aerial transport to return, bringing the elite Sekban marines into the fray. The HRL took up overwatch covering the backs of the Dakini link, but the close-range Doctor scattered in front of predatory Aleph gun line, but miraculously emerged from the firefight unscathed. 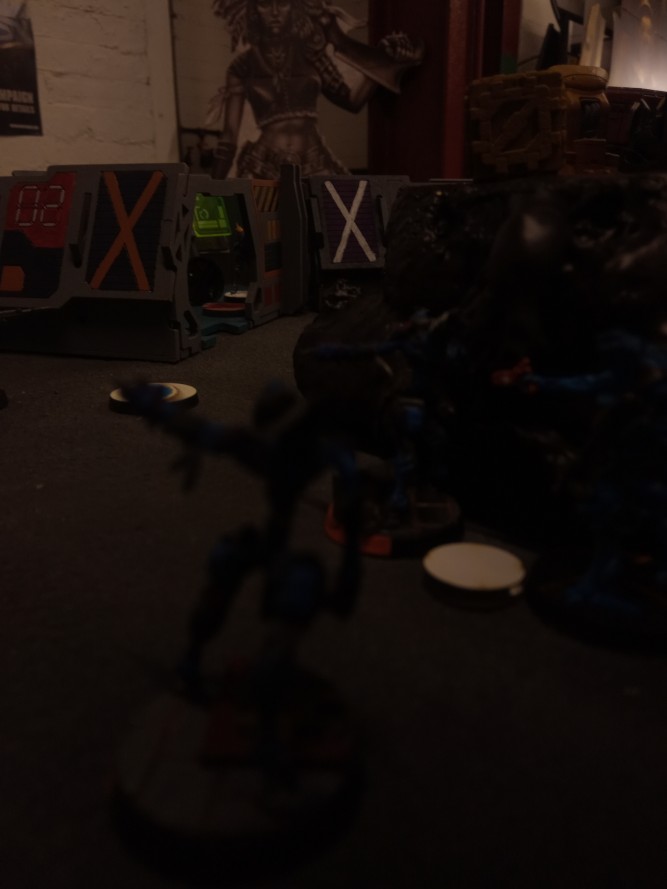 The Druze advancing through the corridor are both mown down trying to overcome a Dakini. 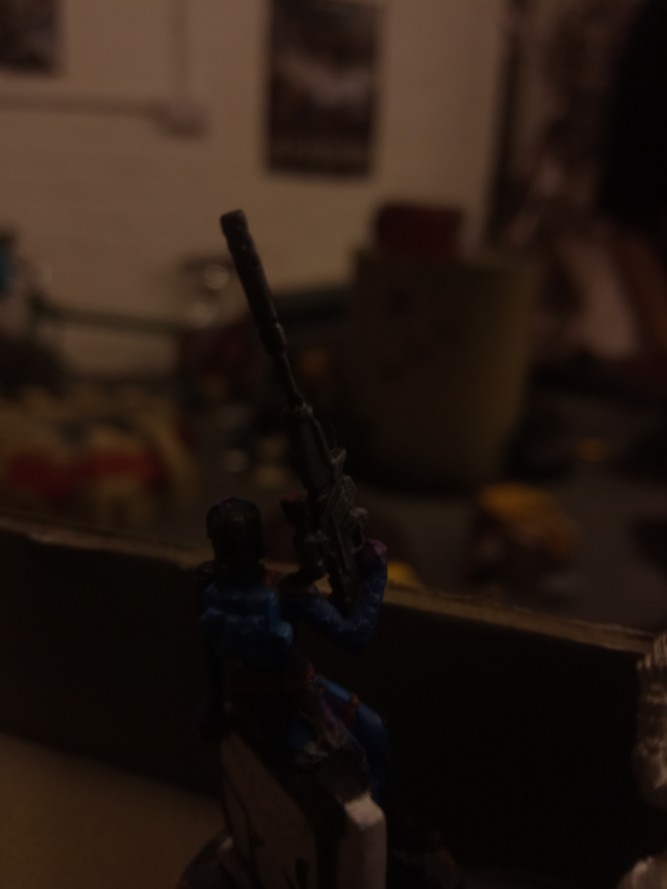 Whilst a Proxy sniper materialises to take down the Druze skulking on the rooftop. 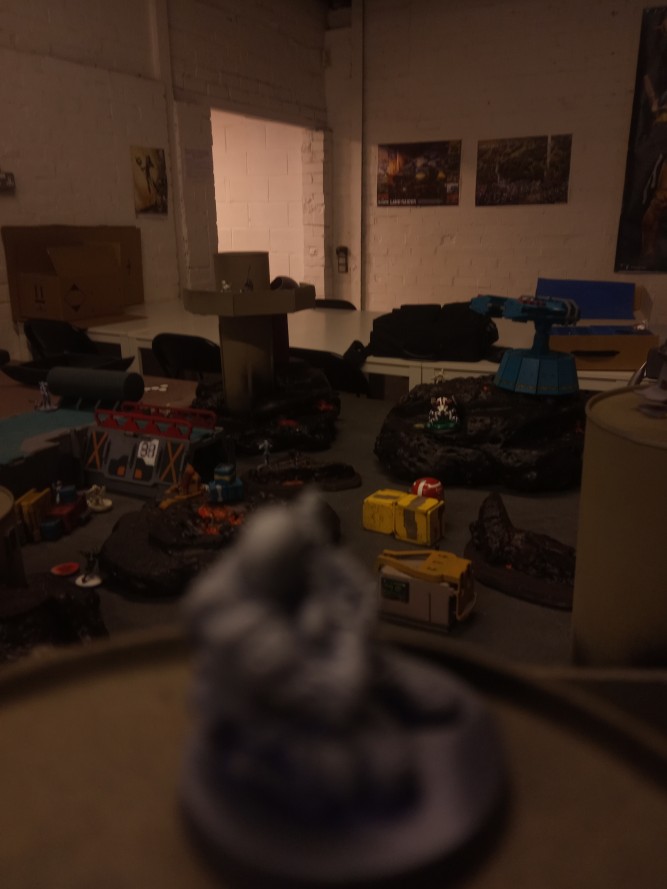 ... and is, in turn, sniped by a patient Djanbazan. 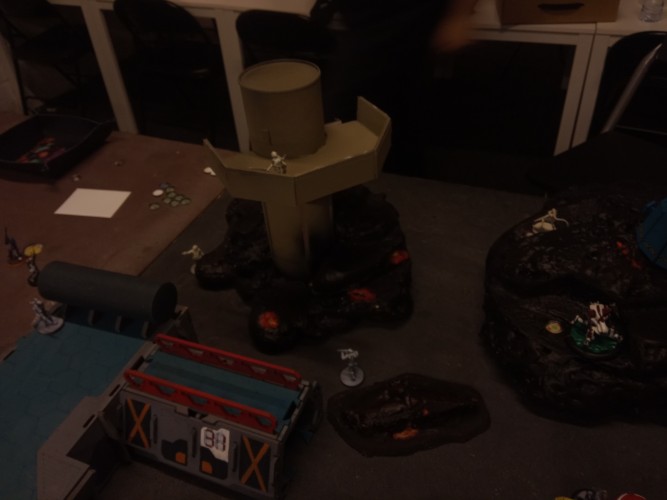 Desperate Sekban reinforcements rush to the area, the doctor overshooting into enemy fire, but surviving. 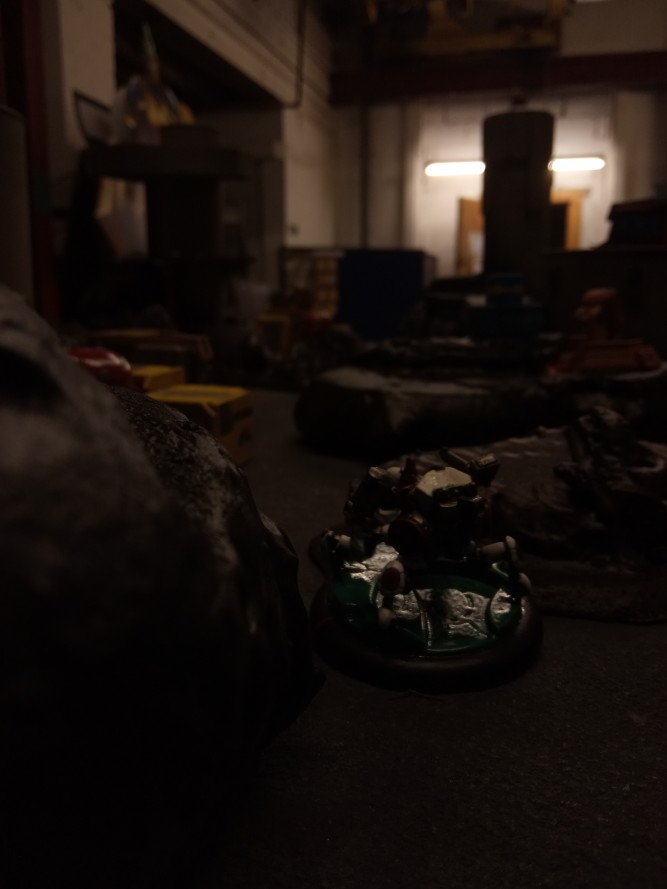 The menacing form of the HMG bot overshadowed the central objective. 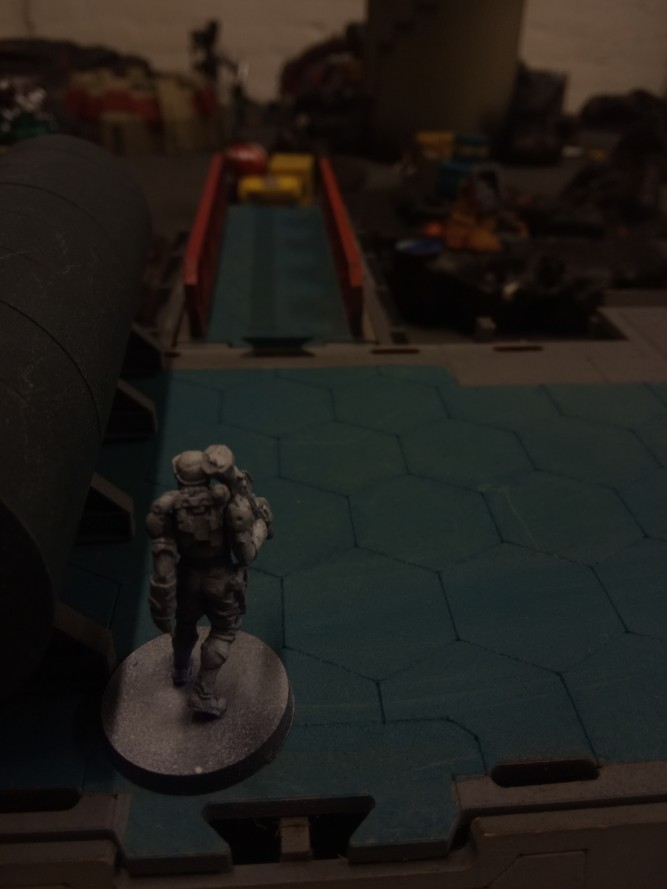 Meanwhile the Sekban HRL threatens the Aleph forces from a blind spot. 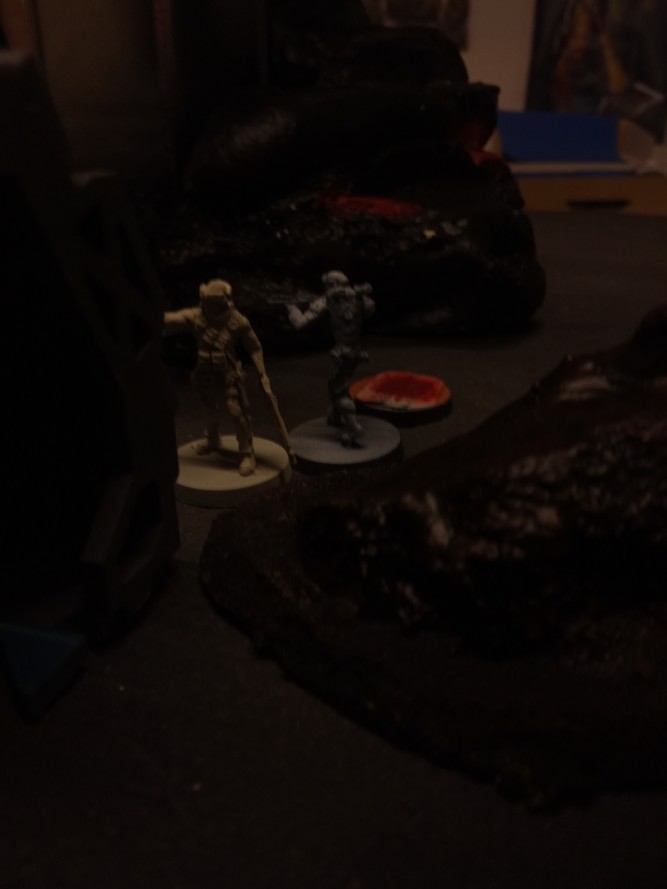 Consolidating their grip on the control systems, the remnants of the Dakini link stalk further up the table, eliminating Laila Sherif with heavy firepower, but not without her wounding the Deva first. 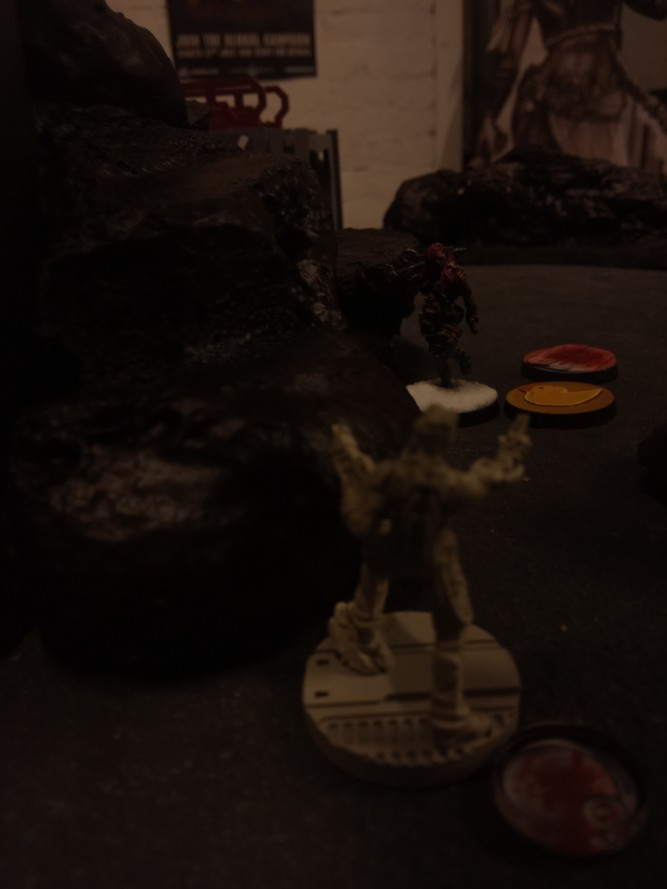 Leila Sherif is gunned down, not without causing serious wounds.

The threads of destiny snatched from his grasp, Arman could only look on in despair as the desperate fire from the HRL could not excoriate the Proxy from the conduit, sacrificing himself bravely in the crucible of machine gun and mine. The last ditch sprint of the Al Hawwa couldn't exorcise it either, leaving Arman to rue the cold efficiency of the Aleph machines. 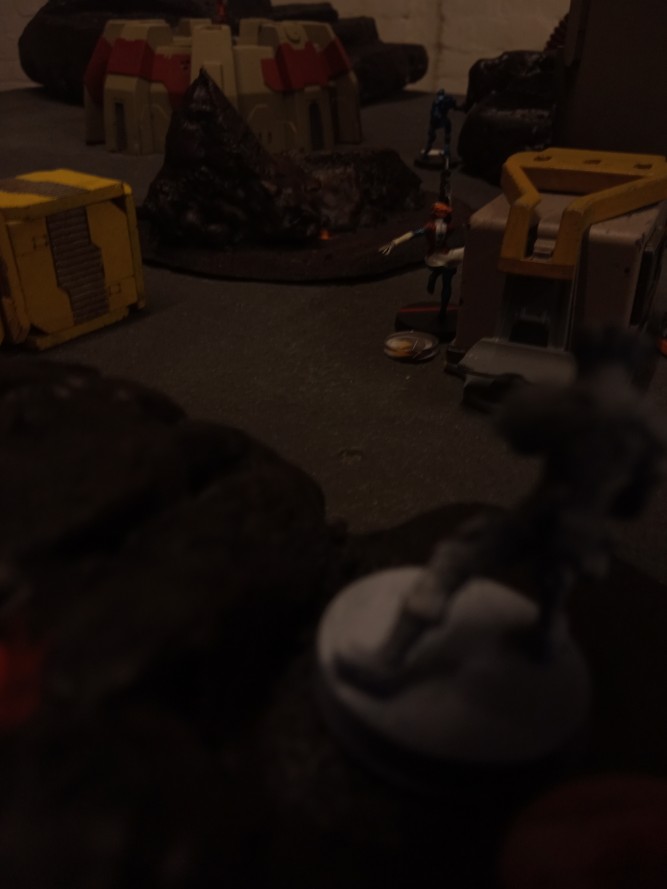 The Al Hawwa tries to eliminate the Proxy Engineer to no avail. 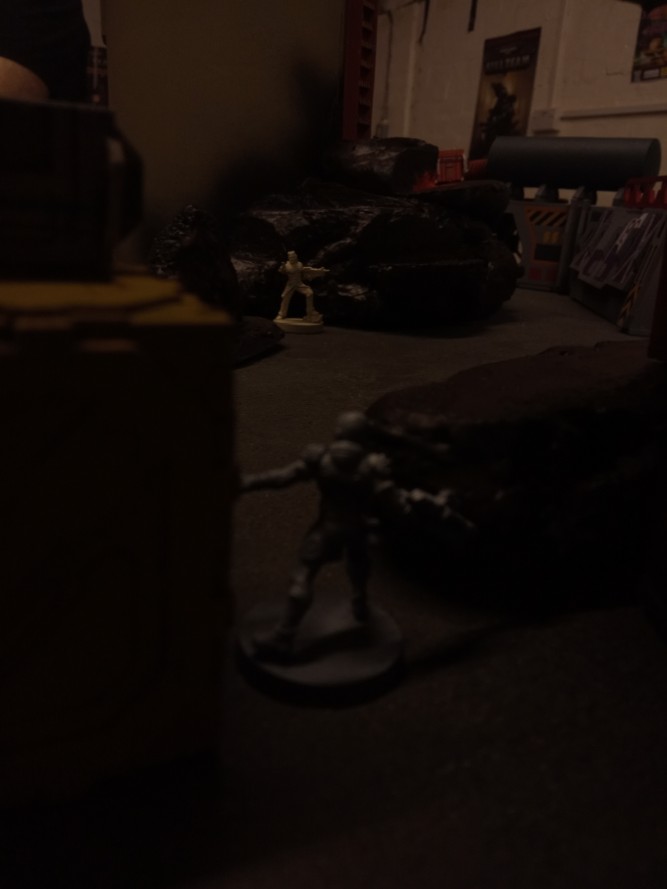 The lone survivor, the defeated Hafza lieutenant takes his spiteful revenge on the Deva