With a node in the Gorge - TOURNAMENT FINAL 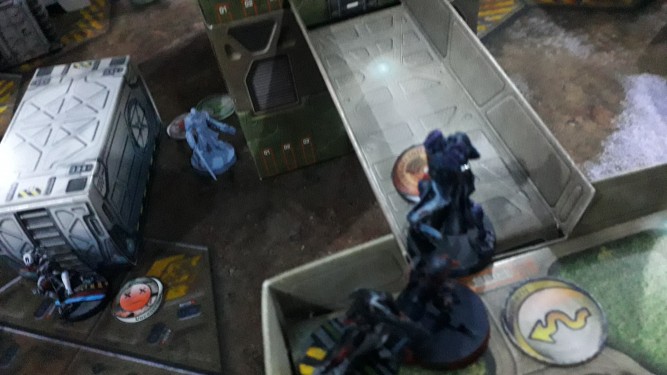 From: Arachne Node at the gorge of Noovy Bankok
By: >>REDACTED>>

As we were searching for rogue cryptocriminales, father hospitallier gabriel de fersen entered on the node of the deep gorge to search for some heretic information about the crypto criminals, few days ago a big data was stolen and this was the closest connection, we came to search fo intel about and see what valuable data we can get. 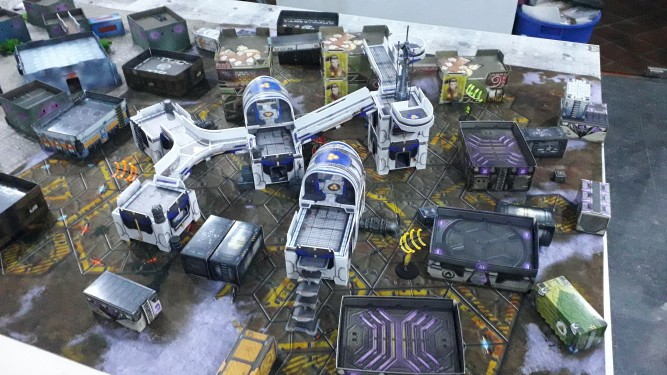 Overview of the GORGE arachne node, lots of rogue data 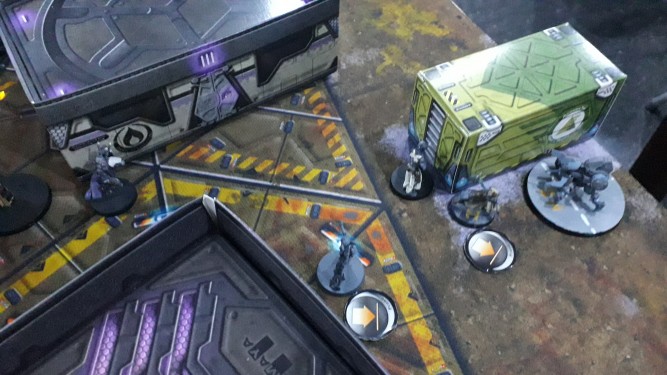 Panoceania deployment at the node 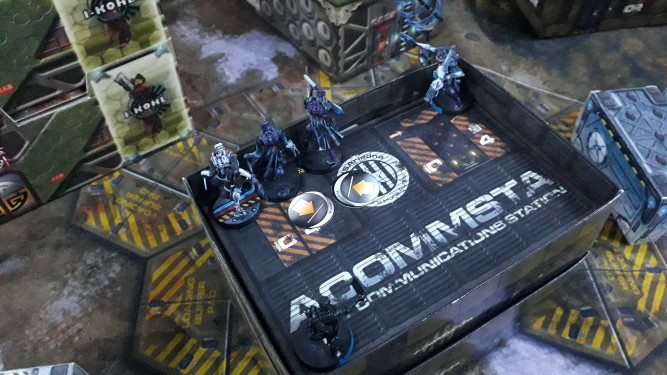 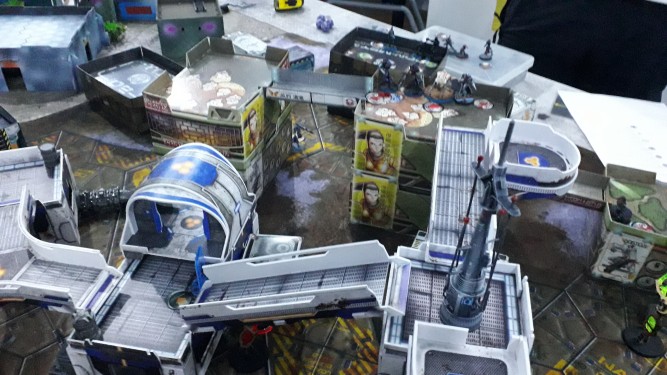 fighting for the middle of the battlefield while the hollowman get inmobilized. 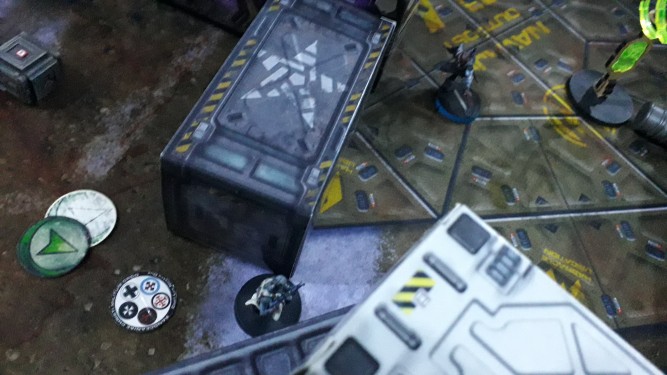 First action of SO Enrich was to meet with their HVT, resulting in being SEÑOR MASSACRE itself! 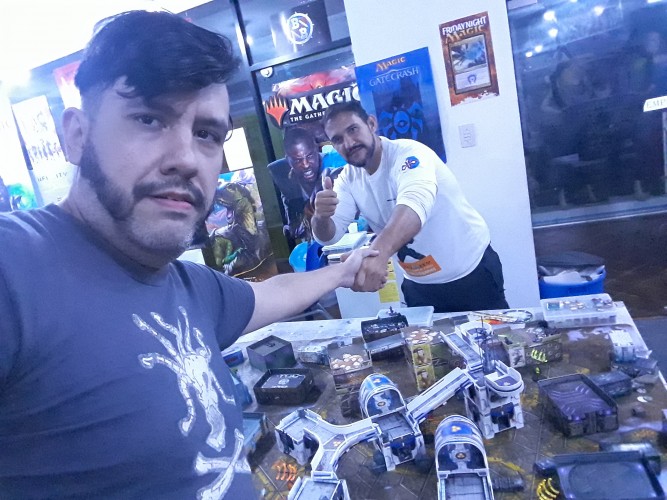 Even with the high security of the tunguskans, we seized the iniative and our Order Sargeant Enrich advanced well informed as DATA TRACKER thu all the antena to meet with the enemy HVT, that resulted in being SEÑOR MASACRE tha was deal out with a shot from the TO unit deployed in advance, then he advanced toward to meet with a detected group of interventors; atop a building that he climb thru the ladder to shot them and bring down 2 of them out of combat, saddly SO Enrich fall to shotgun weaponry (illegal by the way) but he was also the O-12 liaison, so he cant report.

Then many of the Crusader Knights fall from the sky at enemy position shooting with few sucess but positioning, even one was down due to upcoming fire.

Then the Hacker evo along the team hacked an enemy inteventor with their fierce programs leaving her out of combat. TO SO Davalos appeared at the middle to secure the antennae

Then Tunguska seized initiative,among the havok and their hollowman jumped from roof to roof but they didnt arrive so they fall shooting a deadly shot on Santiago Knight M. Alviares making him explode as many of our hacker send a lot of programs to meet our enemy, with the OBLIVION as protagonist isolating one, two and then 3 of the hollowman thanks to Gabriel de Fersen Hacking abilities, also one of their hackers Interventor find his end with a trinity at the head of the hacker, leaving the enemy without a commander in battlefield.

Even the hollow man were pindown their Spec Ops jumped al over the roofs and arrived to repair some of the hollowman that get wounded by Crusader shotgun while they jump.

As the SPEC OPS was repairing SO Davalos advanced and shoot her down with combi rifle to prevent full reparation of the abominable hollowmen. Also dealing with enemy heckler with assasin programs.

Then all started in a shoot out that Gabriel de fersen was leading by himself, many wounded and damaged while hackers made dissaster with their abilities, and being without a commander they were depleted by turn 3 where the last hollowman on feet during the retreat shoot wounding seriously out of combat to gabriel de fesen.

Thankfully we held the day but couldnt do the HVT Scan since it was a fierce warrior as Señor masacre and there was no chance to other thing than to neutralize. 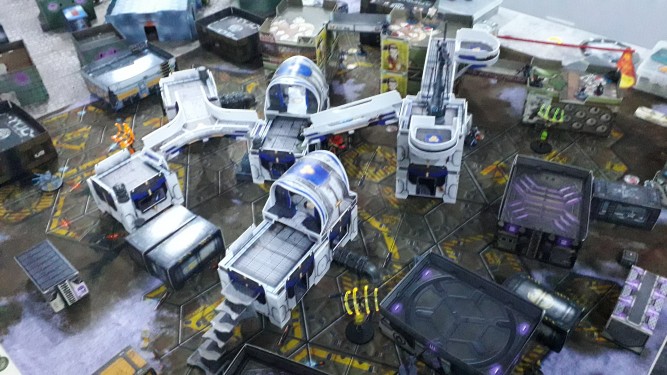 End of the battle!

Was the last round of a tournament at matrix transmissión, what a headace missión to a final.
Hopefully the DEUSVULT was with me this time ending first on the table. 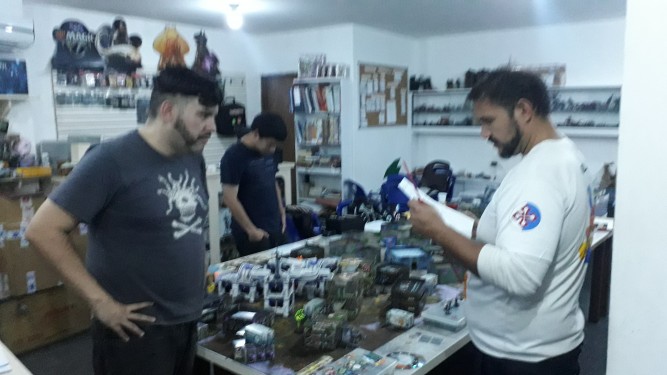 Battle for the gorge. 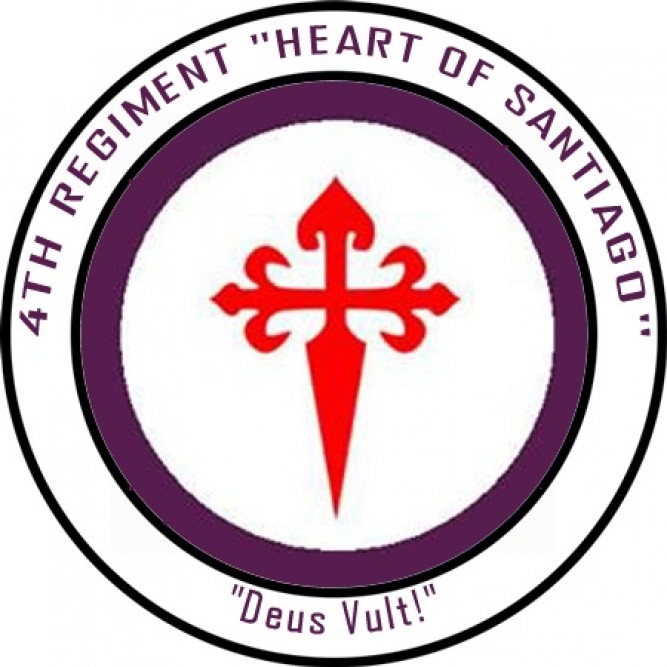