My opponent wins a WIP roll and selects a VIP roll.
I send him to put first.
He makes a mistake by exposing the whole haris in a bare field on the left flank.
A linear kazak fireteam with a veteran occupies a house on the right.
McMannus stands on the roof on the left, tankhunter occupies the roof of the central house.
McMannus was put out of reserve.

My deployment.
Dakini’s firearm is exposed on the left, the sniper controls the entire left flank and looks at the frontovik sniper.
Shukra lay on the roof of the building with a link, I made a mistake and put an engineer’s servant next to it.
Naga KHD is hiding by the pipes. Dart takes a position on the right flank to go kill the link.
The Naga mainlayer is set out of reserve blocking the MacManus on the roof.

First turn of my opponent.
On impetus orders, the Irmandinhos run forward. One of them dies under the fire of a sniper dakini. The second throws smoke, closing the right flank.
The opponent understands that throwing a smoke was a mistake, since now he will have to deal with the sniper with the help of haris.
When activating the haris, he makes a mistake by pushing the frontovik with the rifle forward. Proxy Mk2 is opened and kills him. Dakini sniper on the ARO crit the fronotivk with a molotok.
The next activates the tank hunter, kills the lamed, tries to kill the Mk2 proxy, but it doesn’t work out. Mk2 receives a wound from the rules of the mission and goes prone. The tankhunter enters a position from where he can shoot at the servant of an engineer. Link kills the tunkhunter, but I lose the lieutenant who is hurt by the template.
On remainig orders fronotvik with rifle goes into the building where was McMANNUS on roof.

I started my first turn with the loss of a lieutenant. I translated the orders of netrod, apsara and dakini into regular ones.

Due to the incorrect placement of the link, I had to activate the HMG and try to kill the sniper frontovik in the negative distance. HMG fell into uncon but a sniper got a wound from the rules of the mission.
On the next order, MK2 gets up and kills the frontovik in the house.
For the remaining regular orders, MK5 goes to the panoply and fails the WIP roll.
At the end of the turn, I appoint the new lieutenant Naga KHD.

In the second turn, my opponent activates a veteran kazak with HMG and tries to shoot Mk2, but he does not succeed, and he goes into dead.
McMannus tries to get up and kill Mk2, but at the same time he is seen by a dakini sniper. Mk2 misses, McMannus too, a dakini sniper hits and kills him.
Kazak FO makes a mission Designation.

On my second turn, Dart goes to the enemy HVT and makes a classified identity check.
Dakini fireteam moves minimally to take a more comfortable position.

On the third move, my opponent moves the dozer forward, tries to stand in supressive but dies from a naga shot. He also moves mules forward and gives me a move.

On last turn, Dart kills the remains of the kazaks link, among which was a lieutenant.
Dakini Fireteam moves forward and finishes off the mules along the way using panoply.
I am doing secure HVT.
Result 8-1 Victory
Survivors 238-0

Some thoughts on the mistakes in this match:
1. My opponent disgustingly put a haris, it was necessary to hide everyone so that only a frontovik with a molotok would shoot.
2. McMannus had to be put on the leftmost house, there is better shelter.
3. Mistakenly threw smoke on impetus in the first turn.
4. My mistake was to substitute the lieutenant under the template. 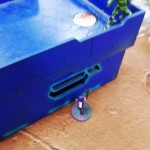 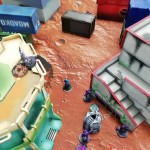 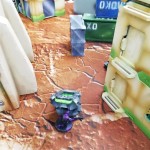 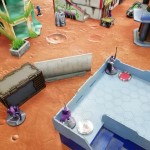 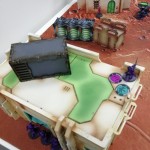 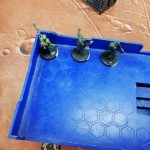 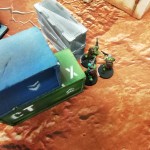 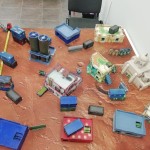 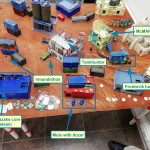 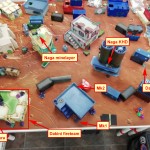