Elements from a clandestine Ramah Task Force group engage an office park in The Gorge, seeking to acquire information on Nomad shipping. Secondary objective is to copy information on the Sputnik brand of remotes, in order to further evolve the Nasmat-2 aeromobile bots. 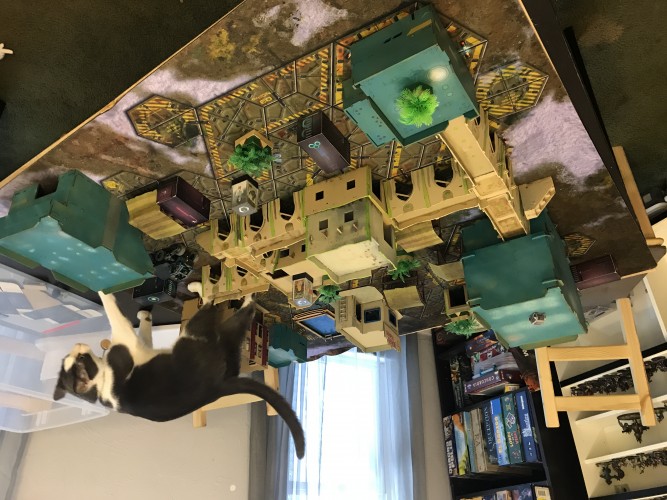 So, this is kind of embaressing, but I have no idea how to flip the image. I've flipped it in Paint, I've edited it in Paint 3D, I've changed it in Photos . No luck. Sorry.

So, we ended up playing Engineering Deck, but the game pretty quickly devolved into a "kill as much as possible" game. We got really aggresive - my opponent has been playing a lot of Malifaux so he maybe overcommitted. 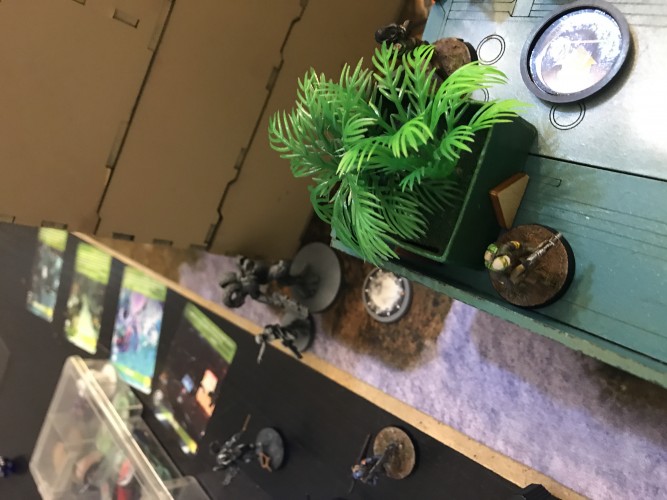 The above picture is a great example of what the hell happened. My opponent, Henry, sent his Zondnautica screaming down the flank, and used Spotlight to mark my fireteam dead to right. His next step? Blow the shit out of them with smart missiles. 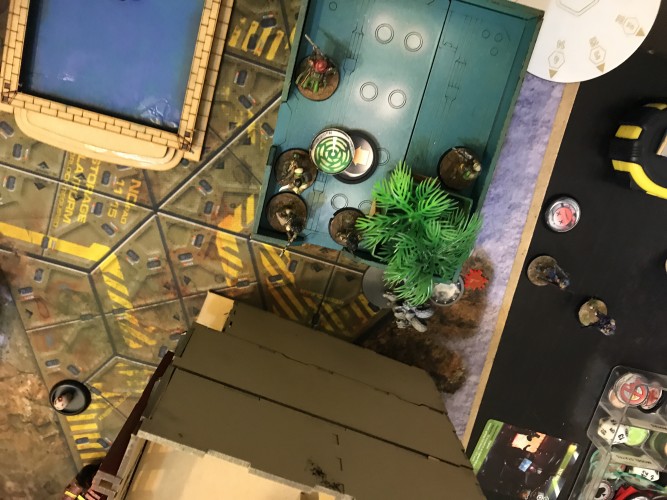 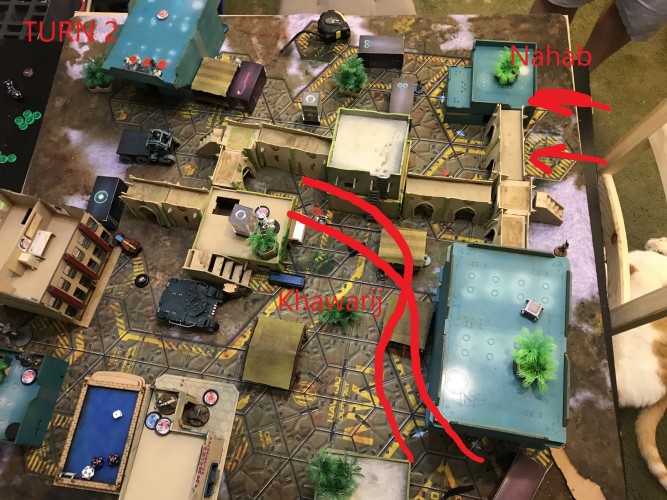 So, to my great shame, I lost a lot of my pictures and don't remember the batrep that well. (Sorry. :( )_

Above is my Turn 2. My opponent, going first, spent his turn 2 consolidating further and moving his units up. A bunch of camo marker fun happened, but my remaining troops in the center-middle (you'll notice the heavy infantry, the Al Fasid, atop the building) sort of put a stop to that with template weapons.

My turn 2 was pretty quick - I moved on some Nahab aeromobile units to get in close and go for objectives, as well as to eliminate annoyances like Zoe and Pi-Well.

My Khawarij super-jumped and tumbled through the central garden area, which worked pretty good - until Tariq went down. Still, I was able to get into an inconveniently close spot.

1 Person Has Recommended EccentricOwl For a Commendation