There is nothing a little music can’t help!

Another quick learners game. It was a bit on the harsh side, but Sven told me afterwards, he won’t ever forget to cover his back now, as I continue to land AD behind his lines. To be honests, my jumpers never missed their rolls in the last few games. Next time he will use other dice, as he did not succeed any roll, to be honest.
Game went quite quick: He took deployment and I took second turn. As half my list was not on the board, I hid the rest. He only advanced a little, trying to discover my Al’Hawwa, which did not happen.
On my turn, I got his Hsien to turn and face my dropped Yuan Yuan, but instead of playing more with the Space Pirate, my Sekbans entered the table from the side, shot down a Zhanshi and put 3 Bullets of AP Ammo into the back of the Hsien outside of Cover.
So his second turn, Sven started in Loss of Lieutnant. He did make the mistake of bringing in his paramedic, but instead of using the guy with flamethrower to root out the infiltrator, he opted for the Zuyong. Well alright, me critting the engagement was not his fault.
On my second turn I was presented with various options. The Al’Hawwa simply shot down the Zhanshis, after both YuanYuans had succeded to dodge smoke. I covered my side with the Sekbans, activated the Antenna and Sabotaged the nearby building with the Al’Hawwa before getting back into camo.
Now there was not so much left on the Yu Jing side. Sven just wanted to shoot something and tried his luck again with the Zuyong, but, well, as I said, he did not make any roll that day…
In the end I had achieved every objective, my Lt./Datatracker held the middle console for a flawless 10 – 0. Next time Sven! You’ll get it!

„Well, that’s not good!“ Lt. Halifa looked from her Comlog to L1ZT, the Crews Assault Hacker. The androgynous Al’Hawwa continued: „The battery is right in our approach vector to our nice and cosy hangar. If the authorities hail us or Allah forbid start scanning us, they would have every remaining gun on this remote rock pointing at us.“
Halifa looked around their improvised Command Module. The grey walls of the room had been decorated with a few banners and tapestries from her quarters on the ship. Still the old consoles and controls emitted an air of ozon and strangely of chicken soup. The conquered Hangar was supposed to be outfitted by now, but the danger of getting caught in the process, be it by the AEC, O-12 or even Haqqislam investigators was all too real. Having that Yu Jing Security Group in the perimeter was not helping either. Her ghost showed her the Image of an old colleague from Corregidor: Find old friends near you....

Alize Salva had been a little perplexed by Halifas call. The Alguacile Officer had been on leave on Novyy Bangkok when her old friend from the times of Freight-jogging contacted her. As Alize was an experienced Zero-G Tech and Weapons officer, she gladly accepted the Freelance Mission to install updated Targeting Software onto Xaracs Battery Field. Pay was good, and she was doing an old friend a favour. As soon as the team had left their transport, she began to have doubts. The onymous Hacker L1ZT always seemed to look down on her, even more as she had been assigned a O-12 Liason Officer. Apart from that she was outfitted with two surveillance drones, as if someone would expect. Something was not right. 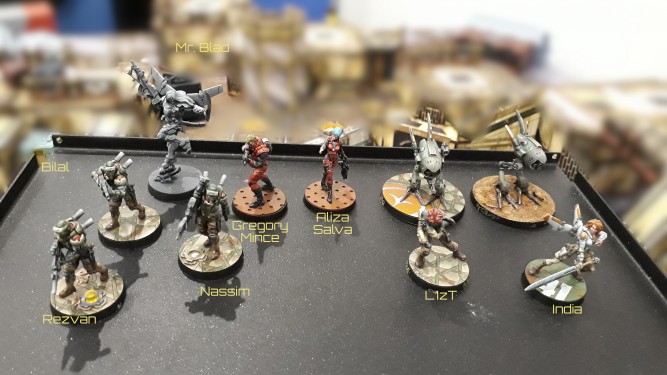 The Task force and their "Security personal" 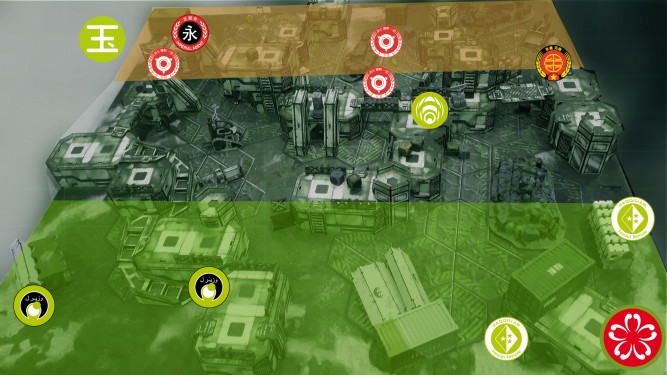 The Area of Engagement for Acquisition

The Antennas were quickly sighted, and L1ZT observed the area. The Al’Hawwa quickly scanned the area and had to confirm the presence of their old friends. He quickly dashed into the shadows, as the Zhanshis began to look suspicously into his direction. “It is distraction time,” He signaled Team B, “we don’t want our Nomad friends to get scared!”

India had enjoyed flying in this low-gravity environment, and with her new boosters (Thanks, Khaars Corsairs...) it was even more fun. Flying behind Mr. Blad was not only helpful for navigation, but she also got to admire the mans nice behind. The sudden drop of her male toward the ground reminded her of her ongoing mission. “Ah there’s the distraction signal!” She slammed into the ground. Mr. Blad’s ghost informed her of his successful landing. Both Yuan Yuans opened comms and shouted at the figure before them.

As orange and grey soldier turned around, he knew their distraction had worked. But Mr. Blad suddenly recognized the danger, as a Hsien Warrior in full armor looked his way. He suddenly had the taste of blood on his tongue, and every inch of his body told him to run. The Hsien was way above him, out of reach of his weapon. His Chain Rifle, where the hell was his Chain Rifle..... Mr. Blad closed his eyes, waiting for an impact..... 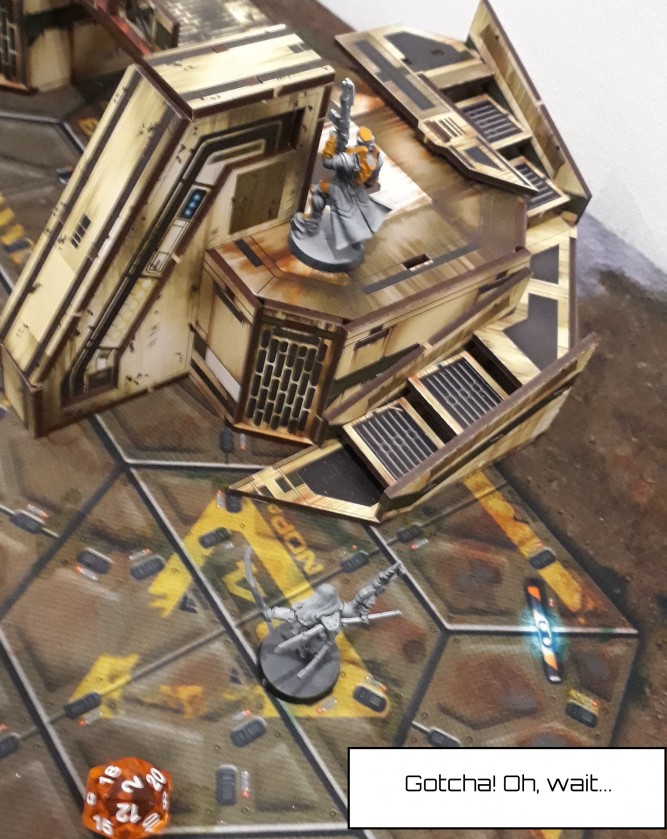 Wow, seldom have both my Yuan Yuans dropped successfully 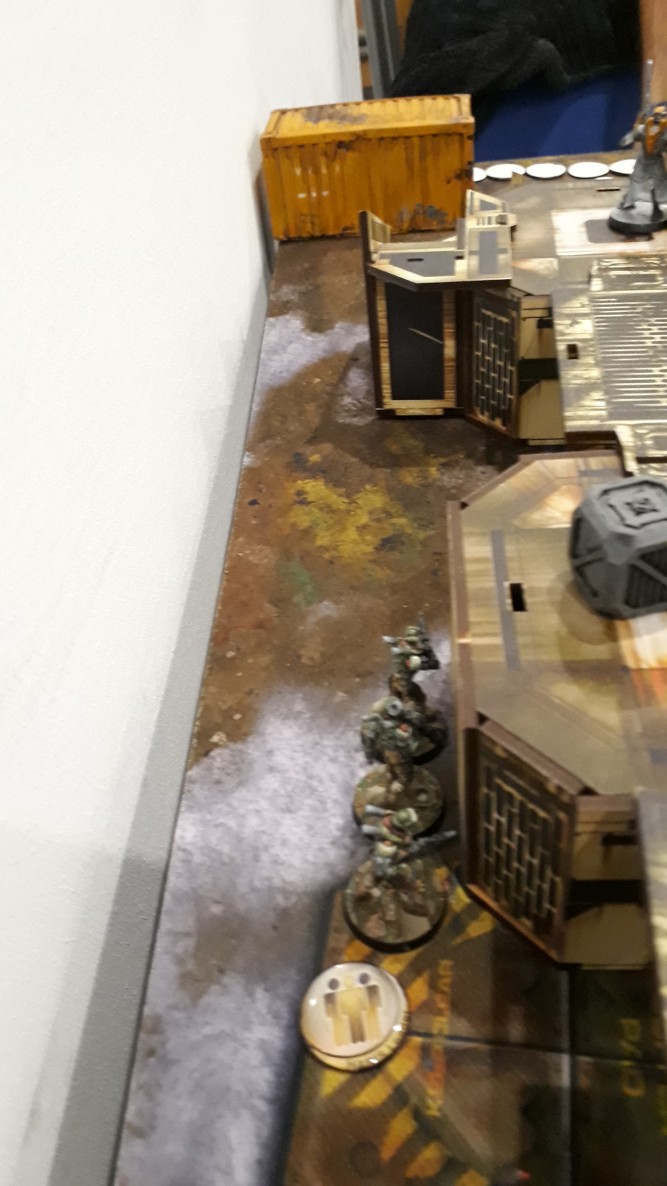 And the band plays "Enter Sekban"

“You’ve got to do everything yourself” Rezvan, Veteran Sekban Officer was notified of Haqqislam personal getting attacked in the battery field, and that by Yu Jing forces... If anything he had expected Ariadna, but the Asian Tiger? It did not matter, as Haqqislamites were in danger. His team had infiltrated the area taking advantage of the various landing pads in the viscinity. The Yu Jing forces were obviously not prepared for this... The first Zhanshi fell turning around before his Ghost could even finish the warning. At the far end of the platform, Rezvan spotted the enormous figure of a Hsien Warrior, presenting his back. “Don’t mind if I do”, he muttered, lifting his AP Rifle and shooting the mighty warrior straight through shoulder and head. “Time for a Cube Evac, I think.” 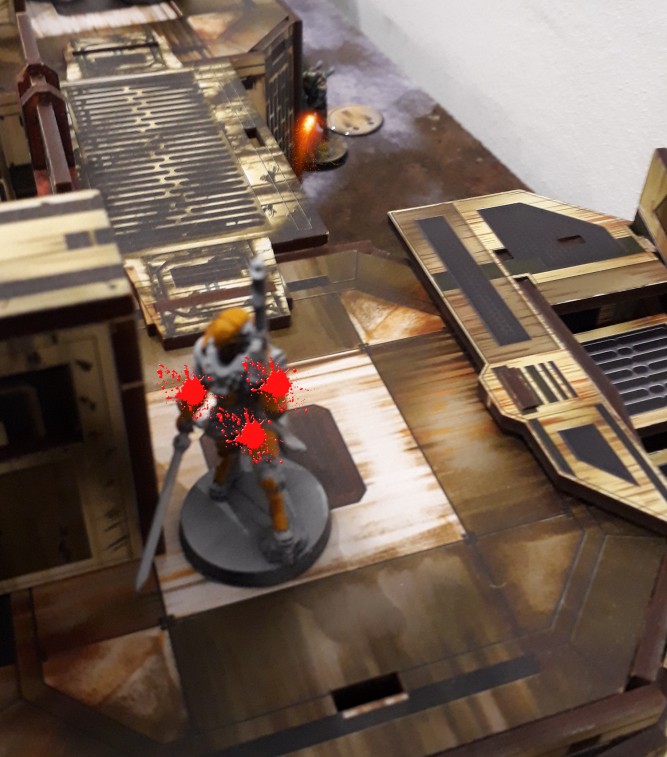 Shot in the back, and your to blame, you give Hsien a bad name!

L1ZT was pleased, their secondary team had worked exactly as intended. She looked at the antenna, and set a new calibration. As the dish slowly turned, completely without a sound, she slid back into hiding.

Alize and Gregor looked at each other. Their logs showed firing in the proximity of their objective. “We are not getting paid for this, I presume...,” Gregor looked at his Lt, hoping for a “NO”. Alize popped up a tactical map, showing Yu Jing IFFs. “Maybe we could get the drones to look into this,” she told Gregor, “Damn, you Halifa, you said this would be a standard job....”

L1ZT had cursed internally as he had been surrounded again. A Zhanshi was looking his way, and on the other side a Tiger Solider had just entered the zone. But it was a strangely familiar Zuyong, who approached him from his left. “I know you are there, show yourself intruder! Do you think we will just let you pirates roam free? We knew you would come for this battery. But your little move ends...” CRACK BOOM, L1ZT Shotgun made no sound, so he yelled the sound instead. The blast sent the Heavy Soldier stumbling back down the ladder. “And that is for monologuing, my dear...” The Zhanshi on the other side was shocked, turned around and hit his head on the Console... L1ZT was puzzled, but content. As India and Mr. Blad both advanced towards the last Zhanshi, he threw away his gun and cowered down. “Only two left.” L1ZT thought he missed something, “Ah yeah. Lt. Alize, would you mind getting here, so we can get our operation finished? 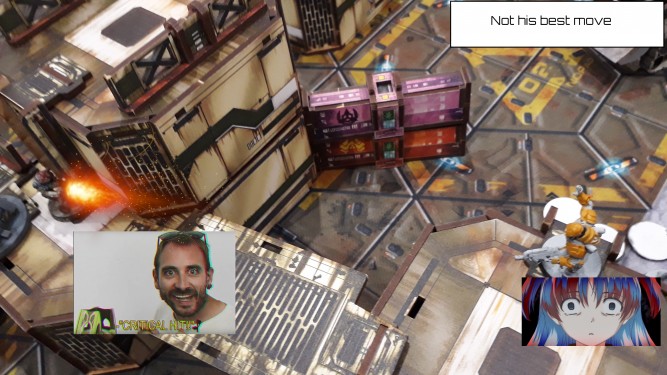 He definitly did not see that one coming

Time to pack it up

As the Sekbans cleared the field, securing the last Satellite Dish, and Lt. Alize and her Liason moved towards the Console, the venerable Zuyong finally lost his temper. “How dare you!” He shouted, lifting his Combi Rifle up on L1ZT. His shot went wild, but L1ZT was able to duck low and returned fire. As the Zuyong fell over, the Hacker planted a small alien looking device on the nearby turret. “Alright guys, load the Updates, and let the Paramedics get to the wounded, we are done here.” 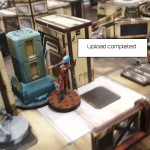 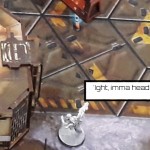 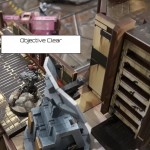 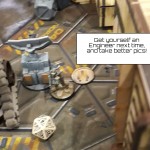 Just another day at Novyy Bangkok

As they were back at base, an offical report showed an alien attack on the battery field, the externals near the Satellite Recognition had been damaged, but the system remained operational. As the data from the Battery’s recognition system had to contain invaluable data for identifying small enemy vessels, the system got uploaded into the mainframe. “And that is how we will get our ships past every gun on this rock, and no one will suspect us” L1ZT concluded. Halifa nodded, the plan had been solid and the captain would be pleased...

Khaar's Corsairs will be back!