Transmission received…
Possible EI activity on Novyy Bangkok in the Main Strip. Yu Jing intel informing that there are smuggled Seed Soldiers somewhere in the Main Strip, hiding in the place where night never ends. A Tohaa Peace force has been established there to maintain order in the district, but they too know of the hidden threat and have been alerted of the incoming Aleph force. Tohaa also received info on a particular club owner whom they think has the knowledge of the hidden EI shipment. The Tohaa lieutenant hesitated when he saw the flash of many colored lights strobe in the distance. Netrods!!! At that moment he knew it’s was to late to have any advantage over the Aleph force. The Tohaa troops scattered and awaited the Aleph alpha strike.

Turn 1-Drakios pushes up the Tohaa right flank and is able to take out a Chaksa Auxiliars and the Taqeul Officer as well as wound the Draal Saboteurs. Drakios is terminated by the Draal and ends his attack. Meanwhile on the other side of the battle the Danavas not only places assisted fire on the TR bot but also fires off two repeaters. She then moves up and activates the Aleph right flank console to reveal an imposter. The Draal then moves up the center and takes out both the Mk5 and the hiding Krakot. The Draal then activates the console and reveals one of the decoys in the center. The Draal easily takes out the target before retreating back into safety.
Turn 2-The Danavas uses here wide repeater range to lay down white noise over the center console. This then gives her cover from both Armand and the Kaauri Sentinel. She activates the center console and reveals the primary target which just happens to be the right flank of the Tohaa force. The same flank Drakios softened up in the first turn. The Liberto under the veil of camo then follows that same path. Armand does manage to discover the Liberto but the Liberto manages to get out of site before being shot. Knowing the Liberto would surely be killed, he doesn’t hesitate and burst out of cover to take out the primary target. The AI then scans the field and realizes that the Draal needs to be taken down in order to secure their advantage. The Danavas puts up controlled jump and sends in the Garuda. The Garuda lands safely and moves in cover to lay down volley after volley against the Draal. Finally the Draal is taken down and just in time for Tohaa also had a surprise from above. The Cube Jager comes in from behind and easily takes out the Garuda. The Tohaa force now has one more unit in place that can accomplish the mission. The Kerail moves up and after two attempts manages to get smoke up on the console that was activated by the Danavas in turn 1. Out of the shadows and into the smoke a hooded figure moves up to the console. It takes the Clipsos FO two attempts but she finally manages to reveal yet another decoy. The Clipsos dips back into cover as the Shadow Shooter cautiously moves up past the TR bots watch. The decoy target is easily dealt with and down goes the last of the two decoys.
Turn 3-The Danavas casually recalls her halo screen and brings up a support ware program. She then orders the assisted fire TR Bot into action. Easily climbing climbing down from it’s two story perch it fires on the Kauuri Sentinel in the distance. The Kauuri being the first of three targets laid to waste by the fast moving Zayin. Next was the Sudra beast and then the Shadow Shooter. Unfortunately the Zayin could not get a line of fire on the Clipsos so instead ended it’s movement overwatching the Clipsos position. In a last defensive maneuver the Aleph Shadow Shooter, Lamedh, Deva and Danavas all took an overwatch position awaiting their extraction ship which was now in site. In a last ditch effort the Cube Jager moved forward and shot the Draal with it’s medkit. The drugs proved to strong and the Draals vitals flatlined. A Liberto fighting on the Tohaa side tried to damage the Zayin but also failed. Now it was up to the Clipsos to make a sprint for the last console and the primary target. But the defense was too strong and before the Clipsos even got half way to the console Tohaa command called the retreat… 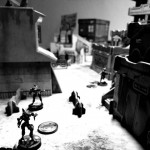 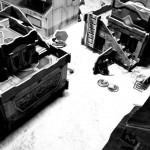 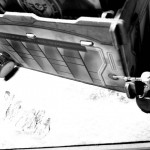 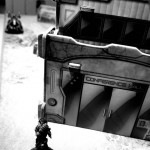 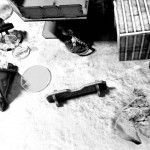 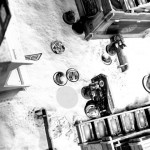 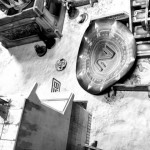 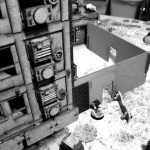 1 Person Has Recommended Deklar For a Commendation