Fedor my opponent is still learning the game but agreed to play Decapitation and we had a great time working through the nuances and trying to assassinate one another’s LTs.

I brought a defensive link of Bounty Hunters with my Zhuyoung LT backed up by a TR bot and McMurrough and a Zhuyoung Haris with a Rui Shi to get work done alongside the Wild Bill Shadowshooter.

I lost the roll off and Fedor picked sides.

Going first I deployed my defensive link centrally with Bill and Mcmurder on my left and the Harris team on the right. I tucked my HVT into what I thought was a safe corner and surrounded her with Libertos and Mines.

Fedor deployed his link on my left a Ratnik in his center and a host of camo markers around his Vet Kazak LT on a building on my right.

The first turn saw my Kum Biker fail at every thing and die to rifle AROs. McMurrough killed an entire link team but fell in the process and my Hunzakut sacrificed herself to lean out over the edge of the building and shotgun our target. I also moved my Haris team into a neat line along the back of a building.

In retaliation Fedors Irmandinho differed past a mine to Chainriflemy HVT and a Liberto while his Ratnik blew away Wild Bill with his HRL and then turned a corner to Heavy Shotgun my Haris team tanking an HMG ARO from a bounty Hunter to do so.

Somewhat in dissaray I spent my 2nd turn clearing a path for my remaining Liberto to try and kill his LT, finally dogged and having already killed Vassily and fallen for his ambush camo marker the submachine gun wielding fishman got a wound on his Vet Kazak tracking him to NWI.

Down to only a handful of orders Fedor had his Scout lay mines and move to overwatch the approach to his LT.

In my final turn I moved my TR bot into group 1 and ploughed orders into getting him across the board and into a position to shoot at the Vet Kazak only to have him save all three hits!
Finally Fedors scout snuck around and eliminated a couple of Bounty Hunters.

A bloodbath on both sides saw me narrowly kill more army points to get a 5-2 win.

Following the game we had a good chat about list building and deployment and he is keen to play again using what he has learnt. 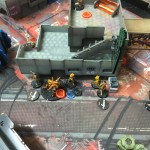 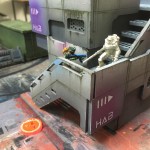 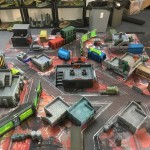 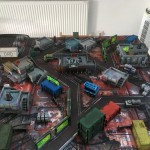 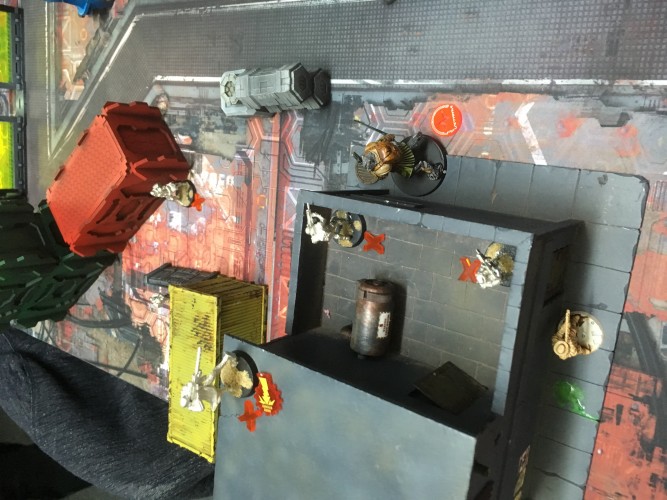 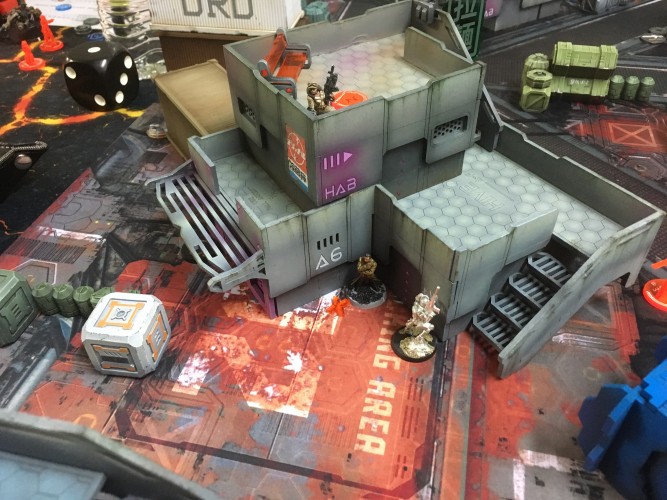 A deadly burst eliminates the HVT. 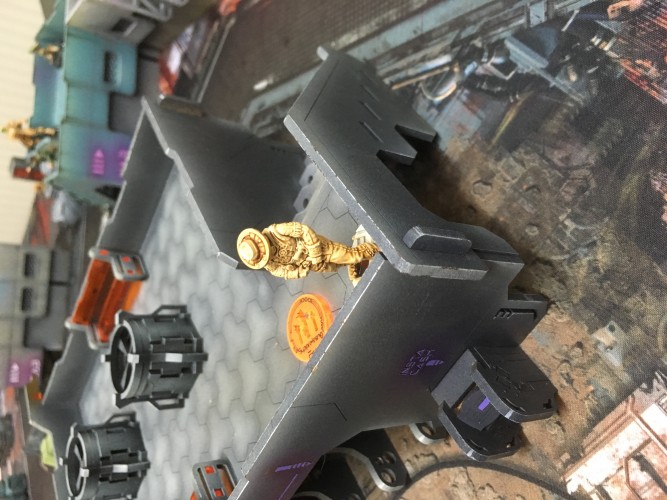 The Wild Bill bot tries to pin down the Ratnik.