Stalemate at the Logistics Center 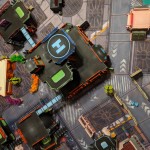 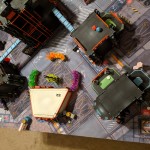 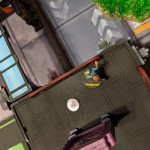 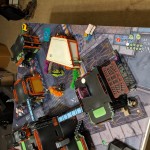 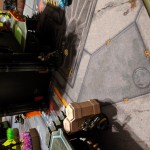 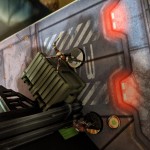 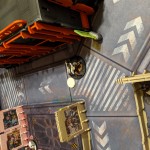 My warcor and Grenzer were able to cost a number of my opponents orders in the first turn.

In my first turn my lunokhod moved into a defensive position around my beacon, and my Kriza Borac neutralize the enemy sniper.

The OpFor Mukhtar haris was able to push forward into striking distance, eliminating my Zero and clearing both of the mines it had deployed as well as taking advantage of my poor positioning to eliminate the Lunokhod.

My Tsyklon with spitfire moved forward to open a series of fire lanes into the Haris, but failed to eliminate the third, an oversight that cost out Hellcat's life and left to the loss of our Mobile Brigada attempting to reach the TR bot eliminated by the Kriza. With the Hellcat and Brigada dealt with we were no longer able to accomplish our hidden objective.

OpFor brought out all the tricks here to hold his beacon, with a Nahab landing in my back lines and a Taureg revealing and bringing the fight to my Datatracker Kriza. Some lucky rolls left both less successful than they could have been, but the Kriza did have to retreat several inches from the enemy beacon.

With time running out the Tsyklon took advantage of climbing plus to attempt to reach the beacon. Moving to close to the enemy hacker, it was immobilized. Our Interventor was able to reach out through the repeater and melt the hackers brain, but the cage had been done. Spending 2 orders to reset out of immobilized left the Tsyklon without the orders to clear enemy forces guarding the beacon, and the hail mary rush to the beacon was littered with free AROs that successfully shut down the unit. While we were able to prevent OpFor from achieving their objectives, we were not able to complete any of our own.

No one has recommended Cypher for commendation. Log in to be the first.