A small assault group of Pasha Security Company infiltrated Firing Control Module of Xaraks Battery for an investigation mission. Group expected to engage in combat with Ariadnan guards, but they were shocked when confronted by a Qapu Khalqi patrol. Two forces were locked in a stalemate, pointing gun each other.

Mustafa, the second in command, stepped front; “Mustafa Boz, Pasha Security Company, authorized by Qapu Khalqi, certificate code QK-5172896-PS. We are chasing an Ikari Warband who attacked Pakngein Spaceport. We believe they have some small cells or even barracks here. Also we have been reported that there are some Shasvastii infiltrations. Those filthy pirates may even cooperate with the alien scum.”

Qapu Khalqi lieutenant wasn’t seemed satisfied. “According to request of O-12 and last notification of Haqq High Council in Novy Bankgok, all Qapu Khalqi forces should withdraw from Xaraks Batteries. Return to your post and leave this place immediately!”

All members of Pasha Security Company looked each other as they were puzzled. Mustafa responded again. “Captain, do you understand that we are in the same side? We have a black-op mission and I can transmit you the authorization code…”

“Enough!” Captain Avcı raised his rifle as he barked. “We are not in the same side. We are the soldiers of Qapu Khalqi and devoted to Sultan. You are a filthy hired sword who fights only for fortune. I can endure your presence as you are a legit mercenary, but I won’t tolerate your disobedience. Am I clear?”

Mustafa looked at the young commander’s resolute eyes. “We are crystal clear, captain.” 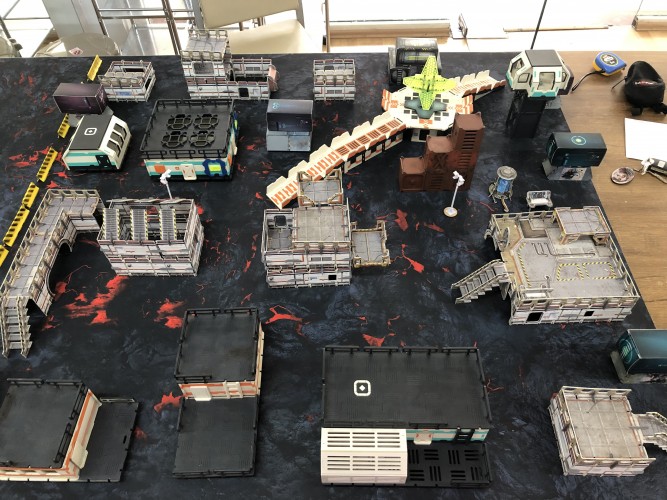 Zone of Operations: North for QK, South for Mercenaries

While mercenaries were withdrawing cautiously, Djanbazan sniper in the watch tower shouted; “We are surrounded! There are infiltrators in middle section. Impetuous Qapu Khalqi forces reacted with their guns to alert of their comrade. Five mercenaries took cover behind the containers and platforms. “So much for stealth!” cursed Mustafa. “Inform me, Rodriguez!”

Hawwa Rodriguez who is an ex-Zero infiltrator reported, “One Sekban with a rocket launcher and a Djanbazan sniper in the watchtower that is in the north-east. Two sekbans and a Ghulam are in front of the watchtower. I assume there are 3 Ghulam rifleman covering the rear to the north. One Sekban with spitfire and an engineer is in the west-north.”

Mustafa ordered the sniper if he had a clear view. In an instant sniper shot down the rocket launcher and a rocket hit a platform behind the containers. Mustafa yelled at the sniper, “I didn’t order you to shoot.” The merc sniper responded, “I saw that he was aiming us, I had to shoot first.” Sniper took another look to north, but came eye to eye with the Djanbazan sniper this time. Two snipers pulled the trigger in the same time, although merc sniper won the duel.

Mustafa was enraged. “I told you not to be aggressive. They are Haqqislamite soldiers.” Merc helplessly defended himself. “Believe me, I am responding reactively. I did not even begin to engage aggressively.” Frustrated, second in command, Mustafa barked, “Everyone, shoot to wound if you can! I want as much as low casualties!”

Then he heard the gasp in pain of Carmen in comlog. “Carmen, report! What happened?” Rodriguez interrupted, “Our liaison officer, Carmen had been shot down by Sekban doctor. He activated the security antenna.” 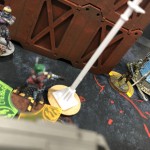 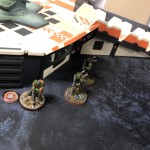 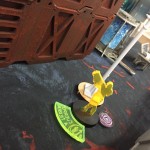 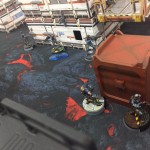 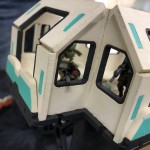 Mustafa had lost his patience, “This is enough! Its our turn now. Bring down the space pirates!” Barbossa the Red entered the zone of operations from the north-west flank. Chain-rifled the Sekban with spitfire and the engineer. Two surprised troops fell down unconscious, but managed to hit the Yuan Yuan. The other Yuan Yuan Vixen joined fray from east flank, burned the Sekban doctor first, then finished of with the remaining the Sekban and Ghulam.

As middle of the operation zone fell into hands of mercenaries, it was time to clean the north. A haris team of mercenaries (Sekbans) entered the spot where Barbossa wiped out. They advanced to north and shoot down the remaining Ghulams. Rodriguez deactivated the security antenna while Doctor Hikmet opened the tech coffin which had the blueprints of Batteries. This plans would be very valuable asset to Haqqislam and profitable bargain for Pasha Security Company as well. Qapu Khalqi would extend the contract with more reasonable fees. 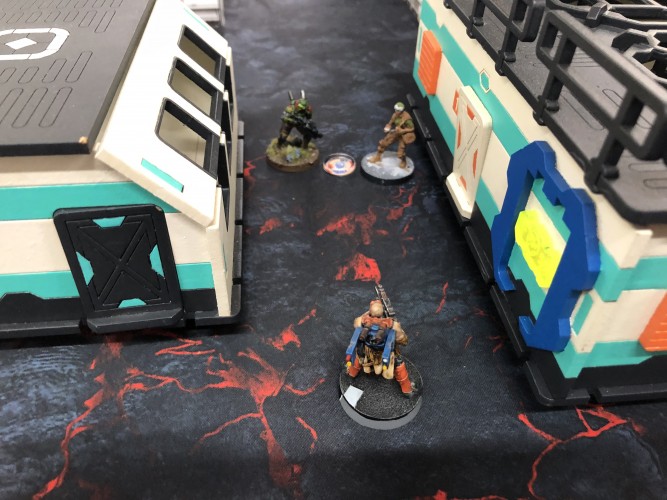 Barbossa the Red and the smell of hot shrapnel 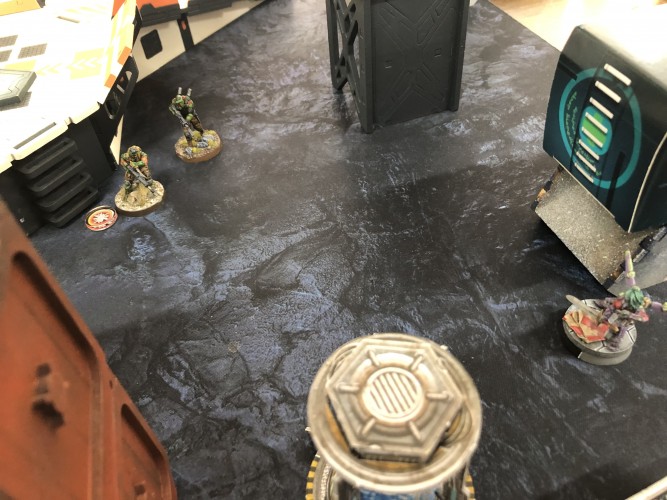 Vixen and wrath of the chain rifle