Council of Haqqislam High Command was nearly ending and the next issue was the main subject of the day. The head of the council showed a propaganda paper to the rest and read it loud; “The Heroes of Human Sphere! These mercs are getting creative every day! What a nonsense!?!”

A battle hardened one protested; “Come one, Gricks! Don’t be grumpy! You know that I was once a rogue merc! Now I dedicated myself fully to the service of Sultanate.”
The head of the council confirmed, “Yes, who can forget Sireen Barakat and the Sand Cats? But these mercs… hmm… Pasha Security Company shouldn’t symbolize Qapu Khalqi. What do you think, Terrordactyl?”

“I say this propaganda will also be the face of Qapu Khalqi for next 2-3 days. But, hey, they are very successful in propaganda. See? Paper! They are old school! And now everyone talks about Qapu Khalqi busted Combined Army in Pakngein NBI Spaceport. I think we should listened to CSO Kartal Karabekir and accept their contract offer just for motivating other QK mercenary companies.” 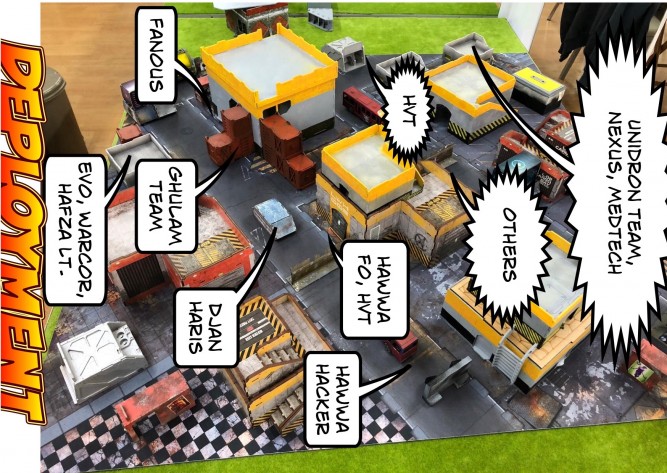 We have been deployed in Zone of Operations XA-5142 in one of the Traffic Control Centers. As we were ordered, we have prepared an ambush for Ariadnan Assault Force. We were surprised to see a small Onyx Contact Force trying to sneak Hangars Area.

As you can see from our camera footages, our spearhead Djanbazan haris team was deployed in the center. A 5-man fire linked team including HMG, missile launcher, and a LGL was positioned left to Djans to support them. I was in front of the door of the traffic control building in the middle of the operation zone, accompanied by a Hawwa FO.

A Fanous Remote was in far North-West, and Hawwa Hacker was in far South-East for recon mission. We have deployed an EVO Kameel in the roof top of small building. A Warcor was ready to record the Ariadnan occupation in order to send O-12 and Maya-net. And our field commander was disguised as an engineer beside the Kameel.

The field commander immediately called for AD Troops. Unfortunately, two of them dispersed and only one had landed successfully. Here you may better watch from the Warcor’s record. 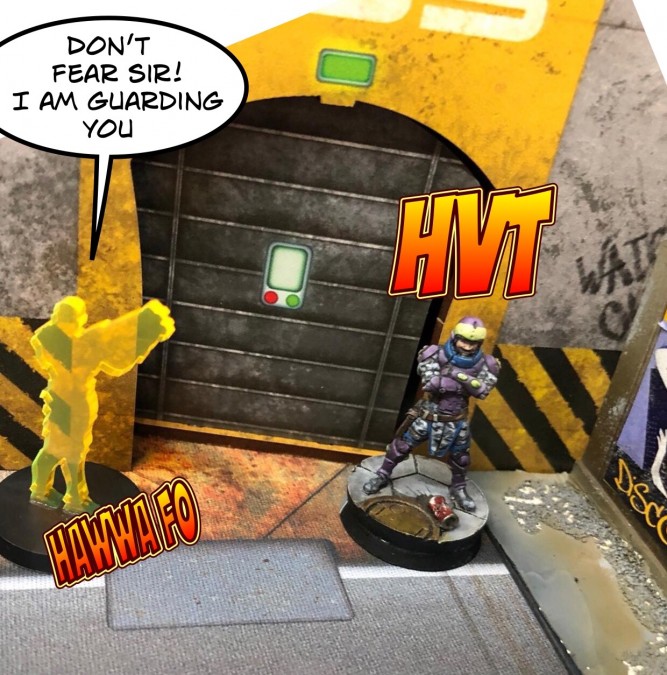 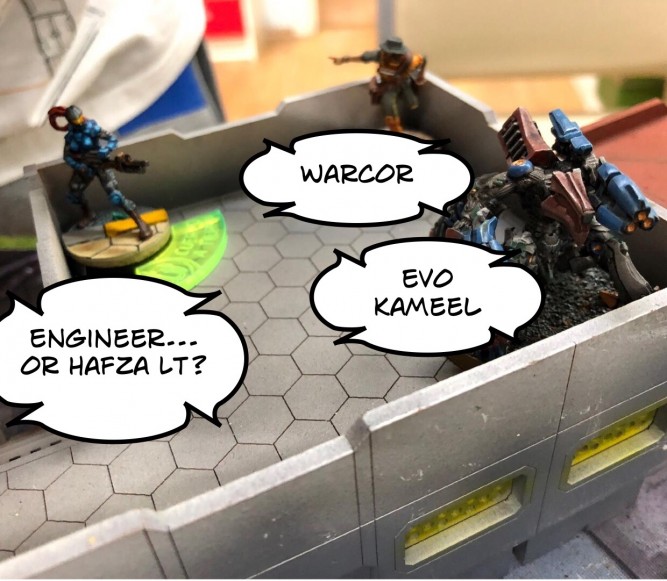 While Barbossa the Red landed close to the Onyx Force’s eagle nest, Vixen landed exactly near the Djanbazan team. Vixen barked in the comlog; “Barbossa, you idiot! I told you to sabotage capsule 02, not 03! That pirate bitch will pillage the loot instead of me!”

But she thanked her lover as she saw third Yuan Yuan’s capsule was hacked and landed in front of aliens’s line of fire. A missile blasted apart the capsule. Barbossa spit the hot shrapnel to Ikadron and the REM fell down while burning like red hot coal.

He ran towards aliens eagle nest where two snipers and one missile launcher unidrone standing. Thanks to their poor programming one was blocking line of sight of the rest. Barbossa dodged the sniper and fired the chain rifle. Unidrones seemed not to be affected at all. Puzzled Barbossa pulled the trigger once more, but was hit this time. Nevertheless the unidrones were standing functional. Vixen cried in anger, as she saw her lover fell down. 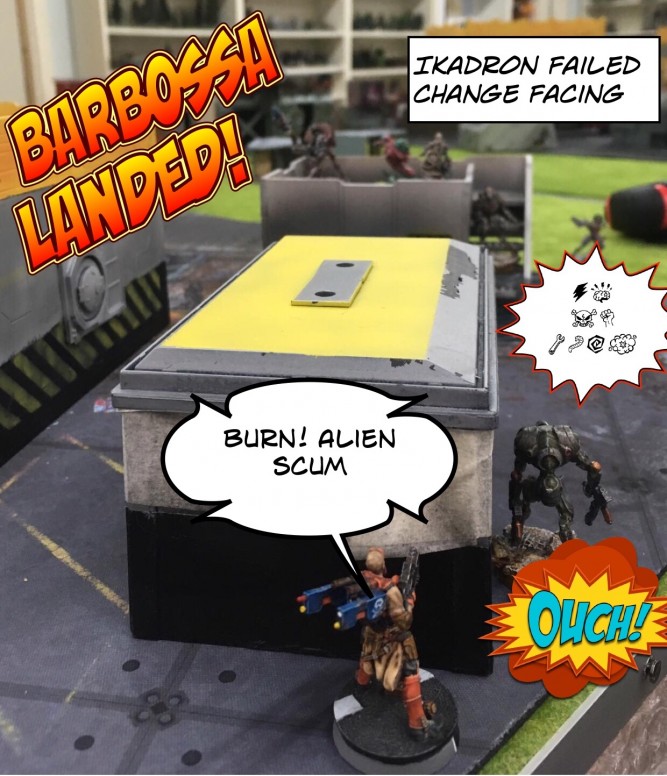 Atakan, team leader of Djanbazans warned her. “If you wanna be useful and avenge him, cover me with your smoke grenade.”

As he was in the smoke, Atakan blistered the sniper Unidrone with HMG , even Unidrone tried to respond with shooting. Despite 2 successful shots, the Remote was still functional thanks to cover of parapets. This duel continued 4-5 times until Unidrone sniper and missile launcher were down. Atakan couldn’t believe the endurance of the Unidrones’s armor as he fired nearly 10 successful hits. 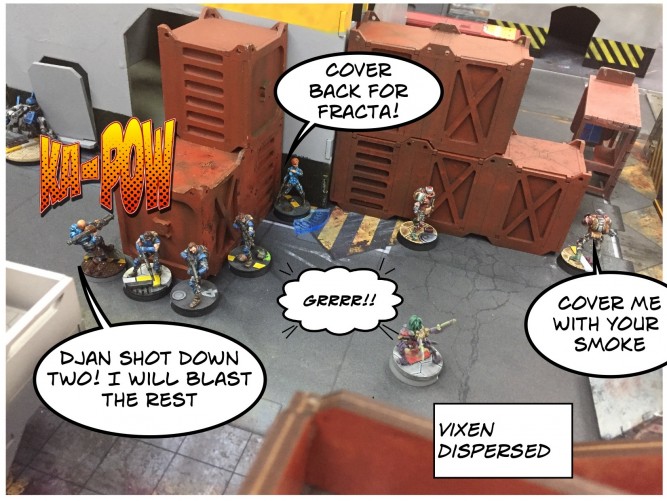 The field commander ordered the Ghulam missile launcher to shoot when there was only one functional unidrone left. The missile hit and the blast caused shrapnels struck two unidrones and a med-tech waiting to repair the inactive unidrone. There was only Nexus operative alive, pinned in the roof-top. 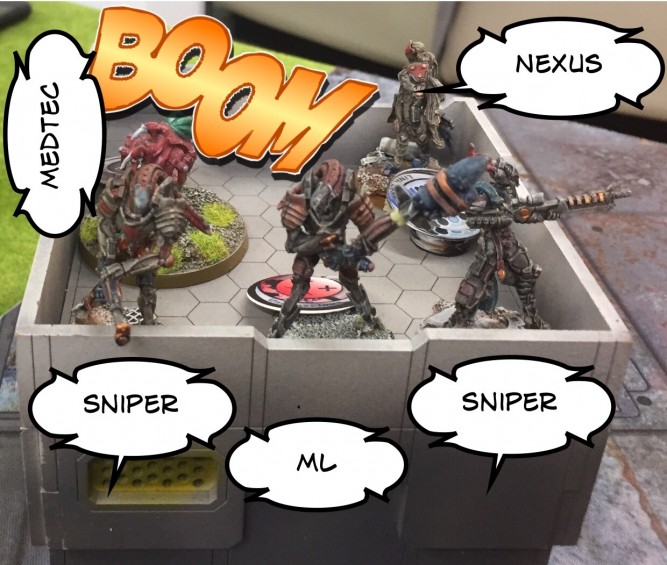 With high casualties, Nexus ordered the alien AD troops to strike to QK’s rear. But thanks to EVO Kameel, one of them dispersed and only Ko-Dali managed to land properly. He planted a D-Charge to a container and detonated it.

Intelligence suspects that mission of the Onyx Force was to erase the trace of the main Combined Army. Ko-Dali crippled the Fanous remote, and then wounded the missile launcher. 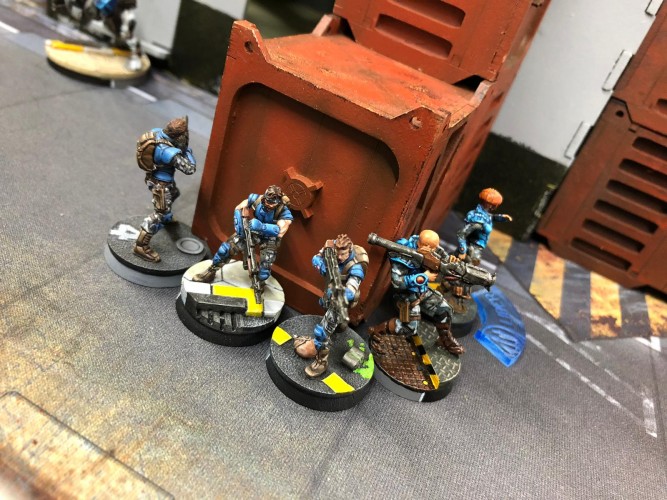 The field commander ordered Hawwa Hacker to detonated the barricade in South-East to block the escape route of aliens. At the moment, Atakan led his team mates to advance and shot Ko-Dali down. They encountered a suspicious individual. In Identity check, it is discovered that the individual was a Shasvasti. He was immediately inoculated and drugged. 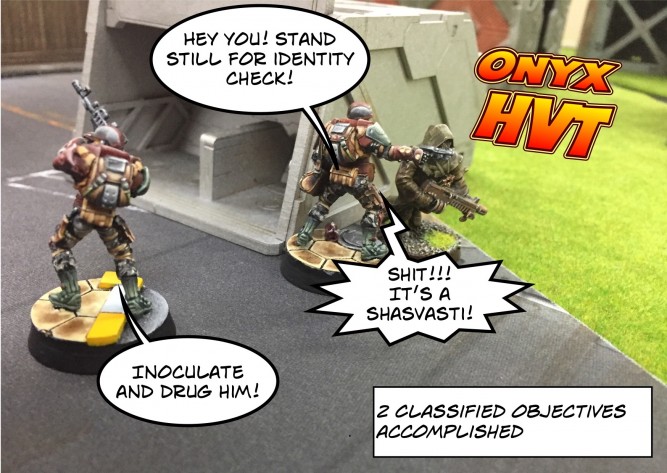 Noctifier fired on Djanbazan team desperately and managed to wound Atakan. But Nexus operative was rational and ordered his force to retreat. 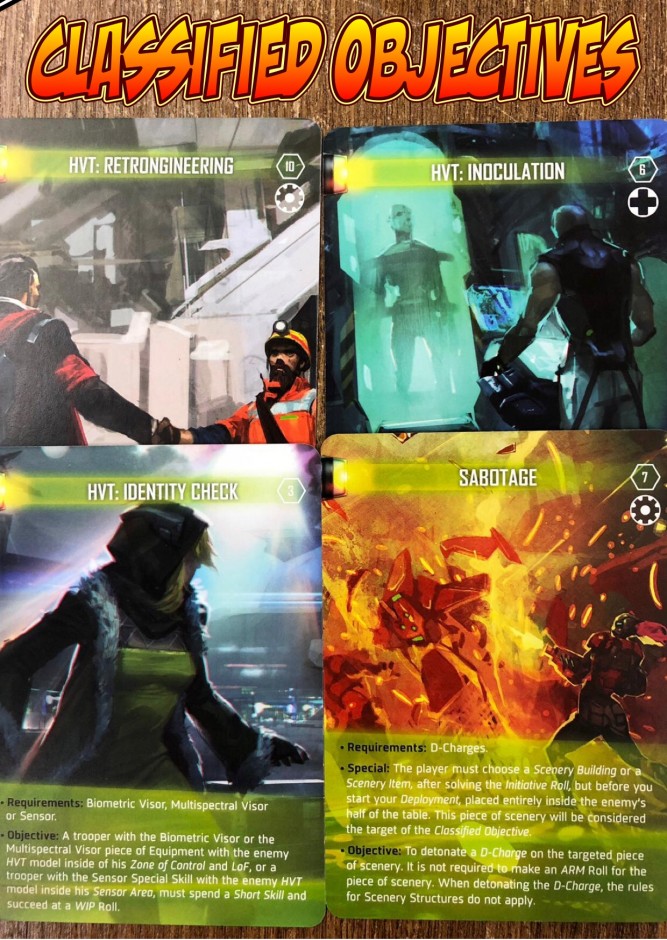