This time we went for them, the O-12 is trying to control all the movements in the asteroid and they have already blocked us too much …. A VIRD team was summoned for the assault. The terrain conditions were complex, so we opted for a team strongly supported by remotes. A sierra and a linked clipper for reactive, and a bulleteer for the attack were chosen, in addition to a fugazzi to protect the deployment. The rest of the “clipper link” included a Kamau HMG and fusiliers, as always the Zulu Cobra showed up to the fight and we summoned two brave Echo to try to skip the saturation zone that we previously detected. The O-12 stood firm with a peeler, Epsilon sniper, and several Kappas for the rear, attacking with the furious Gamma supported by the intractable Gangbuster (two KH) and his madtraps, very danger in this mission … For the final attack came a Delta with boarding shotgun and for the support Lambdas engineer and another doctor…finally a Lynx specialist operative to complicate things more to PanO.

The first turn was for O-12, they start broken the VIRD defensive line, the Gamma disabled the linked clipper and the saw, but without destroying any of them. This opened the way for the gangbusters to advance across the table and position themselves on two of the three antennas in play. They covered the area with madtrpas and took one of them, generating an important denial area. repositioning of the peeler, which unexpectedly received a fire impact from a Helot, deactivated it.
Now was the turn of Varuna, A Zulu Cobra was on the roof of a building going unnoticed the entired O-12 furst turn. He moved being unattainable for the madtraps and launched a successful jammer attack over gangbuster leaving it isolated and deactivating the madtraps. This allowed an Echo Bravo to land and position a wildparrot in line shooting with the gangbuster. Then The Echo moves and fired his shotgun While the wildparrot was activated by the gangbuster’s desperate dodge, it was in vain…the O-12 infiltrator fell dead in battle. Now the Echo would join with a bulleteer to hunt the Gamma. The same strategy, position a wildparrot, but now shoot with the bulleter at close range … 3 times we did this inflicting just a wound to the Gamma unit, these guys are hard …but the Echo tooks an antenna for VIRD. Finally an engineer repaired the clipper. Now O-12 tried to regain ground by attacking the clipper through the Gamma unit, it was more difficult than they thought but managed to destroy it. Then a Lynx appeared and crossed the table to avenge the gangbuster. He managed to position himself in cover to glare the Echo and the bulleteer with his plasma carbine, but managed to be isolated by the jammer of the Zulu Cobra. Epsilon appeared and took a dominant position in the heights, while the specialist kappas approached the objectives. VIRD reacts strongly killing the other gangbuster in hands of a ZC forward observer (FO), and took the antenna. Then the same ZC kill two kappas and positioned very clos but not in base contact to take the console. The Kamau HMG eliminated the Lynxs, killing all the midfield specialist of O-12. In the final turn of O-12, the Gamma pulverized Helots and a fusilier, and sought to cover his console. Then came the cargo of the Delta … this time it was not so effective than last time eliminating another Helots, but falling into the hands of a fusilier … The game was already opting for VIRD, which advanced with the ZC FO as a camouflage marker to hide, reveals and control the console. Finally, the second Echo appeared to make a classified and ending all hope of O-12 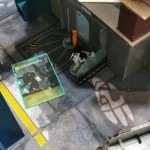 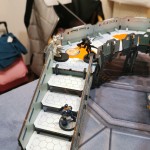 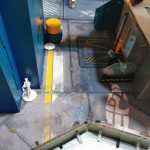 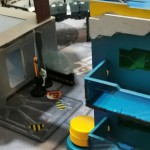 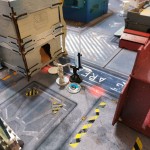 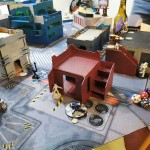 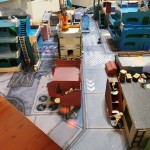 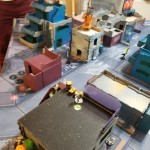 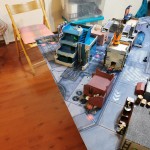 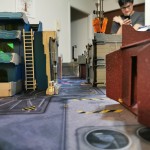 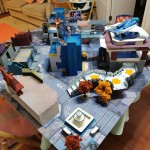 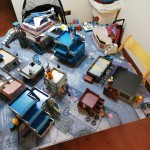