– What the hell happened here ??? Why is it reported to me that the lieutenant is unconscious and the squad suffered heavy losses? Are you trapped or are you just a bunch of idiots? Sergeant Black, I demand an explanation from you!

An Omega veteran in armor smoked from the flame of a flamethrower, rose from his seat and began answer:

– Wolf, calm down, you know us all for a long time and this army barking is useless … We were transferred from the maze and ordered to examine the area evacuated from civilians, in this territory we saw Shasvastii. But these were not aliens, although for a long time we believed that it was them. At first, communication with two Epsilon and one Sirius was lost. We have lost our “eyes.” Then the Lynx shot some huge shadow, but that thing was strong ….
– Black, what a bullshit! Who was that?
-It was troops of Ariadna, our allies, the forces of Merovingia.

The surprise on the captain’s face said everything for him:

– Keep track of the state of the lieutenant. I have to report it higher.
– Captain, they know who we are … 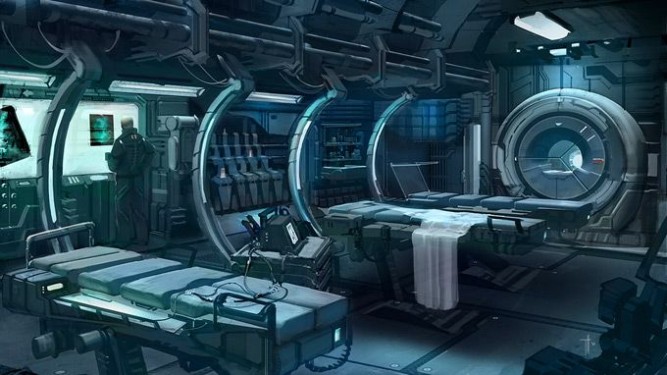 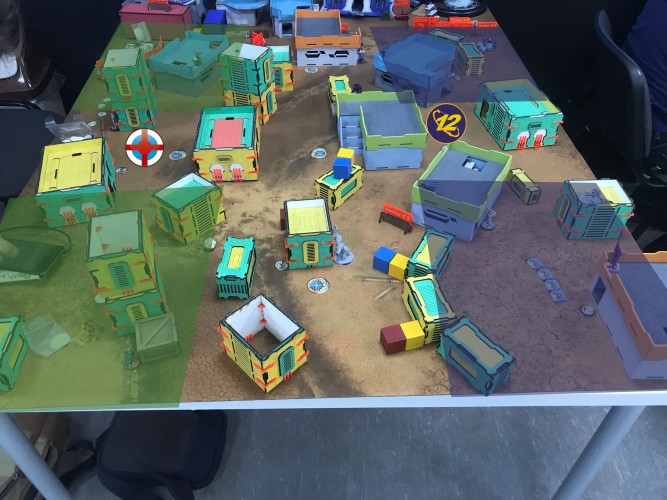 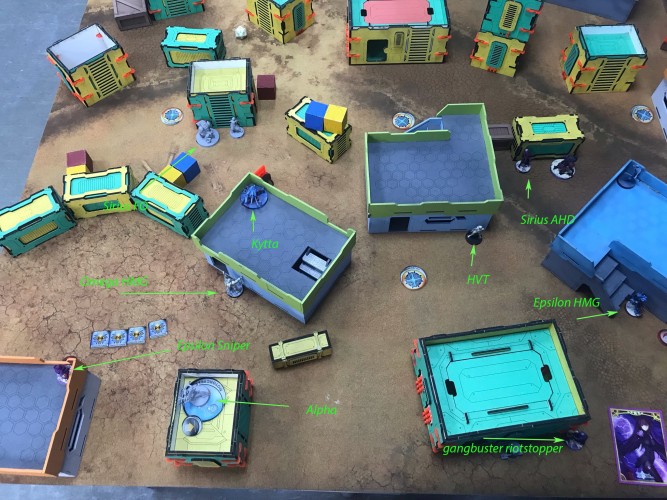 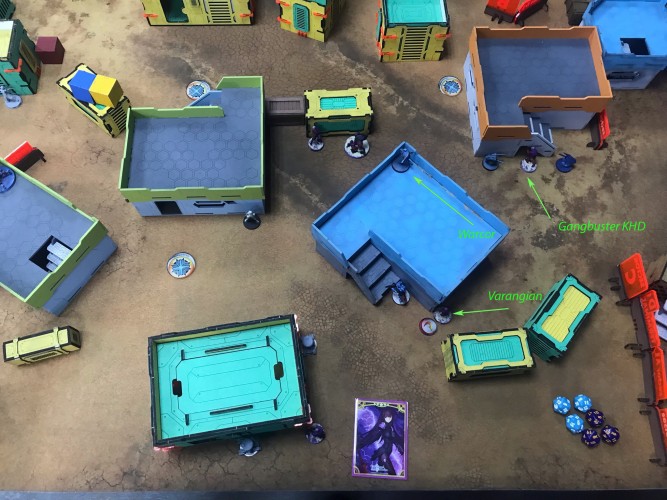 The first thing that happened was a successful infiltration of the Metro. (In house near gangbuster with l.riotstopper) Then she (it was she), shot Epsilon with HMG and Sirius AHD, evading two traps.

A little later she was stopped by a gangbuster.

A sniper fire began on our positions. The warcore and epsilon sniper fell (the wrong numbers fell out on my dice). 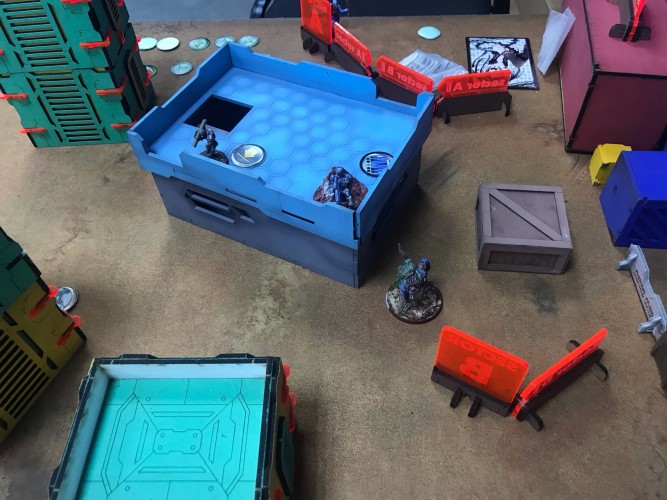 Duroc ran out from here, but received one shot from the Lynx from the opposite edge of the field.

Such control diminished the agility of the French. They lost a sniper, also shot by a Lynx and their machine gunner did not know what to do. 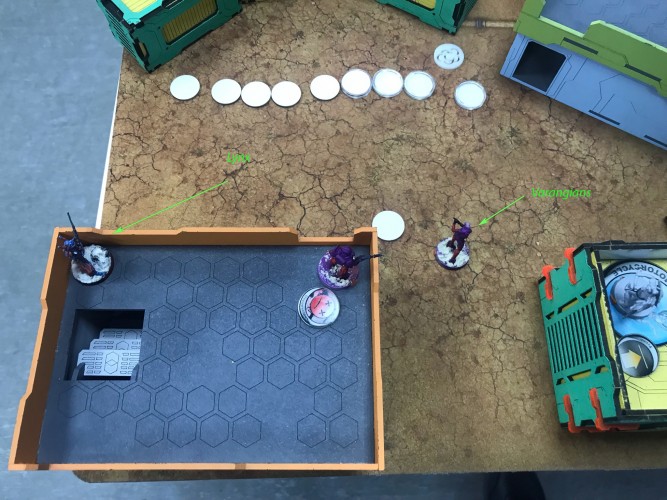 Lynx position ( The hero of this fight! )

A little further from the sniper: Sirius FO went to the antennas and successfully interacted with one of them. And Omega hastened to that place, simultaneously skirmishing with the opponent’s link and standing at the end in a supressfire state.

The Varangians also rushed forward, but this movement was more designed for positioning.

Further events began to take an even more bloody turn: Duroc dodging two madtraps and in close combat hit the gangbuster KHD, shot another gangbuster, but he fell at the hands of the varangian. 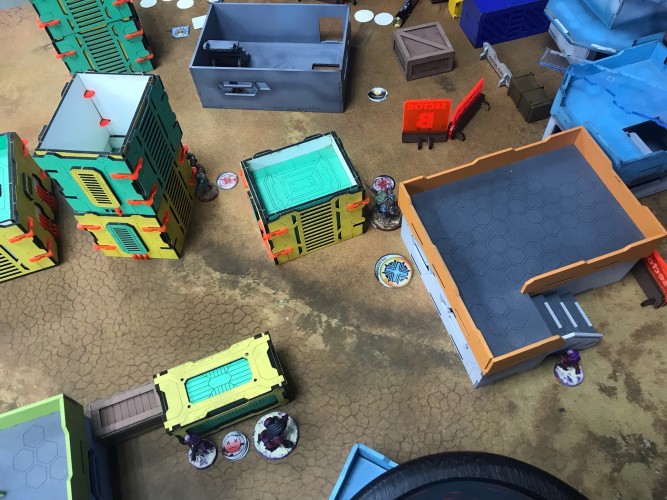 Wounded Duroc breaks into our territory 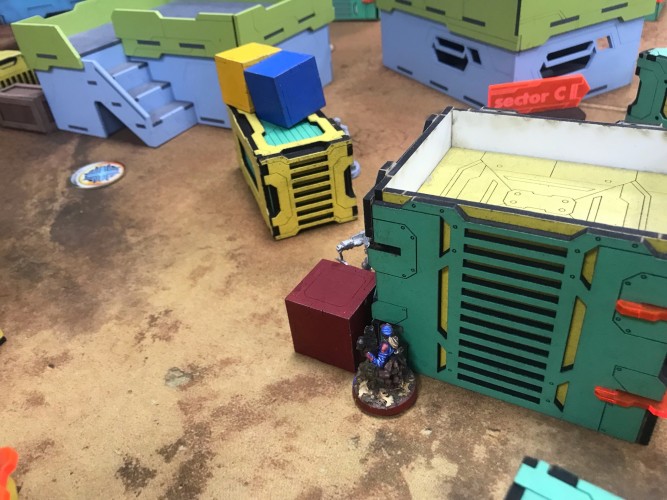 On the other half of the table, Chasseur tried to burn omega and Sirius, but nothing came of it.

The varangian ran forward and after a long shootout, laid down the chasseur. The advancing enemy link, and also three specialists were stopped by omega fire. But unfortunately, before death, one of the enemy’s specialists was able to activate the antenna. 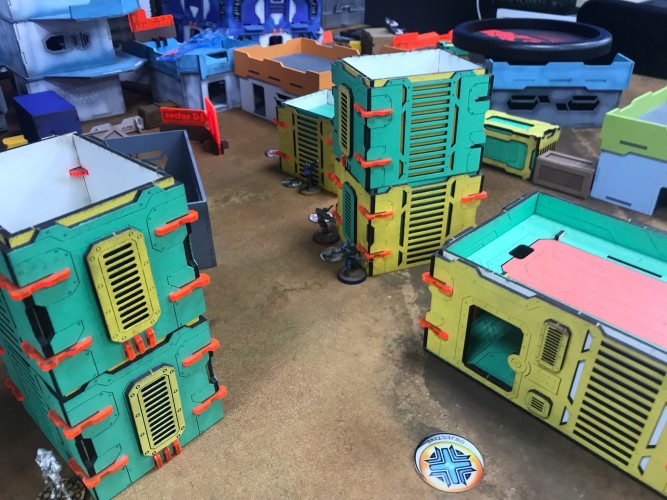 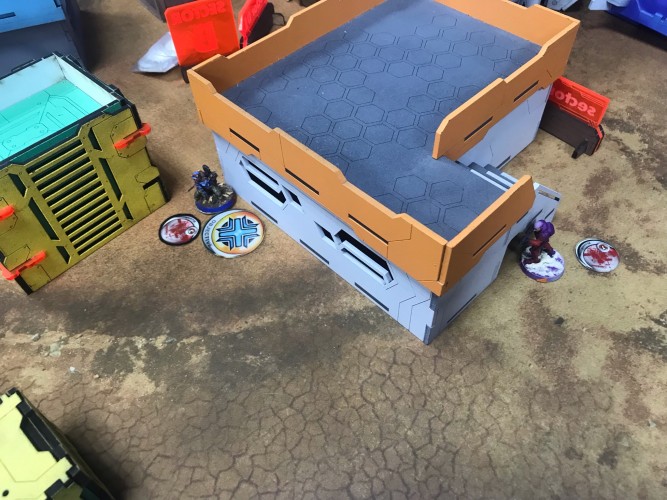 And again a sharp turn of events ...

An enemy paratrooper came in from behind us - it was Margot. It was because of her grenade launcher fire that our lieutenant was unconscious (crit on the speculative fire)

Then Sirius fell with a severe wound. And only at that moment we began to understand who our enemy really is ...

- Sir, please forgive me, but they say not far from the territory of our collision Victor Messer was noticed. Perhaps this whole battle was his distraction. But this does not justify the actions of the Ariadna's soldiers . I'm sure they knew who they attacked!

-Sergeant, you should not care about this here and now. Information will come above.
And if this does not reassure you, then think about the fact that our fighters had cubes and they still return to duty. But the Ariadna's soldiers are not equipped with them. And yet, did you say Victor Messer? We will begin the hunt for him as soon as the lieutenant returns to normal.