Harry's Bar is closed for repairs

Zhang signed up with the Yu Jing forces leaving to go fight the JSA again. He vowed to get payback whenever possible. His commendations were known around the Pit for how he last handled the JSA and he told everyone to let him know when they were going back out. This time it was more reconnaissance, as the forces were mixed Yu Jing. Two Guilang were hanging out near the shuttle ready to take off. They were always a bit dodgy, but incredibly handle in a tough situation.

The shuttle ride was uneventful. The Guilang were dropped into place on a flank of town, and we were dropped in the outskirts. This let the Guilang get into position to setup any recon and ambush where they saw fit. Guilang operate singularly or in pairs normally. They are self sufficient and can handle just about any situation from extreme cold to extreme heat.

Right as we entered town, we got a radio call from one of the Guilang, Li Quang. He was a forward observer and had spotted some Zuyong donned in new paint and markings/insignia that were obviously not Yu Jing. These were mercenaries belonging to Dahshat. Li Jun, a Dao Fei that was along for this skirmish also had eyes on them. He reported he was going to lay low until we moved into position.

Li Yong was in the low orbit drop station awaiting orders. Li Yong was part of the Tiger Soldier regiment for many years, and would jump out of, and through just about anything. Li Yong had been resurrected in a different body many times, but he’d always taken many with him. Li Yong just received orders to drop to a specific location. He dropped his visor down to cover his face and allow him to breathe and provide protection, and went to the hatch. The hatch under him opened and he stood on the platform staring at the Signal light for when the Station orbiting the asteroid was in position, he would jettison to his location. This time around he was going to land just outside of the combat engagement zone and walk in unnoticed.

Li Yong walked up to a building and sighted th Zuyong armor that Li Quang sighted in. Li Yong leveld his Spitfire and let a burst rip. The Zuyong fired back and miraculously one of the bullets colited in the air spiring a marvelous spark. A second shot was released by Li Yong and made its mark this time. Obviously wounding the Zuyong, he dropped back out of slight. Li Yong saw another Zuyong ontop of a roof some distance behind his first target and he let a shot rip. It hit this Zuyong and he made a solid hit on him. This Zuyong remained where he was standing and turned to face him. Additional exchanges and no additional damage was done.

As Zhang moved into position, he heard the teltale sound of the Kuang Shi and their controller. They shuffled around and acted like angry dogs ready to pounce. They moved up and were further restrained by their controller so they didn’t do anything stupid. Along for the fun were two Shaolin Monks.

The Zuyong annoyed at the Tiger Soldier decided to move up and take some shots. The first three bouts of shots whiffed, and finally managed to knock out Li Yong. Li Would fight another day, but today his cube would need to be recovered and uploaded to a new body. The fireteam of Zuyong then proceeded to jump up into a building to get cover and prepared for another onslaught by the Yu Jing troops.

I decided it was time to put some hurt into a total reaction HMG bot that was a distance away, and after two bursts took it out. I then had my eyes set on the Missile Zuyong and took a shot. I was wounded and dropped unconcious on the battle field.

From what I’m told, one of the Guilang that set a mine earlier ran up and took out the Missile Launcher so the Doctor with us could bring me back up with the help from some smoke thrown by a Shaolin Monk. After that I remained where I was to avoid notice.

After all of the excitement, one of the monks quietly bowed to us all and charged forward, throwing smoke as he ran into one of the sight ranges and ran to the bottom of a building. He dropped smoke at his feet and quickly climbed up. Two blasts of a chain rifle were heard and then silence. Apparently he took out a bounty hunter and knocked out the missile launcher to unconscious.

The smoke cleared and the Zuyong wounded earlier was hesitant to move, as there was a stalemate between the Monk that appeared as the smoke blew away. From atop a building, a Ghulam shot down several bursts and took out the monk the daring monk that charged forward. This allowed the Ghulam doctor to run in and bring up the missile launcher Zuyong and put him on overwatch. Some additional doctoring was done, but the doctor unfortunately made things worse and killed off two guys.

On the final turn, I got up from my position with the assistance of smoke, and made a dash around the building I was using for cover. I ran up the stairs, went prone in the room, and popped up to take out the missile launcher. I made all my shots count, and he was eliminated.
I then took what looked like the leader of the team out, and put a bunch of rounds into him. He was eliminated as well. I attempted to take out the Doctor, but unfortunately walked right into a bullet and the world turned dark again.

Do to my Heroic efforts, we were able to control the area at the end of the battle. I’m told that the Li Quang and a monk were able to hold out against some additional mercenary Haqqislam forces, and control their quadrant to lock in victory. The Dao Fei unfortunately took two shotgun blasts to the face and did not survive.

OOC: All in all, a great battle, lots of blood and a very close game, 8-7 in favor of Yu Jing. 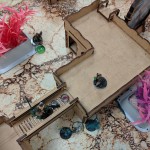 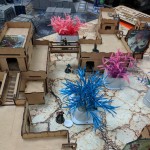 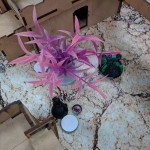 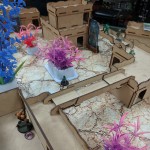 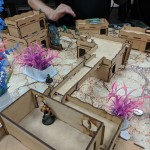 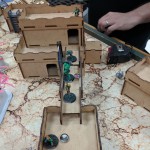 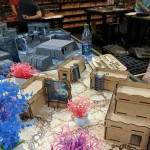 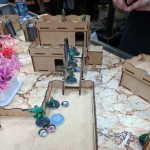 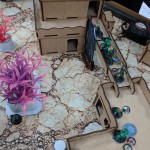 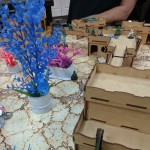 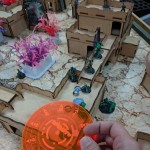 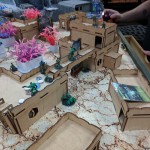 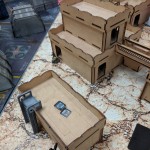 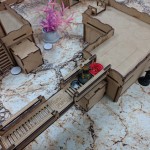 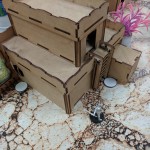 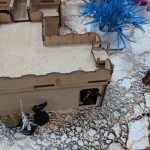 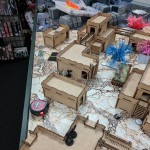