Fought At The Gallery Maze: The Passageways
235 days 19 hours 33 minutes ago

My first move. I took Sipsitor two opponent models and destroyed all the base infantry.
Opponent in the first move. The Tiger came in a combat leap and interrupted my infantry from me.
Second move. I destroyed the antenna and the Tiger.
In the second move, the opponent tried to kill my Avatar. But he could not and inflicted two wounds.
In my third move I finished it off. 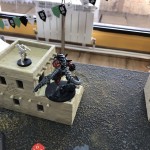 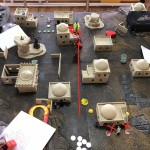 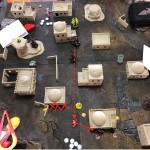