Bloody Grid on the rock!

Yu Jing Start their trics by chosing the table side, but they will have to play second. They inhibit 2 orders in the second combat group : they start to fear Senor Massacre, a good point…

“Lt Dvorjak, or position in The Gorge is compromised! Aleph has stroke or defenses and has missioned a Yu Jing team to take control of our Comms Center. This will not happen. You will be a stonewall in front of this intrusion and you will remain till all our datas will be transfered in a secured database. For this, you will activate our antenas and keep them in fonction. Good luck Lt, all of us are watching you.”

With this kind of orders, Dvorjak is motivated. A bit too much, maybe.
His fire team of alguaciles ruches to the HVT, scan its elements and kill her. Then they go further to secure the center of the table and to eliminate what seems to be an isolated ILO… but what is in reality a Kanren KH!?! WTF?!?
With a lot of chance, this first trap from the treacherous Yu Jing doesn’t work, and the killer hacker is killed in a terrible hacker combat! But the fire team, with its Lt is dangerously alone in the yu Jing table…
The bandit activate an antena in the center of the table and get back to its CAMO mode, while the little haris team (called “red butchers” in the Fregate “Fucking Liberty”) go ahead, to have a better starting zone latter.

Probably believing Nomades on the departure after Aleph’s incursion, Yu Jing reaction to Corregidor’s incursion is a riot of violence. They rush on Alguaciles, entrenched in the gas complex, and all meet their destiny : a death in suffering. Thanks to his dancing talents, Dvorjak managed to avoid the chain rifle storm, but he emerges alone from the stuggle… ah? No, sorry, he emerges with Katrina, the sniper, who killed almost all Kuang Shi. But all the 3 specialists of the fire team are dead… Gasp!

Form the other side, the Hsien warrior and his kill team think it is time to kill someone… So he get out from his nest, avoid a E/M grenade thrown by Senor Massacre himself and hursts the Intruder, while a kuang Shi rushes to a jaguar who kill him.
Daktari think it is time for her to show her skills. So she threw her zondbot to the intruder… and see a big hole in his head… so she shorten his suffering … Gasp!
Senor Massacre get out of his position and with “Red Butchers”, he kills Hsien and his team of 2 Zanings. During the assault, a jaguar is killed and the Senor is bathing in his blood…
In the center of the table, the bandit continues his mission and activate an other antena: data are getting out of this trap! And as he his in the back of the Celestial Guard, kill her in a beatifull shoot. He gets back to the darkness of a building.

Yu Jing react at the death of their lieutenant, the celestial guard, by activating a ninja killer hacker in the center of the table. Gasp!
The ninja activate one antena, and steals a Nomade antena! What a girl!

Lt Dvorjak decide to kill this ninja, and he orders the lunokhold to do it. The bot go in the center of the table, and uses is heavy flamethrower… But the ninja dodges the attack! Again, flames are everywhere, but again a great dodge! What a girl!
Senor massacre regenerate himself, and threw an E/M grenade to the Su Jian, which is inactivated! He then get in the street and shot the ninja, who is saved by her armour… What a girl!
Lt Dvorjak know now this ninja doesn’t want to die. So he decides to change his mind and to order Bandit to steal the Yu Jing antena, what he does, and the Intruder hacker to activate a third antena, what is done.

The brave ninja know she has the game in her hand. She activate a second antena, in front of the alguacile sniper who touch her, but the armour of the ninja is too thick. She continues here run to the third antena, but the sniper adjust her shoot, and kill her. What girls!

“Lt Dvorjak, we are happy with you. We didn’t understand your plan, to put all your best troups in a trap, but only the result is important. Have a rest, because next days will be terible.”
NB: Photos will come later, thanks to the crash of the site… 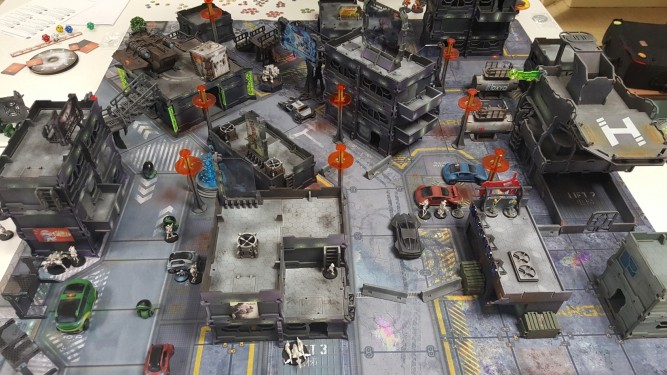 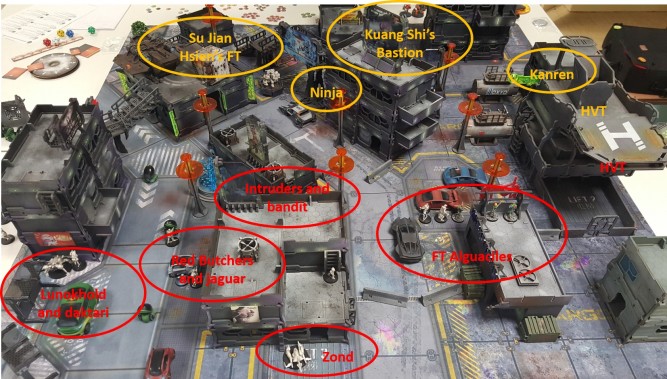 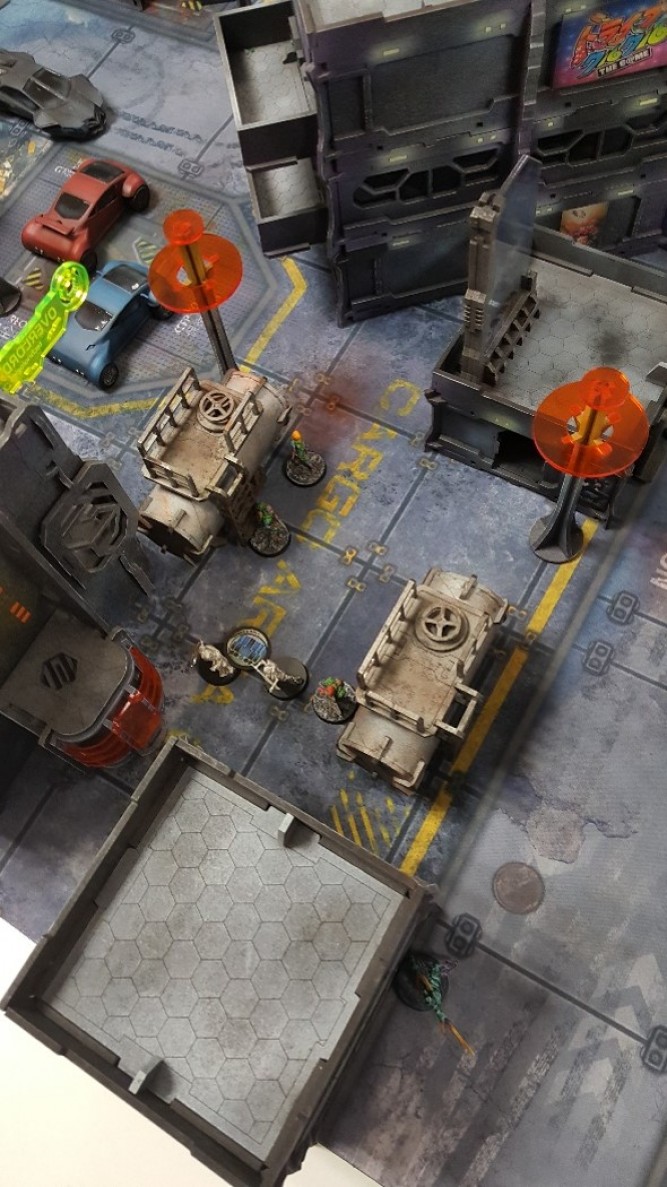 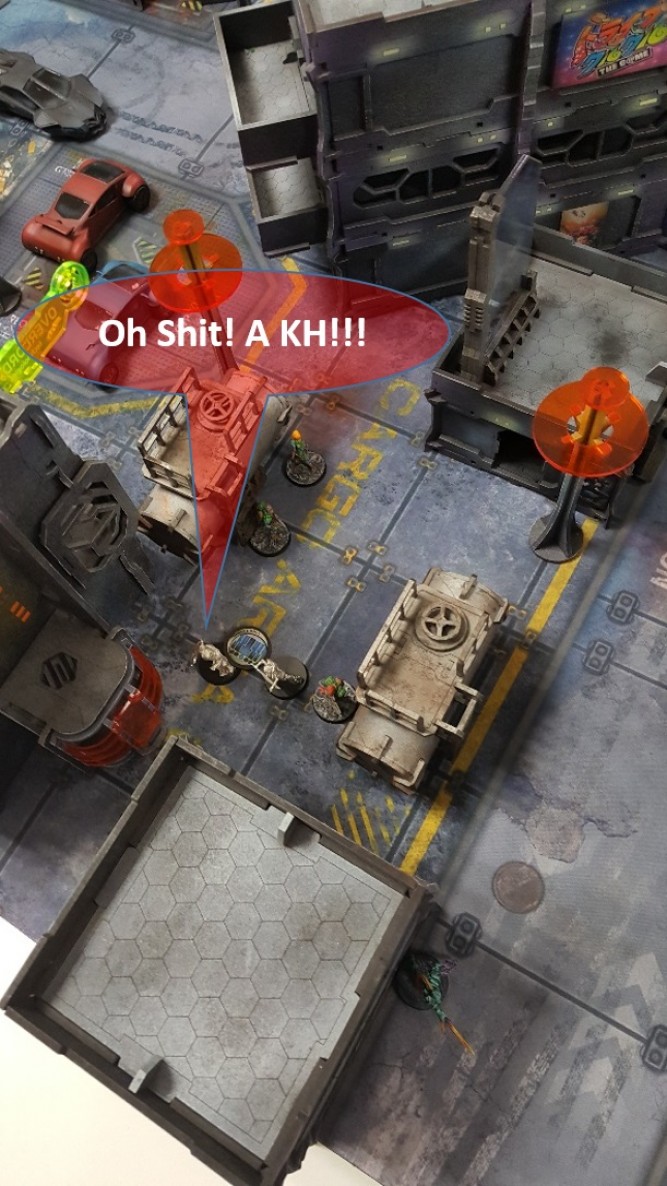 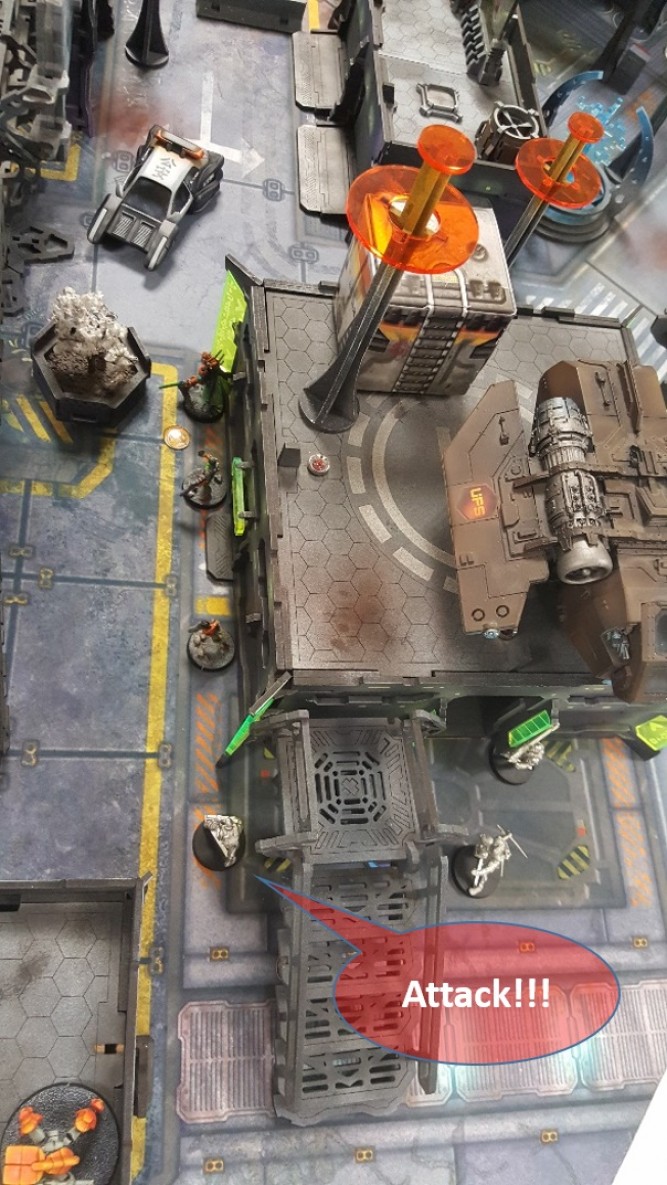 Hsien decides to go to kill the Intruder... what he does! (this guy is not funny)... but he is stroke back by the "Red Butchers"... 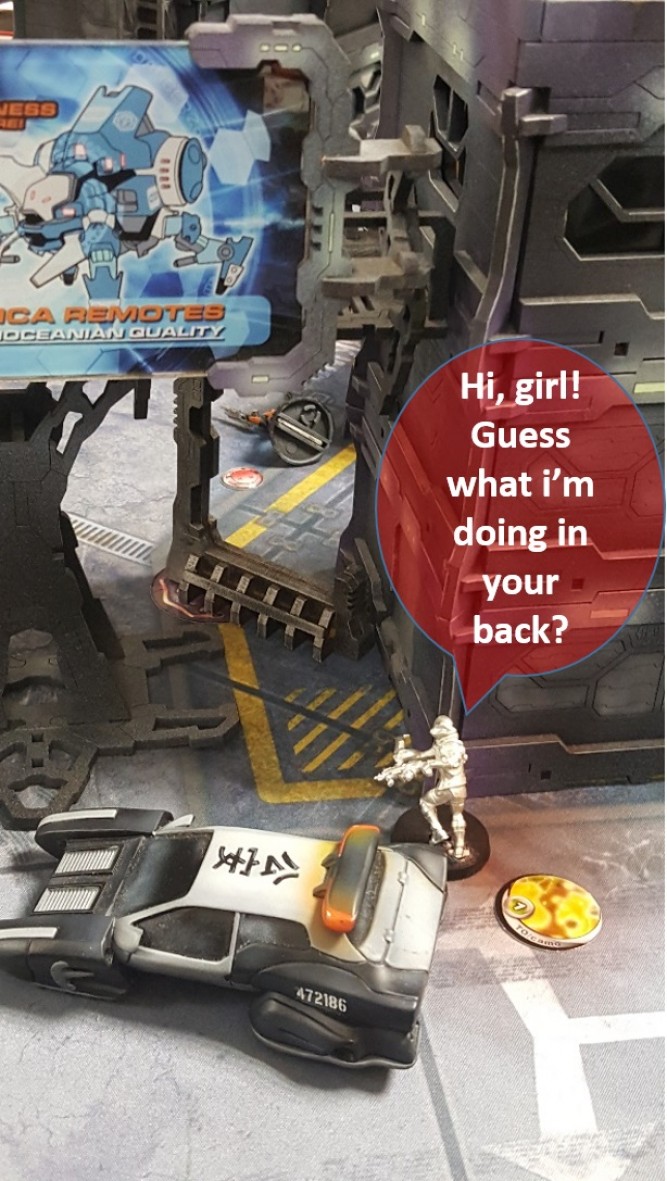 T2 : the bandit assaut on the celestial guard 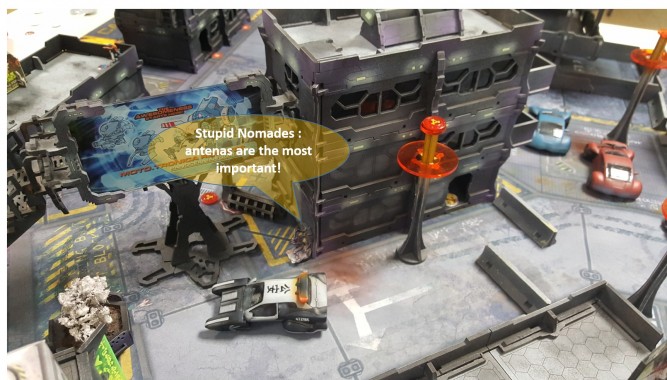 T2 But the Ninja strikes back! Yu Jing are still in the race... 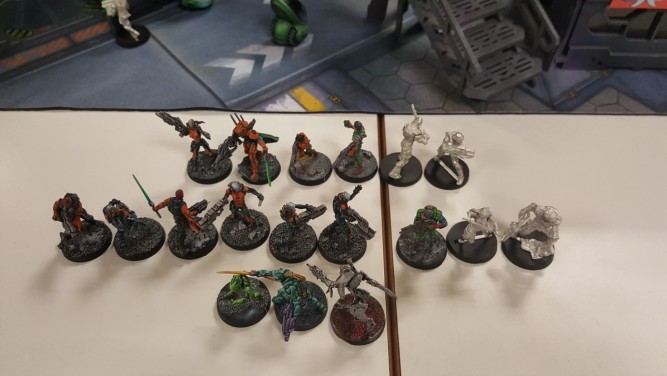 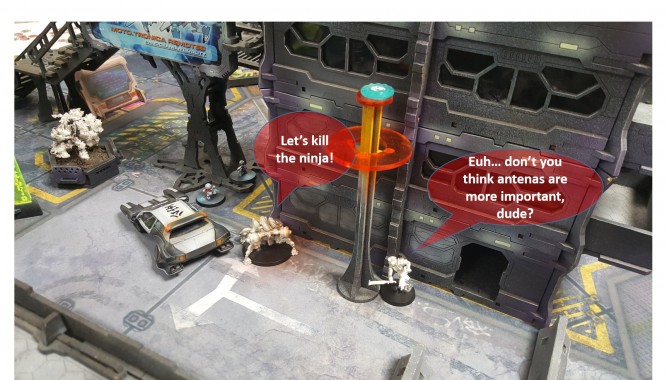 T3 The Ninja's hunt is open! 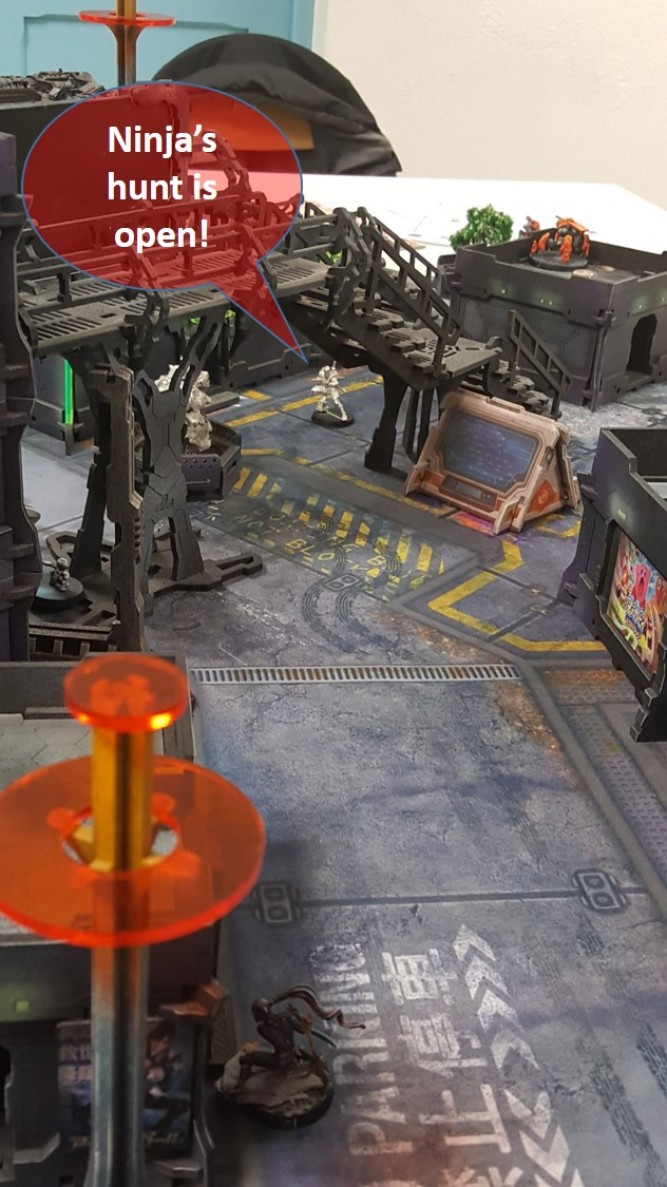 T3 : but not efficient at all! 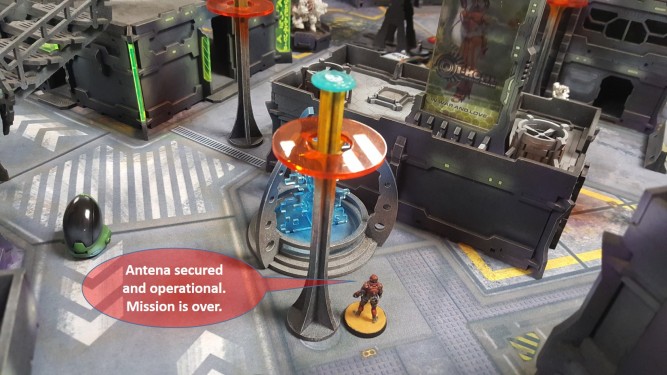 T3 : Finally, Intruder starts is brain and hack the Antena, and Ninja will be killed by Katrina, the Alguacile sniper...