Astrid’s team had gotten into trouble. Again. Something involving a blow-up unicorn in the commander’s room. She was going to kill Dash someday she thought to herself. They had been put up against trained and battle-hardened Yu Jing troops. She was pacing outside the office chanting “shit, shit, shit”, and not paying attention to her surroundings, so she didn’t notice Thamyris and Hippolyta, before he proposed a possible “solution” to her problem.

Note: Not many painted models and a lot of proxies, also since this was my first game that wasn’t a tutorial, we didn’t use the special campaign rules but still played quadrant, opponent says Hippolyta is bullshit. (I passed armor checks on her that really should have failed several times). All walls, fences and shipping containers were assumed to be infinitely tall, to represent an indoor map.

O-12 side
There is a popular show in the maya-net that follows squads of soldiers as they started their training and up until they will enter real combat, one of these squads have become rather popular and giving the nickname “team rainbow” due to their more colorful tactics. The following report is about them getting into their usual shenanigans.

Kim “Rainbow” Dash was grinning from ear to ear, as she passed out the modified smoke and eclipse grenades “I added some more colour to our game, try to throw as many of these as possible doing the fight”. Hippolyta took the new eclipse grenades, there was a ton of glitter on it and she suspected more inside. If nothing else this would be fun she thought as “Rainbow” also handed out bags of rainbow confetti. “Throw this up in the air when you die, show those old bastards in the comms room we die with style here” looking over to Hippolyta and Thamyris “No offence to you two, thanks a lot for doing this we owe you drinks.”

The Yu Jing forces started moving as soon as the alarm sounded “fast bastards” Alena thought as she kept poking out to see if she could spot anyone, bad move there was a big guy behind the blue fence, after just a few peaks she hit the floor, hard, under a storm of bullets from their Yan Huo. She had barely gotten her breath back before Mia started cursing wildly over the comms about Spot being shut down. “Those Chinese bastards had brought their own hacker, she is going to be pissed about that” was the thought running through her head.

“There is one!” Zoe yelled over the comms and pointing out a girl in camo, they had all learned to turn her down before a fight, she got way to into it with her pictures. “My turn” Sue said as she rushed towards the Dāoyīng, throwing a smoke bomb just before reaching her line of sight, Charles right behind her. Purple smoke soon filled her field of vision, but she knew where her target was as she rushed the Dāoyīng, she only vaguely heard Rainbow yell for her to save some fun for her before she had firstly missed and then felt the uncomfortable feeling of having been stabbed herself. “Damm, she is fast” she thought to herself was she laid down next to her, making sure to throw up some glitter just in case Zoe was able to catch it on tape.

Rainbow started running throwing down a green smoke grenade as she did so, to cover herself from the Zuyong that had been spotted a little forward. she cursed as she heard Sue go down.

Charles rushed thought he smoke and into the building, saying he was going to flank the bastards.

Senja remained silent as she under the cover of Rainbow’s smoke ran up for better cover. She could see her target poking out even though the smoke, a Zuyong with a HMG, she loved her visor. She lined up her shot and cursed quietly as the shot only grazed him, not a clean kill.

Zoe wanted a better shot of the action and started running closer, under the cover fire from Jürgen who was firing a hail of bullets in the direction of the Zuyong, she got some good shots of him doing it.

Hippolyta only vaguely listened to what the others were saying over the comms, as she started running up to the Yan Huo, darting between cover trying to make her ODD work with the rainbow blanket that she had of an a makeshift cloak instead of her usual cloak. Throwing down an eclipse grenade she couldn’t help but laugh a little out loud as the grenade exploded and tons of glitter flew through the air. The thought of the Yan Huo never being able to get rid of all of it in his suit put a smile on her face, as she jumped on him, knocking him down.

The glitter was still hanging in the air when the first bullet hit Hippolyta rainbow cloak. She started darting backwards into cover, trying at the same time to let lose another grenade, she almost got hit a few times before she finally got it off a new cloud of glitter filled the air. “Shit” she thought to herself “I think the cloak is throwing off their aim” as she glanced at the cloak now riddled with bullet holes. That glance was all it took, the Yan Huo had gotten up again and had moved, it was barely a hit, but hit she was, she grabbed the bag of confetti and threw some into the air as she laid down.

Charles rushed through the building throwing a smoke grenade out the window before jumping though. He stabbed the Haidao and heard Mia cheer with excitement.

Mia cheered as she heard Charles stab the Haidao they had gotten a few kills in! Because they were busy with Hippolyta they hadn’t even noticed she had scanned their Yan Huo while he was down, and now Hippolyta had once again provided ample opportunity for Mia to move up silently and hack both the Yan Huo and their sniper, she started giggling to herself and told Jürgen he could move up.

Jürgen moved in front of the doorway and started shooting the Hǎidào Sniper until he fell to the ground, he then moved into the house on the other side, keeping an eye out ready to shoot the Yan Huo is it as much as moved an inch, which it quickly did, his HMG made short work of him.

Rushing to at least even the playing field the Zhanshi started to shoot at Charles who had moved up to his next target, in the bind hail of fire the Zhanshi shot their own guy! Charles laughed out loud and threw some confetti into the air, as he jumped on the remaining one.

“These ones are mine!” Rainbow yelled as she head from Mia that the remaining Yu Jing forces had entered the building. Coming in just a second late, as Mia fell to the ground confetti everywhere, Rainbow tossed a red grenade as she jumped on them. Quickly there was only one Zhanshi left in the smoke the others not completely playing dead but “accidently” having fallen in such a way that they blocked her path to the last guy rater effectually, they were laughing with her at this point as she asked the Zhanshi to come out and fight her like a man “YOU ARE NOT WELCOME IN FORT KICKASS” was the only response she got and she pulled out her 2 chain-colts. She was barely able to aim due to being in the middle of a laughing fit. She missed which only made the Zhanshi say it again. Astrid came running over, but due to the smoke and even her laughing she also missed with both of her nanopulsers. Rainbow could almost not take it anymore and in a last bit of defiance and full out laughing she threw her weapon at the Zhanshi, missing of course, but she wasn’t aiming. She was thinking of how their comms must have blown up when the glitter, smoke and confetti had started and of how both of their respective commanders would handle the situation that had not turned rather comical.

After the battle Astrid’s troop got a stern talking too and reprimanded for messing with equipment but she also got the pleasure of seeing her own commander’s face turn bright red as the observing commanders applauded her team’s “unconventional” strategy for distraction and on their first beautiful victory against real combatants.

Zoe Sykes approached the Yu Jing afterwards giving them free copies of the epic photos she took, and also completely ignoring the awkward fact that they had been trying to shoot at her doing the fight. She got some epic shots of the Dāoyīng Zhulie and the Zuyong Rai Chen. Some pictures were later used as Yu Jing propaganda.

Due to the surprise appearance of Hippolyta and Thamyris and the appearance of Yu Jing the show have gained a new surge of following, as it has been allowed to enter the imperial state and because the Aleph legends pull in many people to watch the show. 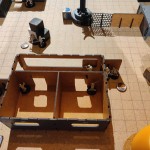 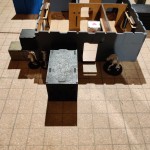 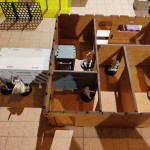 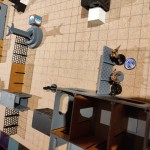 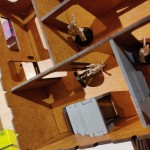 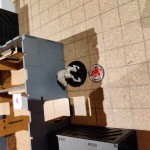 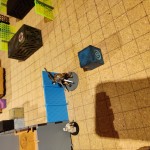 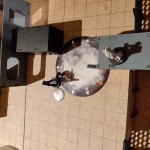 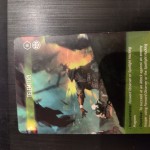 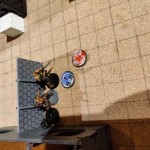 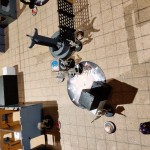 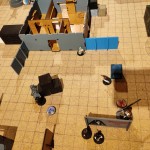 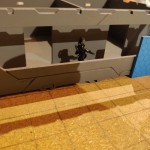 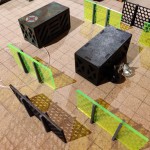 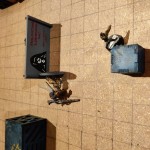 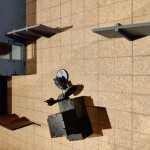 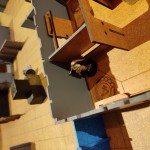 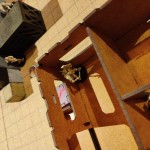 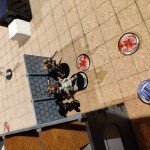 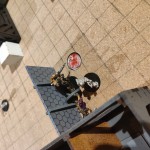 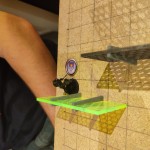 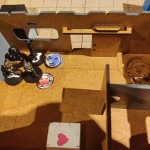 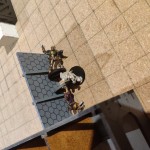 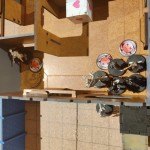