It looked like ariadnan beings, but that old security cam only gave us a pretty blurry view of the situation. (1)(2) Anyway, nobody but us was supposed ton come that close to the antennas. With all that growing shasvastii activity, we could not afford to take any risk. Orders were cristal clear.

We could not see any of them when we arrived, as they were beyond the saturation zone. But on is never too carefull, they were probably watching the mid field. I ordered our Varangian to add smoke to ensure we were safe. Then, the female twin took control of the right antenna and felt back. With those two and the Gangbuster on the floor, plus our sniper covering them from a rooftop, I was quite confident in our capability to hold that flank.
The enemy went for the left antenna. I saw them on another camera : an observer with a cowboy hat and a girl with a grenade launcher watching his back. (3) But what truely catched my attention was a third screen showing that scary bold man with his big axe, coming right from our back.

I feared for the Epsilon’s life, but the Varangian managed to catch the axer in a smoke just in time. With the help of his MVS and his pistol, the sniper shot him at point blank. The male twin and I were too light to wipe out the presumed USARF forces on the left, but the Sirius Team claimed the central antenna.
Luck was on our side. Both the Sirius and her Bot escaped rocket launches form an operative who extended a bit too much, to be gunned down by the female twin. Her brother and I nearly got caught by grenades. And a flamethrower on his way to burn all our guys on the right was intercepted by one of our marksman’s bullet before being in range to do so. (4)

One of us got much less luck : our Delta who failed to jump near the console on the enemy side. (5) He was shot by the hatted guy holding the left antenna. So, once again, the Varangian dropped a smoke grenade in order to blind a another flamethrower wielder. The female twin shot the lady with the rocket launcher to death, juste to be sure she would not be healed. And the Sirius went for the console, sacrificing ther Bot to keep the smoked guy at bay. (6) Then we took position, trying our best to hold the ground. (7)
Smoke vanished. The guy burnt the Bot. The Bot glued the guy. From her other flank, the Sirius unexpectidly survived the grenade launcher woman, and the male twin shot her in her back. She was the enemy leader, and the hatted guy tried to avenge her. But he failed. (8) As did the Kappa. (9)

This put an end to the fight, leaving us in control but full of questions. Did we face ariadnan people, or aliens ? And if they were human beings, were they ordered to attack us by the AEC, or were they just rogue fighters ? Did they only know they were facing O-12 ?
Anyway, things turned pretty well for us. Lucky we, it could so easily have been a disaster… 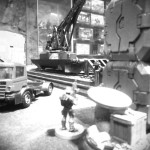 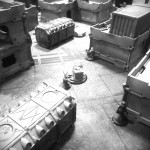 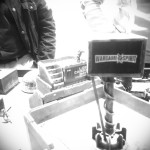 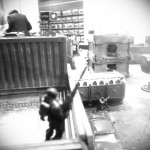 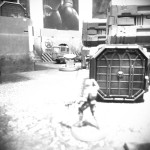 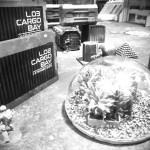 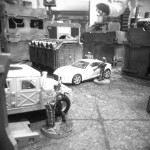