Fought At The Gorge: Arachne Node
975 days 22 minutes ago

A Nomad squad in charge of control and secure the transmissions antennas in The Gorge, ended up fighting a Corregidor crew that pretends to gather and sell intel to Liberty Cargo in order to get exclusive weapon cargo agreement.

With all the agitation generated by the gang wars for the control of the territory in the last few months, the Nomad Central Command have coordinated an operation to secure the Arachne Node area. It is a high valuable strategic enclave for The Nomad Army because this place is where all the incoming and outgoing intel gets transmitted. Thus, a heavily armoured intervention team, lead by the Lieutenant Orellana, established his outpost along the sector.

As soon as Sgt. Munoz (one of the sharpest snipers in the Intruder Assault Group) reached his guarding post, he gazed a Corregidor command using some of the Transmissions Antennas. After a more detailed look, he managed to spot Lupe Balboa with an Alguacil fireteam, and troops advancing using smoke grenades towards the rest of the transmissions labs. His orders were clear, protect the intel and eliminate any unauthorized presence in the node. Lt. Orellana did not hesitate and gave his team green light to unleash death on the targets, even knowing they were friendly troops.

To avoid a direct confrontation, the Nomad forces sent the deadly Lucia Vergara right behind one of the already vanishing smoke curtains. She is a condecorated Hellcat, well known by her motto “I work much better by myself”. Through the last smog particles, she could discern a human shade. Sadly for her, it was too late to regret her action, since she pulled the trigger before realising that the poor bastard at the end of her shotgun barrel was her teenage idol Sr. Massacre itself. Even before the last piece of grey matter has touched the dirty floor of the alley where now the legendary mercenary was lying down, she understood that, most likely, a bunch of loyal Jaguars will jump onto her craving for revenge in few seconds. So, she fellback to meet with the rest of her scout group. That, as usual, it was just Trece the zero (she always refused to learn her squadmates’ name, so she called them by the number of operations they have run together, trece has been her longer partner by far). Together, they managed to shelter in one of the labs and secure one Antenna.

In the meantime, the rest of the team was guarding the most septentrional area of the node covered by Sgt. Munoz’s Sniper Rifle and Nervios’ Spitfire (he was a well known Prowler in the asteroid due to his difficulties controlling his temper in stressful situations, or basically any situation). After the first shots interrupted the tranquility of the night, the Alguacil detachment tried to advance into enemy territory to give some coverage to the front troops. It was Mrs. Balboa the one in charge of discouraging them. Not even half of the body of the first Alguacil showed up around a corner when two propelled rockets impacted on him, leaving behind just a very unique scent, pork chops.

That was the signal for the rest of the Corregidor forces. They were ready to strike back. A rabid Jaguar hunted down Specialist Vergara and managed to avenged his Commander with an accurate shot from a far. Trece was able to remain hidden and away from what it sounded like an army stepping inside and controlling the room he was in a second ago. Before they could even notice Lucia went down, two Hellcats landed next to a stranded rookie Alguacil (his name starts with a C. Carlos, maybe, …). Until now, it is still uncertain how did he manage to obliterate one of the assaulters and maintain his position long enough to be aided by his rookie comrade (75% sure her name was related to an animal).

It was time for the Nomad forces to make a statement and convince the enemy troops to leave the territory. They planned a coordinated attack against the Alguacil fireteam posted on a building’s rooftop that control the operation from afar, but once again, Nervios could not content himself. He revealed himself with a loud burst of death that managed to kill one Alguacil, but at the same time, he called too much attention to himself. A Corregidor Sniper taught him once more, the lesson he keeps forgetting about self control. Despite the horrible death of Nervios, Sgt. Munoz took advantage of the situation, sniping down every single head off the rooftop and forcing those troops fast enough to dodge death to run and hide. They fellback to team up with their remaining troops to keep transmitting as long as they could.

It was time to finish up the rebellion. Lieutenant Orellana himself, lead the rest of his men to move forward and annihilate the enemy forces once and for all. The Nomad remaining forces rallied together to isolate the North East Antenna and from there, charged towards the west, sweeping away anyone stupid or brave enough daring to stay.

The surviving Corregidor forces, fled away fast enough to avoid a secure dead. Thus, the Nomad squad could finally secured the node and recover their lost troops.
Looks like Trece has been promoted to Catorce now and that they need reinforcements if they want to keep that area safe. 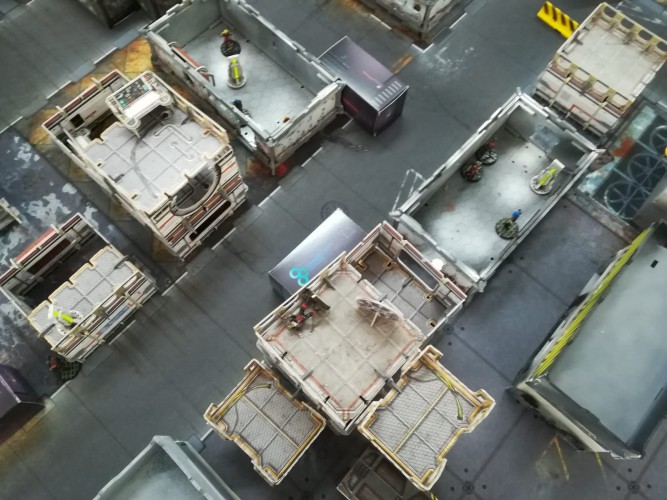 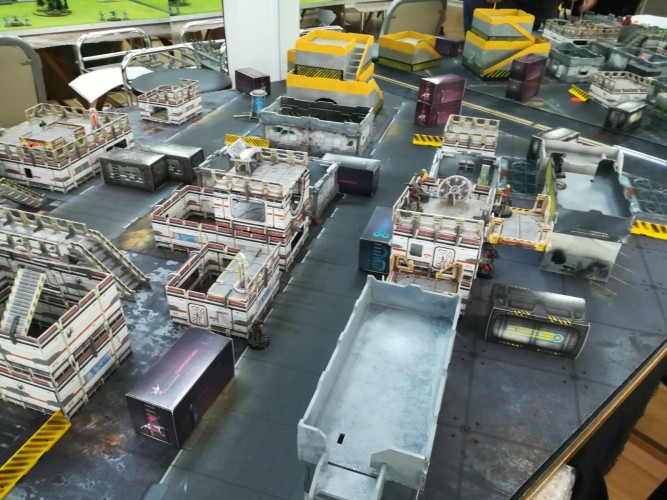 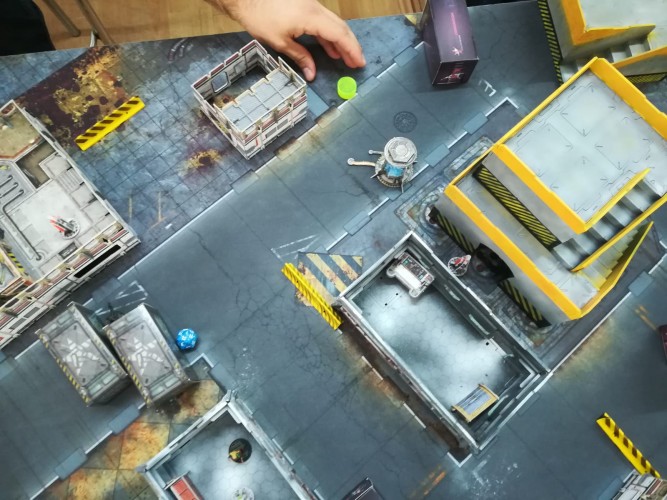 Lonely Alguacil inside the building controling one antenna.