Fought At The Gallery Maze: The Passageways
1138 days 7 hours 27 minutes ago

A total annihilation caused by a guided mission launcher and Awkrd the Interventor, a war hero now. 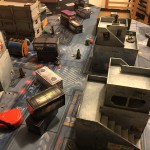 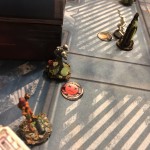 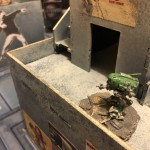 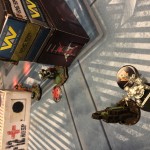 Grenzer Purslane, new Lieutenant after proving his value in the last battle has to secure and control the Gorge territory. The sector he needs to cover has Transmission Antennas and couple of consoles. Due to the large amount of commanders in the briefing meeting he had few minutes ago, he understood that no data should leave The Gorge. Unlike his last mission, he has specific orders to annihilate any troop that do not belong to his battalion. Thus, he prepared a counterattack strategy based on his best friend performance, Awkrd the interventor. That was his hacking name and ended up staying as his real life name after his glorious actions in the academy. Awkrd managed to hack an Airborne deployment signal from some YuYing troops and led them to land in the middle of a mosh pit during a metal festival full of RiotGrrrls.

With Awkrd covered, the Transductor Zond and the Securitate team advanced lines in order to amplify the hacker’s action range. After discovering some hidden troops and deploying some mines to cover the surrounding areas, it was all Akwrd and the Vertigo Zond.
They obliterated Qapu’s forces left flank that set a prelude of a nightmare for the rest of the skirmish.
Enemy forces tried to capture some Antennas in order to at least, being able to steal some data from our quarters, but our field men managed to stand still and stop their advance.
When the second wind of explosive death fall down onto the battlefield, there were just silence, blood and death rattles left for the rest of our troops.
Even though the extreme success of the operation, nobody was happy about what just had happened there. It was a total massacre, that for sure, will create repercussions in the future with the Qapu forces. Which, where sort of allies not little ago.