Ambush in the Fire Control Module

We dispatched a team of Yadu operatives, lead by a Shakti Aspect. Configuration S781d. Forward Observer, NCO, Heavy Machine Gun, and Rocket Launcher. Naga overwatch, Rudra marksman, and Dart scout provided perimeter support. Two netrods were also dispatched to area during previous operations, which were apportioned for use during patrol.

It became obvious these were not O-12 nor Ariadnan forces. These were part a Nomad infiltration force. A series of smoke grenades covered their approach.

Before the entire field became obscured, Shard fired her sniper rifle at an approaching Morlock. Having revealed herself, she became the target of a hail of gunfire, taking a hit and remaining conscious by sheer force of will.

The smoke cover advanced steadily. From around the corner of a building, trailing smoke behind them, a squad of Uberfallkommandos surprised our hidden Yadu team. Shakti and her Yadus reacted quickly with a hail of gunfire. Shakti’s incident report ends here, as she had fallen along with her number two in melee combat.

The final actions of the combat were recorded by Dart, who took up command after a few moments of battlefield confusion. As has been her way with my division, her details are sparse, terse, and critical. Her full command report has been filed separately.

After a final few seconds of combat, our team failed to complete their patrol and were forced to retreat.

I recommend returning for followup action to determine the goal of the Nomad forces here. 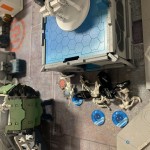 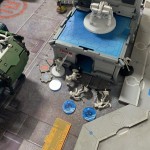 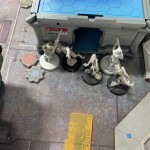 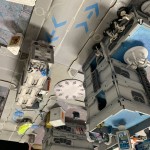