“Remember team, today we are receiving a crucial shipment for the development of this campaing. It’s going to be dropped at 1200 in the designed spots, located in the main strip. We have to be careful, but get those suplies no matter what, so fire at will if needed, I don’t want to have to apologize to the Emperor once again…”

Turn 1
“Why are they everywhere… Haidao, OPEN FIRE! Give those bastards something to remember…”

After deploying, the YuJing forces had first turn and they didn’t hesitate a momento to open fire at everything that was at sight. The Haidao sniper did his job and took out the O-12 sniper right in front of him with the first order.
While the shooting was taking place the sneaky Hulang advanced enough to take the first supply box, not without spending 3 orders to do so, and retreating after that. Then, the fire team formed by Tai Sheng and two Zuyongs advanced to position themselves occupying the main road. The turn ended, and the gamma unit with it… things were looking pretty well for the chinese forces.

The first 0-12 turn started with hyppolita advancing covered in Eclipse granades to pick up the second box, tying things up. Shots were taken at the chinese fire team, but the HMG Zuyong was specially motivated today, taking out more of the 0-12 forces with his AROs.

Turn 2
“Yes…yes… right as we planned… Listen up everyone, get that box in the middle and let’s get this done. We’ll get that Hyppolita soon enough! I don’t want any casualties today, not after what happened at the pit…”

The second turn Yu Jing kept sweeping the battlefield, taking out two more kappas. Tai Sheng advanced to pick the last box up and retreating everyone to safe, enough to secure a victory with no casualties and leaving the 0-12 troops unable to react fast enough to change the fate of the mission.

“See what are we able to do if we are focus and well organiced? Congratulations… first round on me, today we celebrate for our fallen brothers” 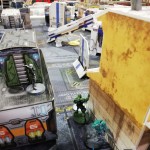 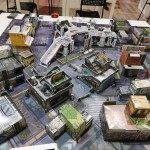 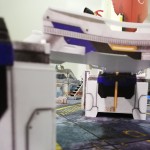 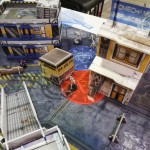 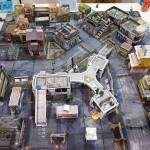