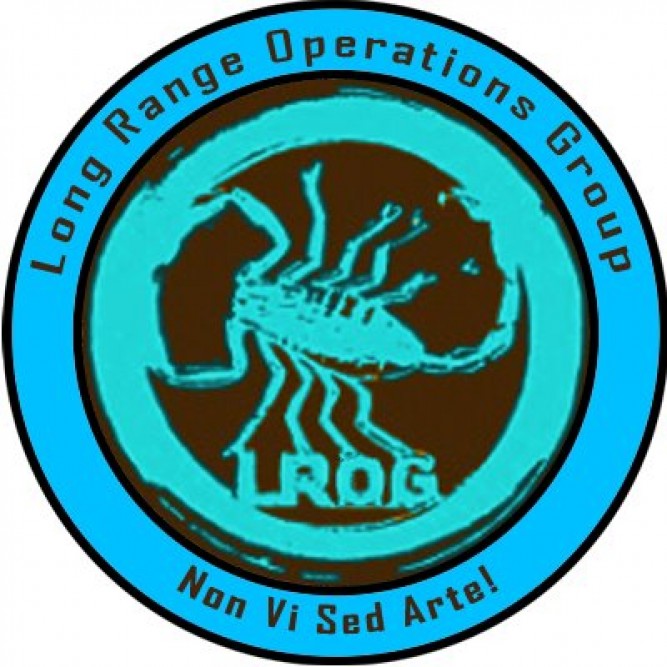 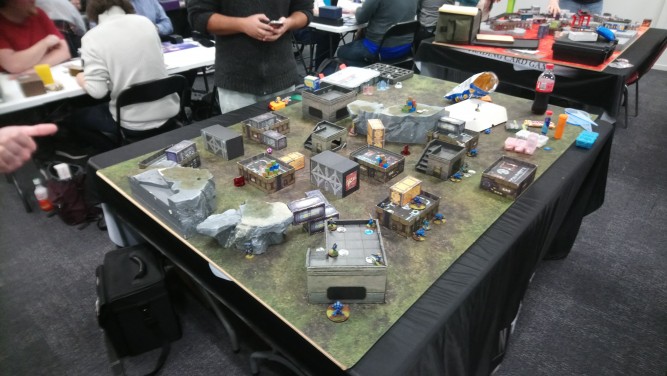 We were assigned the classified objectives of kidnapping an enemy HVT and mapping a sector of the front line.

Responding to a perimeter alarm LROG Team 1 encountered an unknown force attempting to gain access to the Liberty Cargo Logistics Center: Administration Area. The enemy refused to respond to hails and had no active IFF and thus were marked as a hostile threat. Team 1 deployed to engage and destroy them, eliminate their command structure, eliminate any specialists and eliminate any Data Tracker present. The enemy was dug into an advantageous position, but we seized the initiative and advanced to engage aggressively. 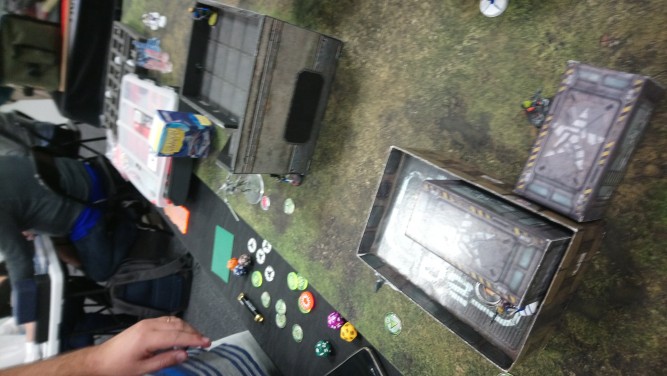 Optimate Huntress Dart moved up the right flank, taking up a position on top of the large building behind which some kind of TAG had deployed. She attempted to engage it with E/M Grenades but succeeded only it pushing it back out of cover. 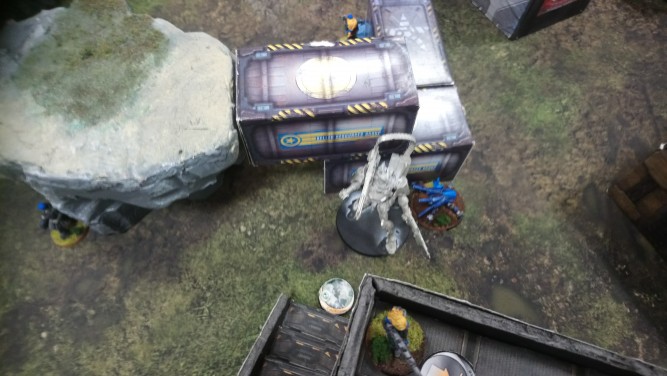 This allowed TAG Pilot Idonia to move across the battlefield in her Dragao and engage and destroy the enemy TAG, catching it out of cover after falling back from the E/M Grenades. 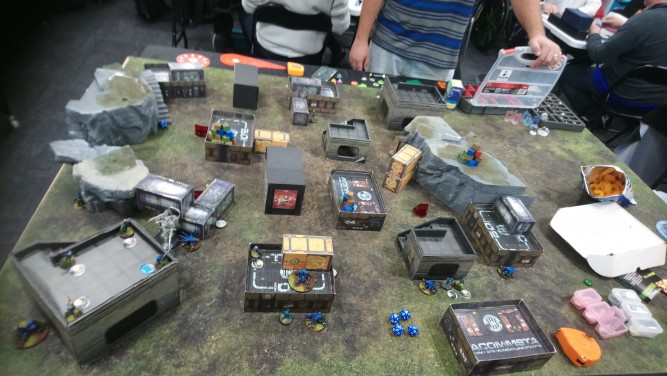 The TAG proved to be the enemy officer in charge, breaking their command and control at a critical juncture in the engagement and preventing them from responding effectively. 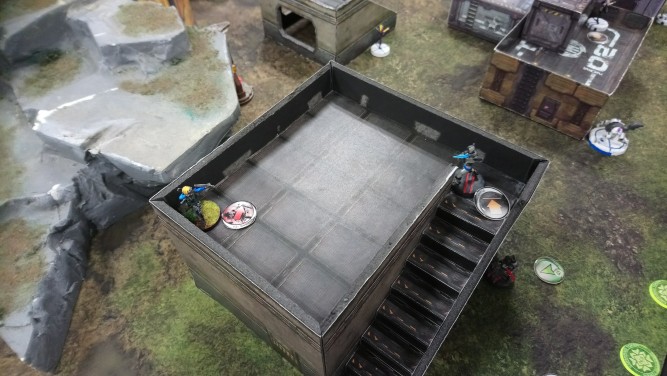 Their one successful response was to advance up the staircase and eliminate the combat lhost which Dart was inhabiting for this engagement. 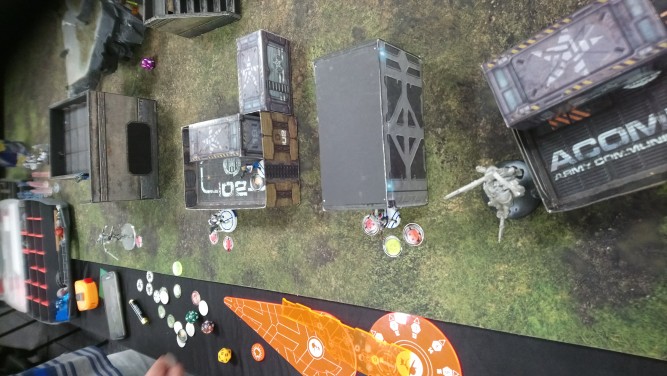 In response TAG Pilot Idonia took her Dragao down the left flank, engaging a Sniper which came out of Hidden Deployment to engage her before sweeping through the enemy midfield positions, their data transmission antenna and their backfield units.

Optimate Huntress Dart had her lhost destroyed in this engagement, the charge for a replacement unit has been forwarded to accounting.